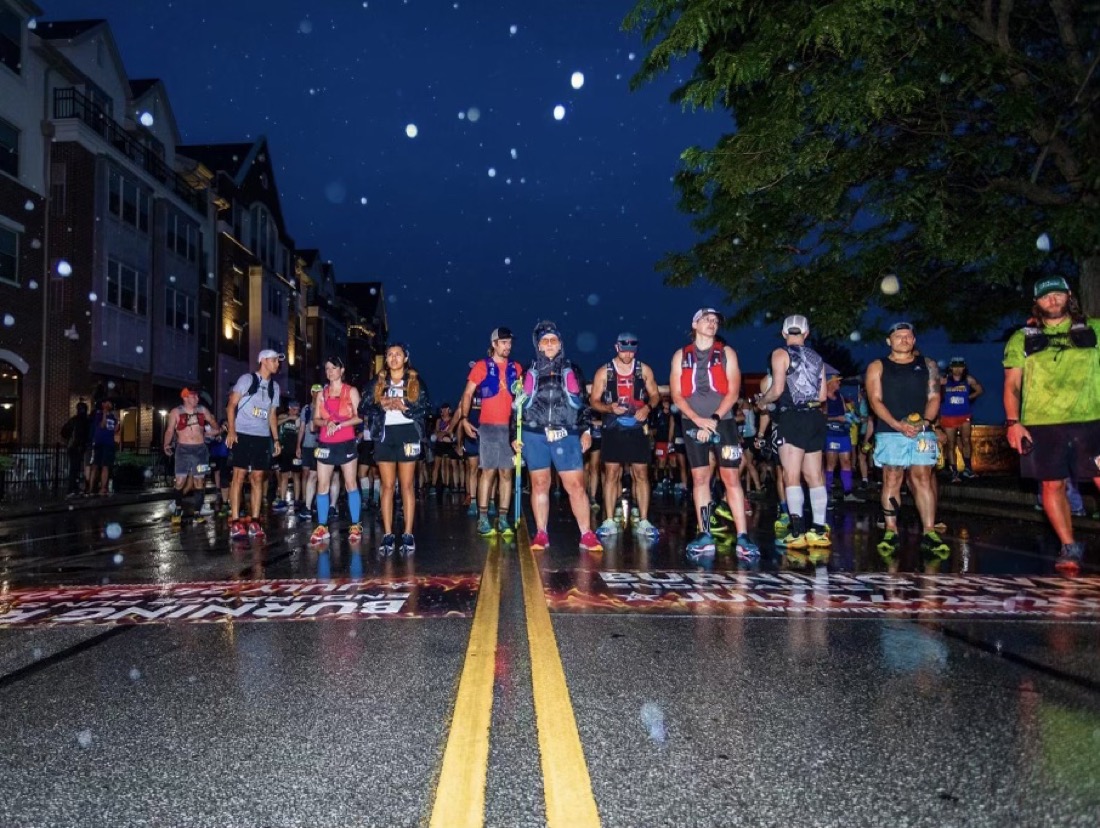 Burning River in the Rain

If you ask an ultramarathoner what it is like to run 100 miles, they will often tell you it is not for the faint-hearted. The 100-mile journey is an extreme example of its kind and not suited for someone who always plays it safe. During the 2021 Burning River, this phrase took on an entire new meaning.

Expect the unexpected. It’s another saying that 100-mile runners and race organizers live by.  Believe it or not, a race “day” that lasts 30 hours with 358 competitors racing 100 miles, there’s a chance for a few errors.  With that being said, it is best to always plan for what you weren’t planning for.

When it comes to race day, weather is a huge component. The stage was set for the gun to go off at 4 a.m. on July 24, 2021 in Cuyahoga Falls, OH. Throughout the entire week leading up to the Burning River 100, everyone is tracking the weather like a hawk.  During the meeting the night before the big day, one of our race directors, Jim, addressed the crowd, “The weather is looking clear, high of 85, with a tiny chance of rain. I’m not a weatherman, but in late July, I would bet on a 20-minute sprinkle at best.” Our crowned champion and new record holder, Arlen Glick, recalled, “It seemed perfect, I was checking my phone all the way up to the race start. At 3:55 a.m. I handed it to my sister. It looked like we would only have a 30-minute rain shower.” 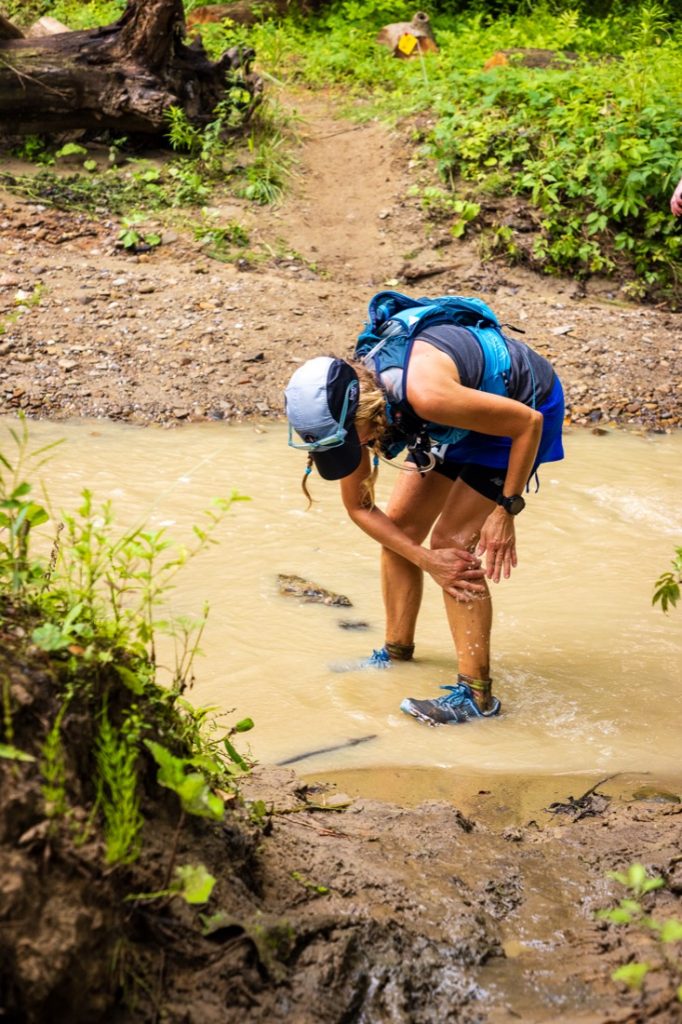 If you haven’t guessed it yet, this weather report is where we were all bamboozled. When it rains it pours, and pour it did. At 4:54 a.m. the rain began. At 6:07 a.m., the downpour stared and did not stop until 9:02 a.m. It rained so hard, that our timing tent lost power, and it was unimaginable to think what the runners and volunteers out on the course were going through. This year’s course, being an out-and-back, made things slightly more difficult with the conditions.  Our most seasoned veteran, Ronald Ross (13x Burning River Finisher and 73x 100-mile finisher) said, “A three-hour drenching rain in the early morning, about an hour after the start, turned the trails into slick mud hazards on an already difficult course. These conditions did not make the 100-mile journey any easier.” Ron went on to finish in 29:53, running the entire last 5 miles to make sure to leave no stone unturned.

The race had 14 athletes that finished under 21 hours. And just in time, because at 1:16 a.m., life gave the runners lemons — in the form of another rain shower. This shower lasted three more grueling hours. At this point in the race, even without any elements, the battle against oneself is severe. Can you imagine running through the middle of the night, on your way back to the finish line, the course and your body is already tattered, in the middle of a rainstorm? It takes every ounce of energy to make lemonade out of the situation. Meanwhile, the time limit weighing on the athletes was impossible to ignore as they persisted through the night.

At 6:54 a.m. the next morning, the clouds parted as our runners started pouring in. It’s during this time that the back 100-milers drag themselves to the finish line. The crowd was filled with a mixed bag of emotions. Runners who were reunited with their families exuded pure elation. On the flipside, the uneasiness of those waiting for their runner to finish was silently deafening.

In the end, we saw 170 athletes find the other side of that finish line. Watching the athletes flood in, it was easy to become distracted with the overall wear and tear they had gone through. The wobbly-legged finishers came running in covered with sweat, mud and even, blood.

Our youngest competitor ever, Owen Thornton, age 17, summed it up beforehand, stating, “The 100-mile race is a story of an entire lifetime. You’re going through every stage of emotions, from crying tears of joy to crying with tears of wanting to quit. In the end, if you keep pushing on, whether you’re in your 70s or you’re still in your teens, you can do whatever you put your mind to.”

In a race filled with over a thousand stories, from chasing a course record, racing against cancer, running for the animal shelter, running 100 miles for the first time,  winning overall female to finishing just minutes before the cut-off, one story is true for all: the 2021 Burning River was not for the faint-hearted.

Gosh you aren’t wrong about this one! It was brutal out there. This was my first 100 miler and all week I was excited because the conditions looked so good. That changed so fast, but 29 hours later I got my first and certainly not my last buckle

We watched our son Todd come in and his Puma’s were covered in mud!