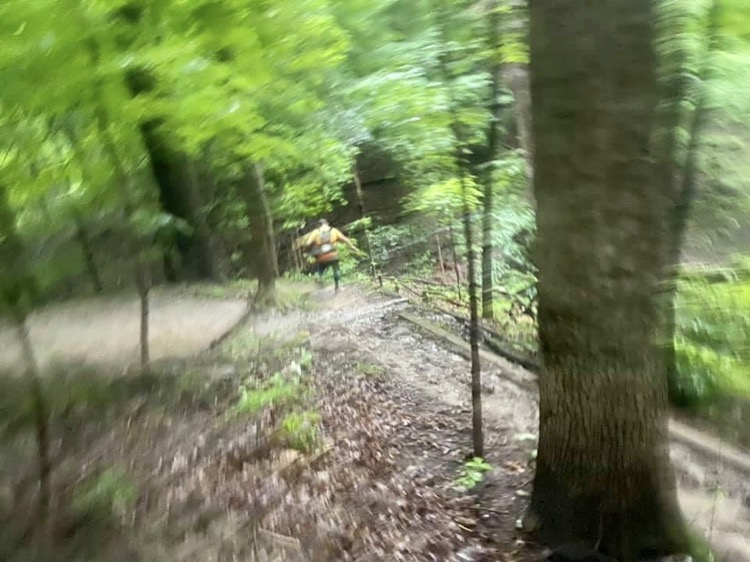 Bugging Out at Cry Me A River

The toads were real—they had to be. Their wet skin shone like birch bark in the light of my headlamp and the whiteness was so flagrant—so perfect—it was unsettling. I had never seen anything like them before. But they had to be real. There were just so many. Little white toads basking on rocks, pickling my brain. I was bugging out. Badly.

I kept seeing lizards, too. However, they were not real. Rather, they were the mangled husks of pale grey leaves strewn about the trail, casting oddly elongated shadows that appeared to scamper and writhe in my light. At points during my run, I would stop and nudge at certain leaves with my trekking poles believing that they had been alive at my feet just moments earlier, and I had nearly crushed some poor, non-native newt. I needed reassurance that they were, in fact, sedentary and dead. I looked ridiculous, I’m sure. I was a madman in obnoxiously bright and expensive running shoes poking cautiously at the rain-soaked earth in the middle of the night.

It occurs to me now that I never stopped to investigate the toads. All the better, perhaps. 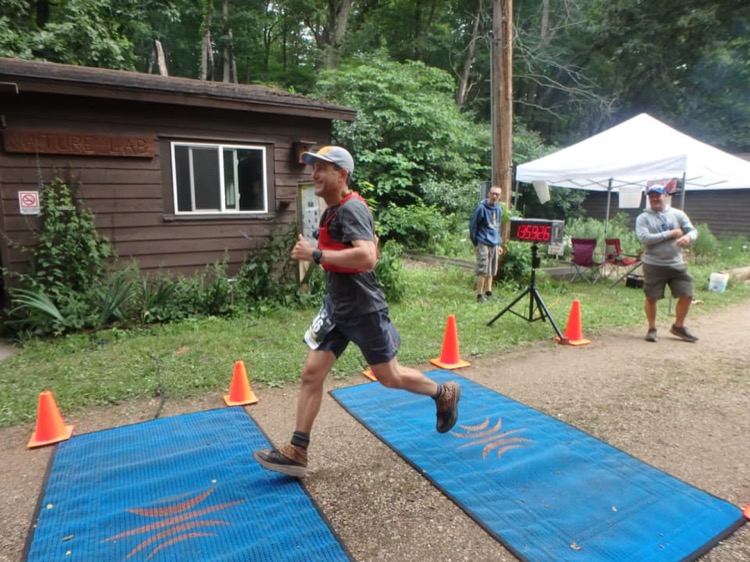 Cry Me A River! (CMAR, affectionately) is where resolve goes to die. At least that’s where mine is buried, on a hillside near mile 44. Held annually each July in the wooded hills north of Peoria, Illinois, CMAR hosts four events: 100-mile, 100k, 50k and half-marathon. All races take place over a 36-hour period, on a predominately single-track course consisting of tight switchbacks, vertical scrambles and punishing descents. The course is relentless, as one hill collapses callously into another and another, ad nauseam. The 100-mile run entails roughly 23,500 feet of vertical gain. A fool’s endeavor.

But that’s the appeal, isn’t it? 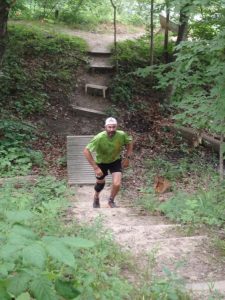 Race director Jenna Bahaj and her team deserve high praise for this year’s event. CMAR was incredibly well organized. Communication was on-point, with pre-race emails sent out weeks in advance allowing sufficient time for runners to develop a plan and ask questions. The course was well-marked and easy to navigate, even at night. Aid stations were something to behold—stocked with all ultra staples, as well as a slew of vegan and vegetarian options. At one point, with my mouth full of gyro, a volunteer jokingly asked if I wanted to know the name of the lamb I was eating. I stopped chewing and looked at him, confused and exhausted, waiting for a punchline. He smiled. “I raised it,” he said. “That’s my lamb you’re eating.” Farm-to-table aid stations. This could become a thing.

In the end, however, CMAR ground me down in my attempt at 100 miles. I never stood a chance. I simply wasn’t prepared mentally to go the distance. And that hurts to admit. When my knee buckled early in my third loop, I did not have the fortitude to work through it. Instead, I hobbled gingerly to the turn-around at mile 51, handed in my chip and caught a ride back to my car. And that was that.

I’ll give CMAR another go. I have too. I can’t stop thinking about those toads. They were real. Right?