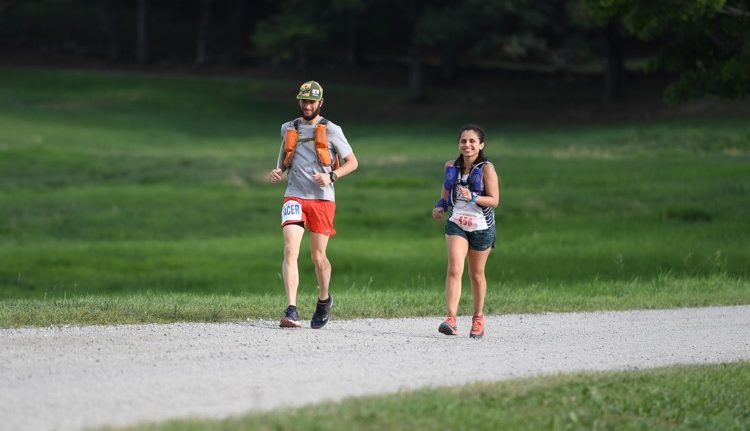 Blue Collar Runners 02/14/2019
“Whenever you finish a race, especially something as demanding as a 100-miler, you have so much more experience. The person who crossed the finish line is not the same person who toed the starting line.”

Running came into Lulu Martinez’s life exactly when she needed it. Growing up in Mexico, Lulu was not sporty. “I actually failed PE class. I graduated with honors, but not in PE. I was never a person who enjoyed any physical activity whatsoever.” In her late twenties, she traded in her high heels for a pair of running shoes. Lulu needed some sort of physical activity to keep her motivated and quiet her mind. “Putting on some running shoes and trying to stay on the treadmill for 5-10 minutes seemed like the easiest thing to do,” she recalled. She recruited her younger brother, Leon, to run a local 5k with her. When she finished, something had changed in her, a feeling she hadn’t experienced before. She knew she wanted more.

The following year, in 2013, she packed up her life and moved from Mexico City to New York City, where she would go on to get her Master’s in Science of Publishing. “That process, and the months leading up to it, were mentally very stressful. I kept running as a way to try to calm myself down and keep myself centered.” She was hitting new running milestones and felt the effects, beyond the physical benefits. “If I’m able to put my body through this (running), then I am able to leave everything behind and start a new life in New York.” Running gave Lulu the confidence to help her take on the biggest challenge of her life. After settling in to NYC, Lulu joined a running group as a way to meet new friends. One person stood out to her—a shy, unassuming guy named Joe. “He was already an accomplished ultrarunner and had already done 100-mile races. I had never even heard of trail running!” They became frequent training companions, and often bolted out of the city to run the trails at Bear Mountain. She felt like she had found her people, her community and Joe, her future husband.

Lulu was certainly intrigued by the trails and trail running community. She had spent most of her runs pounding the pavement. “Going to the trails allowed me to discover a different world—a world of peace, connection and self-discovery.” The trails changed her in a profound way, and she was eager add mileage to her races. 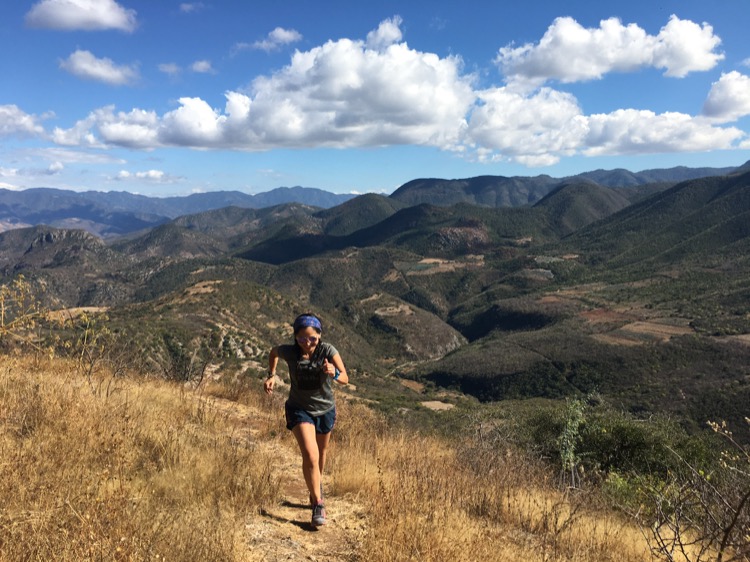 Lulu took the plunge and entered her first half-marathon in 2015, the Fred Lebow Manhattan Half, which consisted of two loops around Central Park in New York City. This is amazing, what else can I do? was her first thought after crossing the finish line. Exactly one year after running her first half-marathon, Lulu entered and finished her first 100-mile, the Coldwater Rumble 100, in Arizona. She had an intense desire to see what person would emerge from that experience. “I knew this would be life-changing, and that’s what kept me going. Looking back, I was completely unprepared. I had no plan.” What she did have was a will to want something bad enough, and the curiosity and guts to try.

She now calls the Vermont 100 her favorite race, describing it as a place where dreams come true. “That race is my family, and I keep coming back to it.” She loves the course, the sense of community, and the overall vibe. This was the first 100-mile she had ever witnessed, while pacing her friend back in 2014. She came back in 2017 and got her first finish. She’s already counting down the days until July, when she’ll be back at Silver Hill, going for her second Vermont 100 finish.

Lulu lives on the east side of the Bronx and works in midtown Manhattan, leaving her with a three-hour round-trip commute to work. Her dedication to ultrarunning requires rising at 4 a.m. to get in her training in. It’s a race against the clock. When Lulu isn’t working or exploring the trails, she enjoys spending time baking, “I love sweet stuff.”

Curiosity, respect and gratitude for running has drawn Lulu to more ultra races over the years. She’s most certainly not the same person she was in Arizona that early January morning, embarking on her first 100. As Lulu reflected back on her running moments, she spoke with such raw beauty and emotion, “When the body is completely drained and exhausted, it’s like your mind sits back and you are able to think clearly. I believe that is the experience for everyday runners, whether that’s because you are going through something at work, coping with grief or keeping up with sobriety—running is a way to deal with life.”

So delighted to discover this column, with everyday superstars. Lulu’s feelings for the Vermont 100 echo my own. Running the VT 100 transformed my life. My participation there is my only ultra experience, and my favourite part is cheering the finishers in the last couple of hours. These runners are my champions!

Terri…thank you for your kind words. We are so happy you found us too and are enjoying these amazing everyday “superstars” stories! Thank you for your support! Hope you enjoy the others too! See you at Silver Hill! VT100 is pure magic!