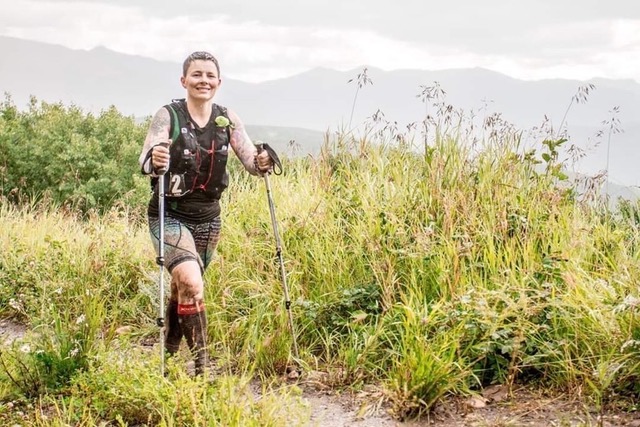 In 2019, wind and rain pelted Lisa Irving’s body as she battled through the Canadian Death Race—a 125k foot race across the Canadian Rocky Mountains in Alberta, Canada. “If a puddle wasn’t big enough to swallow me whole, I went straight through it.” The race boasts 17,000 feet of elevation gain and has been held annually, each August, beginning in 2000. “Other than the third summit that was so windy I almost got blown backwards, the weather didn’t bother me.”

Lisa grew up as a Canadian military kid, moving from city to city with her parents and two younger brothers, when her family landed in British Columbia during her high school years. She was more comfortable with a book in her hand and hanging out with friends than participating in sports, but when she entered college, she discovered a new passion for martial arts. “By the time I finished university, I was training four to five days a week with two different clubs. I was fortunate to find a really good dojo (school for training in the art of self-defense) and found a community there as well as an outlet for school. I spent the next 15 years pretty involved in martial arts.” 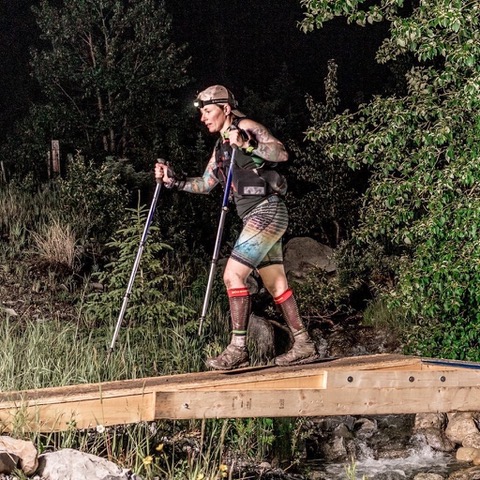 In 2008, Lisa found herself at an outdoor bootcamp class. It was during one of those classes when some friends asked her to join their relay team for the Sinister 7, a grueling 146k race through Alberta’s Rocky Mountains. The race is open to solo runners and teams up to seven who have 30 hours to complete the course. “I ended up doing 20k or so through the mountains at night. This was my first experience with the trail running community and it totally hooked me.” The following year, she completed two legs at Sinister 7 with the same teammates. “I dabbled in trail running and OCR (obstacle course racing) for a few years, and in 2016 I got more into running.”

With two previous finishes at the Canadian Death Race in 2017 and 2018, Lisa came into the 2019 edition feeling up to the challenge. “I had two previous finishes, but both times I was chasing the cutoff at the halfway point (55 seconds and 15 minutes, respectively). This year, I had over an hour.” Despite the ornery weather conditions, Lisa dug deep and finished in 21:47, a 90-minute PR from her prior performances.

She has an impressive ultra resume, even beyond her achievements in the Canadian Rockies. With finishes at Cruel Jewel, Moab 240 and Javelina Jundred, she’s just getting started. Looking to 2022 and beyond, Lisa has set the bar high for her future running goals. “My big goal is to finally finish Sinister 7, 100 miles, solo.” Her bucket list running goals include Cape Wrath Ultra, HURT 100 and Western States. 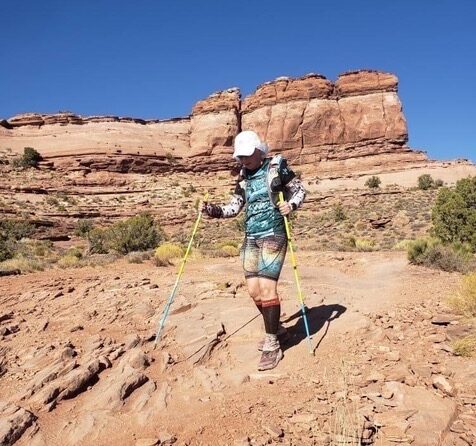 When Lisa isn’t running or working as an air traffic controller, she’s passionate about search and rescue. “I am a K9 handler with the Search and Rescue Dog Association of Alberta. I currently have a retired search dog, Zane, and an active search dog, Zero, who are certified to find missing people, as well as evidence. After 12 years, it has become a major part of my life.”

Lisa’s mental toughness is a constant force, whether she’s at work, volunteering or crushing miles in the mountains. We often ask folks what running has taught them and what advice they would give to new runners, and when she was asked, Lisa paused, “Running has taught me that everyone can do it if they are willing to put in the work. And to suffer better, it’s worth it. Advice: forget about pace, have fun and enjoy the fresh air. And the trail community is awesome.”