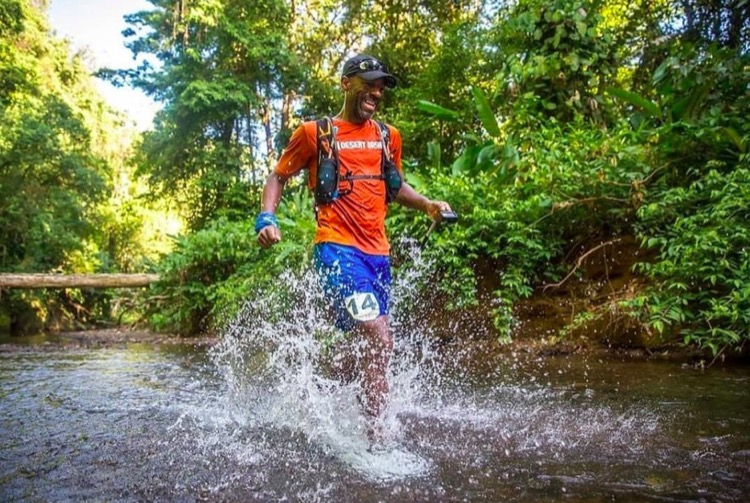 Behind the Lens: Kevin Youngblood

We caught up with Kevin Youngblood last week in the midst of what he considers to be the most pivotal moment of his life—a unique opportunity to catch a glimpse into the world of a budding ultrarunning photographer.

“I’m in a truck on the Ice Age Trail at 2:30 a.m. answering questions to be featured in UltraRunning Magazine,” just as he was one day away from finishing a three-plus-week trip following Coree Woltering as he set a new FKT on the trail in 21 days, 13 hours and 35 minutes.

“Being asked by Woltering to document his FKT attempt has granted me some opportunities that, until now, I did not have. From being contacted by different publications, sponsors of Woltering’s and meeting other runners interested in bringing me along on their upcoming adventures.” 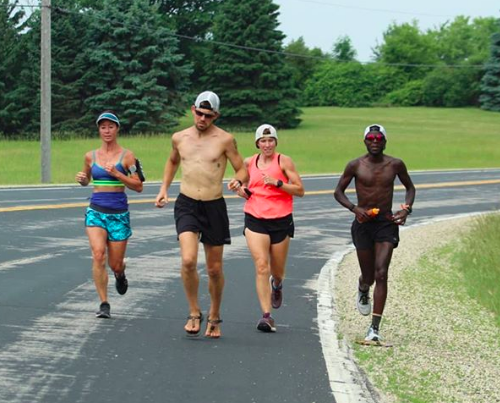 Believe it or not, Youngblood didn’t even study art or photography in school—he was a psychology major. Over the last decade, he has been completely self-taught in videography and photography with some assistance from YouTuber Jeff Cable, as well as inspiration from fellow ultrarunning photographer Howie Stern.

“I would, like most, use my phone to take photos while on runs. I would try to set the phone up in different locations and angles to get a different perspective. I started shooting short videos while running, and I think the turning point was when I went to upgrade my phone in 2012.”

The salesperson at the cell phone store was trying to upsell him on a hands-free system for his car, which he had no desire for. He saw a GoPro nearby and asked what kind of deal he could get on the action camera, thinking he had no chance. To his surprise, the manager gave him the greenlight. “I don’t remember what the exact deal was, but I walked out with a GoPro, started making short videos and taking better photos.”

Although he focused more on videos for a handful of years while documenting the sport of ultrarunning, in February 2018 he was asked by a local race director, Heidi Dove of Triple Dare Running, if he would photograph an upcoming race. He emphatically said yes while also knowing in the back of his mind that he couldn’t shoot a race with just a GoPro.

“This was maybe a week before leaving for Costa Rica to run the Coastal Challenge. The Coastal Challenge was a big deal for me.” It was his first time running in another country and his first stage race, so he had a lot of logistics to focus on, but he knew he had to figure out a plan for how he was going to capture Dove’s race upon his return. “My solution was buying a camera through QVC,” he chuckles. “So, I purchased a Canon Rebel T6 and again taught myself everything from watching B&H’s Event Space with Cable on YouTube.”

He photographed his first race with Triple Dare Running and has been working with them and other local Las Vegas race companies for the last few years, continuing to learn and adapt along the way.

Youngblood’s number one tip for anyone looking to get into photography is to know the equipment you have to work with. “We can get caught up with the latest and greatest technology out there, and never fully learn how to use what we have. I’m still using the Rebel T6 I’ve had from day one.”

One day he hopes to make the trek to Chamonix with his Rebel and shoot the Ultra-Trail du Mont-Blanc, “Because it’s UTMB!” he said. “The views and traveling through different countries alone would be a trip of a lifetime. And the energy from the crowds over there is amazing.” 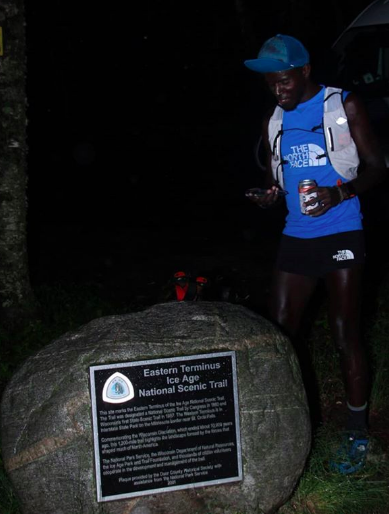 This summer, he plans to join Lindsey McElroy Ulrich as she goes for the women’s FKT on the Oregon section of the Pacific Crest Trail. In October, Anne Weiss will be attempting the FKT for the Arizona Trail and there is a good chance he’ll be tagging along as well, although as of now, no dates have been confirmed.

He’s taking some extra downtime after the long Ice Age Trail trip to continue to progress and improve his photography skills, and admits part of his motivation is that he wants to shoot on larger stages in the US and around the world. His hope is that any press he receives will also help inspire minorities and other disadvantaged individuals to give the sport of ultrarunning a chance, whether it be behind the lens or with a number on their chest. Combining his two passions has changed his life for the better and he couldn’t imagine having it any other way.

“My favorite thing with capturing ultra events is all the love everyone has for each other. Because I photograph mostly local races, I know the majority of the runners and the sacrifices they put into being able to run ultras,” he continues. “My motivation is knowing I’m capturing a special moment for someone. Whether you are an elite or first-time ultra runner, a lot of long hours were put into getting to that start line. I like to think most runners want to remember that day good or bad.”

Awesome recognition, Kevin! I’m glad to see it! Thank you for coming to Wisconsin last month!

Kevin is an AMAZING human all-around!! He is an extremely talented photographer and runner, but he is also truly the kindest, most humble, and most giving person you will ever meet! We are so lucky to have him as our photographer, and also our friend!!!

Great article on an awesome photographer and human being! Congratulations Kevin!