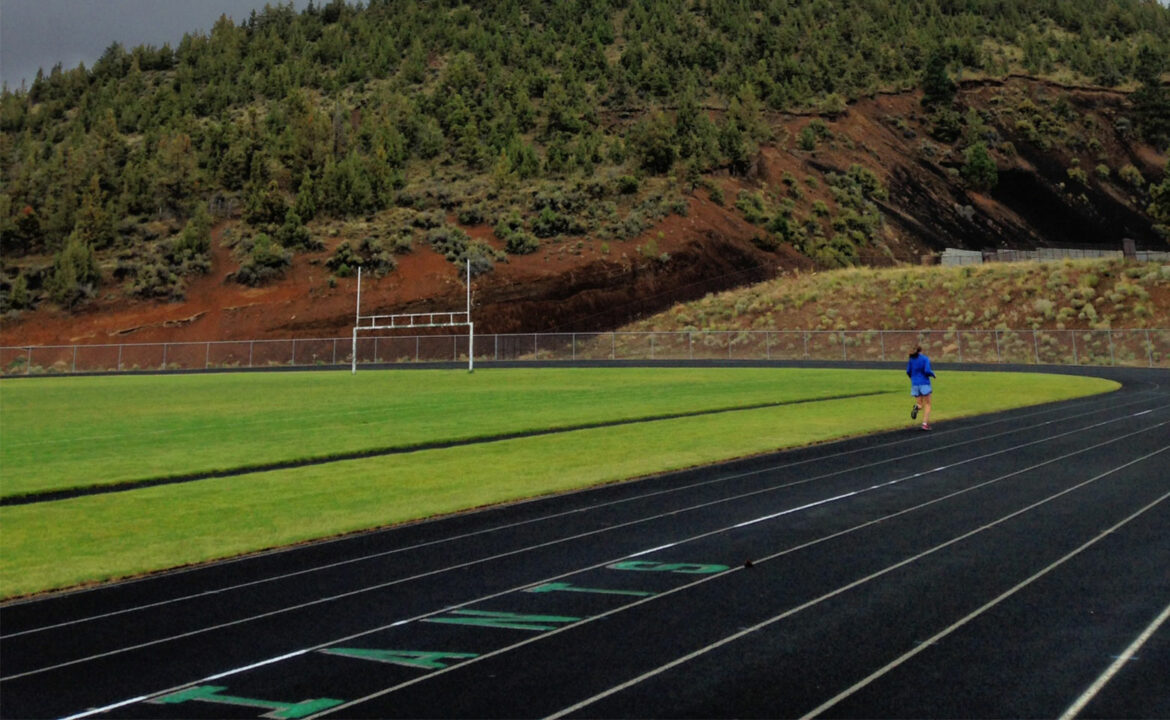 As ultrarunners we pride ourselves on being able to run far, climb mountains and keep moving for hours on end. While these elements are keys to success for ultramarathons, we should not overlook the benefits of running faster as we traipse over the trails. There are many variations on speedwork, and this won’t be a detailed lesson in physiology, but there are some basic drills and tactics which all trail and ultrarunners can deploy, even in the depths of winter, that have considerable benefits.

Probably the most basic and arguably the foundation of all speed work, are running drills. For those of you with a competitive track or cross-country race background, you’re probably very familiar with these common exercises. You may even be cringing or rolling your eyes because you chose trail running to leave those highly structured days behind. However, running drills are a cornerstone within the conventional running arena because they can increase an athlete’s range of motion, increase ankle flexibility and open the shoulder and upper body complex. Running drills generate less impact and strain on the body compared to “true” speedwork, such as sprints and V02max intervals, in part because the duration of running drills are relatively short. Running drills are also a great way to develop a neuromuscular system that is primed for more advanced speed training. They strengthen connective tissues including ligaments and tendons, and help runners be prepared to travel much more quickly over uneven terrain. All of this is a terrific platform for contributing to gains in pace over the long haul, as well as contributing to a decrease in both acute and chronic injuries.

So what exactly are running drills? There are many, and we’ll keep it simple. The most utilized running drills include high knees, skipping (including skipping As, skipping Bs and skipping Cs, all of which can be done as a less dynamic marching drill when necessary), carioca/grapevine (or other lateral motion drill), bounding and strides. A quick Google search will reveal a plethora of instructive videos for each of the drills mentioned above. The idea is to over-emphasize one or two aspects of the running stride, beginning with a slower movement and progressing to a more dynamic movement once it becomes familiar. A runner unfamiliar with doing drills may want to start by adding just one or two to a couple runs per week, completing each drill twice for about 10 seconds in length. As that routine becomes familiar, it’s wise to continue challenging the difficulty level by adding one to two more drills each week, with increasing levels of dynamism and completing each drill a handful of times rather than just twice. Warm up for about 10-20 minutes before beginning these drills and always execute them on a firm, level surface such as an indoor or outdoor track, a smooth gravel road or a level grassy area. It’s best to avoid doing these on asphalt or concrete if possible because the density of these surfaces combined with the introduction of new types of movements can create unnecessary impact on the runner’s body.

Pick-up efforts are another way to add leg speed and remind ourselves that we can (and should) run faster occasionally, even in the winter. These are less formal than running drills and can be done almost anywhere that offers stable footing. The idea is simply to pick up your running pace to an effort level of 8-9 on a 1-10 scale. Try to keep your stride length the same or slightly smaller while you quicken your cadence and arm swing. Pick-up efforts can last between 15 and 90 seconds, and make sure to take equal to twice the amount of time to rest between each effort. These rest periods may be easy jogging, walking or a combination of both, whichever approach helps you feel most ready for subsequent efforts. Incorporate approximately 5-15 pick up efforts near the middle or end of your run, once or twice each week.

Downhill running at a faster-than-normal pace is another simple way to build and maintain leg speed. Be aware that fast downhill running can be incredibly demanding, so use this tactic sparingly and only for short durations, especially if this is not something you are used to doing. A reasonable approach to integrating downhill running would be no more than one session per week or 10-day period, beginning with a few minutes at a time and increasing by no more than about 20% each time you utilize downhill running as speedwork. Choose a gentle downhill grade (about 2-6%) and terrain that allows you to quicken your stride rate. It should be sure-footed and one that does not require too much eccentric braking. Doing this downhill running on the road, rather than on trails, and completing entire runs on the road occasionally, are great options for capturing a quicker leg turnover.

These tools can add variety to training without a considerable increase in training load. Again, a little bit goes a long way whenever a new method is introduced, so err on the cautious side as you test these for yourself. Listen to your body and if you find yourself especially tired following a drill workout or a run with some faster downhill running, be sure you take the rest you need to recover and continue training. Such speedwork should be an appendage to the winter running framework, not a mainstay and not one that detracts from your overall progress. Ideally, you’ll use just the right amount and when spring arrives, you’ll be bounding down the trail with more speed and ease.

Darcie Murphy began coaching with CTS in the early 2000s at the same time she was racing bikes semi-professionally. She transitioned her focus to trail and ultrarunning after starting a family, and weaved ski instruction and a NASM strength certification into the mix. Her curiosity to expand the limits of the human mind and body combined with her enthusiasm for mentoring new-to-the-sport athletes drives her commitment to her craft as a coach and athlete. You can find her coaching information at trainright.com.