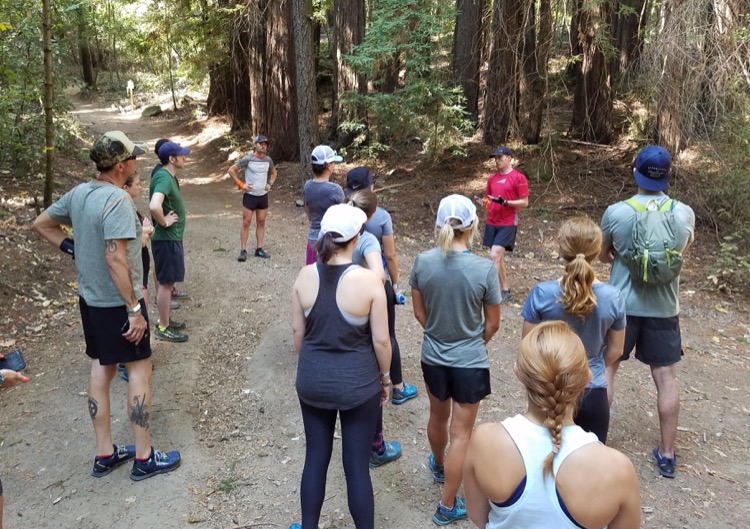 The 2017 CamelBak Pursuit Series wrapped up its two-event debut in September at Sanborn County Park, nestled in the redwood trees approximately 50 miles south of San Francisco. We enjoyed an inside look at the event and spent time with Golden Harper, founder of Altra Running, a company that was a major event sponsor and conducted a series of trail running clinics throughout the weekend.

First, a quick refresher on the Pursuit Series, which is a joint venture between The Outbound Collective and Eventus Outdoors, with title sponsor CamelBak providing extensive event support in addition to the hydration packs that each participant receives. The events are 3-day weekends that combine luxury camping with virtually every conceivable outdoor activity you can imagine, and a mission to create accessible, inclusive and community-bridging activities for people of all backgrounds to enjoy. Although the official event slogan is “Take It Outside,” the more common expression thrown around during the weekend was “summer camp for grown-ups.” This second moniker was completely justified, right down to the campfires, s’mores, and musical entertainment campers enjoyed each night. 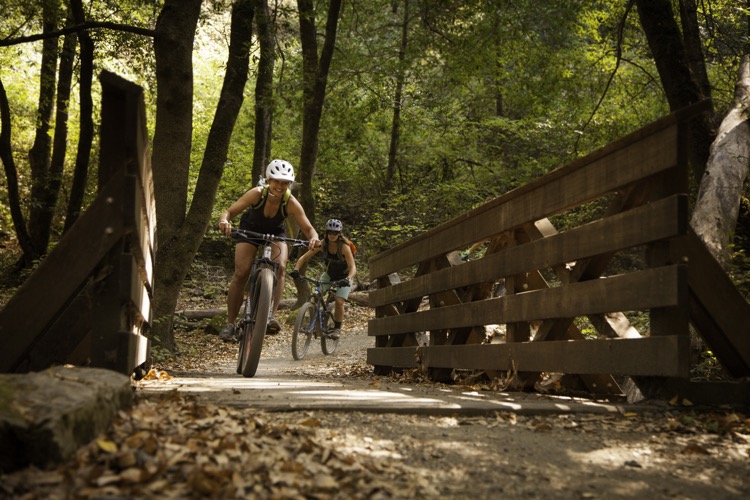 An important key to success of the event was having a large roster of expert guides in every single activity, with small participant to guide ratios in each session to ensure that every attendee had all of the instruction and focused attention they needed to learn new skills or to advance beyond beginner levels. This was true of the Altra trail run clinics, which were held throughout the weekend and coached by the company’s stable of athletes including Zach Bitter, Nicole Kalogeropoulos, Chase Coffey, and Tracie Akerhielm. Each night at camp included a headlamp trail run – with torches provided by Petzl – where many campers learned the basics of running in the dark. 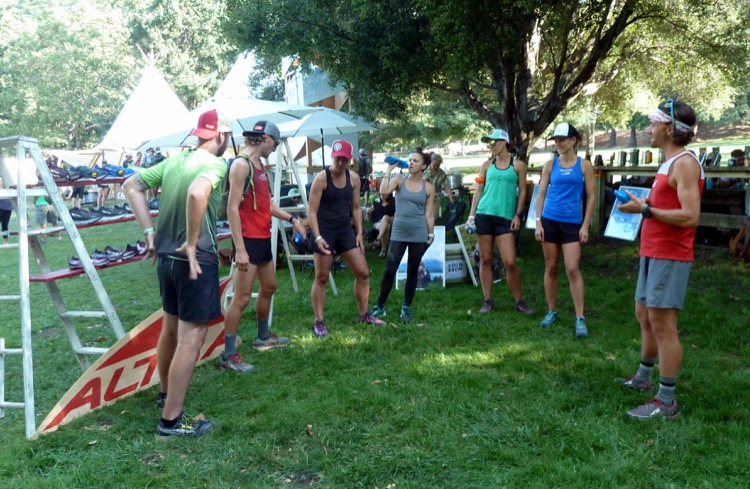 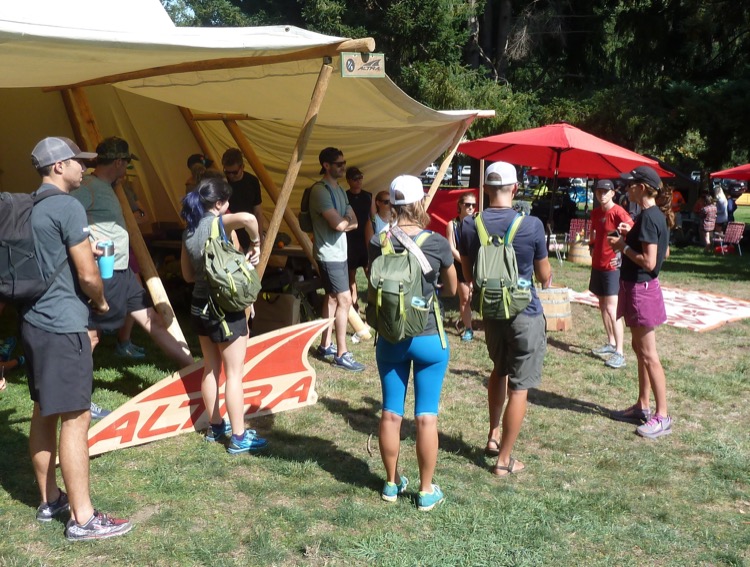 Altra founder Golden Harper led the first trail clinic, where he discussed four critical “Run Better” tips for trail runners, as well as four industry myths about footwear. Here’s an overview of the advice he shared with the group.

Tip #1: Have proud posture
This is similarly described as “running tall,” with a straight back, your chest pushed upward, and leaning with your center of gravity slightly forward. This allows gravity to help ease you into your next step. Your shoulders should stay back and relaxed, and be sure to avoid bending over at the waist; the forward lean should come from your ankles rather than your hips. Lock your eyes on the horizon and avoid looking down at your feet or up into the sky. A quick reset can be done by “catching the moon,” or reaching your arms quickly upward and forward to fully extend your arms before snapping them back into place.

Tip #2: Use chicken wings
Or, less colorfully described, keep your arms tucked in compactly near your sides. Elite distance runners typically have very little arm movement when running; they quickly pop their elbows backward and then let them passively recover while the other elbow is popping back. They also maintain their arms in a strictly front-to-back plane of movement instead of having excessive lateral motion.

Pumping your arms may be effective for a 400m racer, but to be an efficient distance runner, keep your arms compact with your hands close to your chest, and your elbows bent more than 90 degrees. Don’t allow your elbows to come forward past your hips or your fists to cross the midline of your chest.

Tip #3: Run quietly
As a general rule, the more silently your foot strikes the ground, the better your running form is. The goal here is to have low impact footstrikes, which in turn leads to decreased stress through the lower extremities and better overall running efficiency. The best way to run quietly is to focus on a bent knee landing position, with your hips directly over or slightly in front of your leading foot.

One interesting note from the zero-drop shoe company founder was that your type of foot strike doesn’t really matter too much if the rest of your body positioning is sound. While most runners will land close to midfoot when following the posture advice in Tip #1, a slight heel landing or forefoot strike is fine as long as the foot hits the ground underneath your body.

Tip #4: Keep it snappy
Maintaining a high cadence, or quick steps, is proven to reduce impact and improve foot strike and running efficiency. The easiest way to increase your cadence is to shorten your stride length – which is also a natural response to following Tips #1 and 3 above – and consciously think about turning your legs over quicker than you are used to. Once your body gradually becomes accustomed to an increased cadence, it should stay constant regardless of how fast you are running; changes in speed will come from muscle propulsion and postural momentum rather than increasing your step rate.

An ideal running cadence is approximately 170-180 steps per minute. To assess your cadence, count the steps one foot takes in a twenty-second time period, multiply that number by three (to get an equivalent rate per minute), and then double it (to account for your other foot). Technology can help in this regard also; foot pods are very effective at recording your cadence, and modern GPS/activity trackers will record your cadence during activity to save you the trouble of doing math. 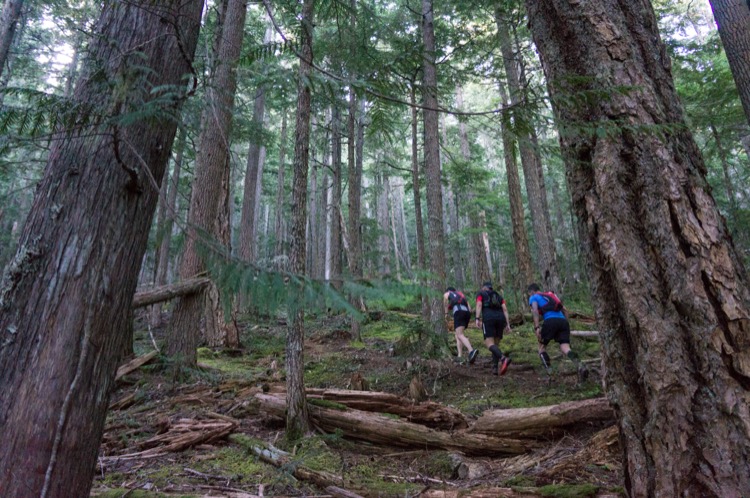 Marketing Myths
These are the misconceptions that Golden Harper identified as the biggest marketing myths in the footwear industry.

Myth #1: Cushioning protects your ankle, knee and hip joints.
Research shows cushioning protects your feet, but protection of the lower extremity joints is done primarily through the natural spring mechanism created by your leg when you practice good running form with a bent knee landing position. A good analogy is to think of boxers, who use thickly padded gloves to protect their hands – but those gloves are unable to prevent the elbow and shoulder damage that is so prevalent among long-term fighters.

Myth #2: Foot problems can be fixed with shoes
Populations that don’t wear modern shoes don’t have foot problems – but nearly three quarters of Americans report foot problems at some point. The primary premise of Altra shoes is let your feet move in virtually the same manner as they would if you were barefoot, but with protective and performance elements to enhance your activity.

Myth #3: Harder surfaces cause injury, and softer surfaces decrease injury
The road running corollary to this myth is that it’s better to run on asphalt than on concrete. In reality, the hardness difference between concrete and asphalt is minimal, and choosing one over the other has no significant influence on injury rates. Instead, the best way for runners to decrease impact forces and their corresponding risk of injury is by using proper form. Even on trails, poor running form will increase your injury risk far more than running properly on concrete.

Myth #4: Over-pronation is bad and needs special shoes to fix it
There’s a vast degree of biomechanical variance in foot positioning at ground impact and throughout the stance phase – and the vast majority of it is harmless if left alone. Additionally, the best running form incorporates a high cadence for quick foot turnover, especially when running downhill or on technical terrain, and the decreased foot contact time on the ground will limit the likelihood of ankle instability causing an injury.

The information shared in Altra’s clinics proved to be informative even for experienced runners, and the trail running sessions with elites offered ideal chances to tinker with proper technique in a low pressure environment. That’s essentially what the Pursuit Series offered everybody, in a multitude of disciplines. One caveat for ultrarunners is that you shouldn’t come expecting to log a super high mileage weekend like you would at a running-specific camp. Although the Altra athletes were happy to extend training runs as far as anybody was interested in going (and trust us, you’re not going to wear out Zach Bitter or Nicole Kalogeropoulos), most of the runs lasted 30 to 45 minutes, and even if you attend multiple sessions, you may only get 15 to 20 miles in. 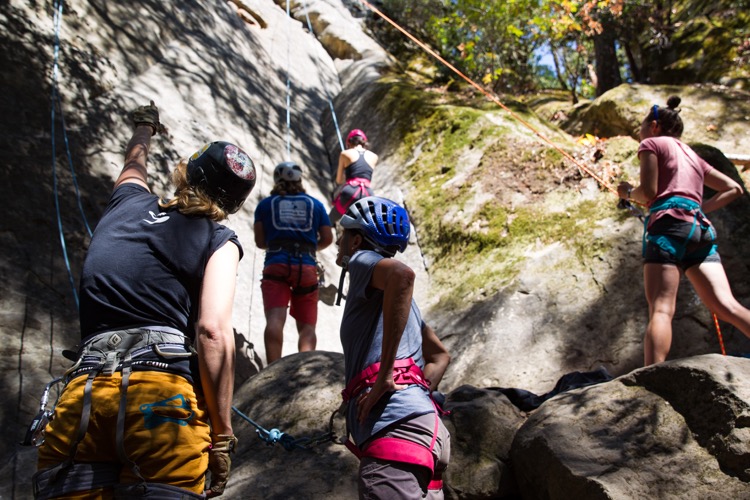 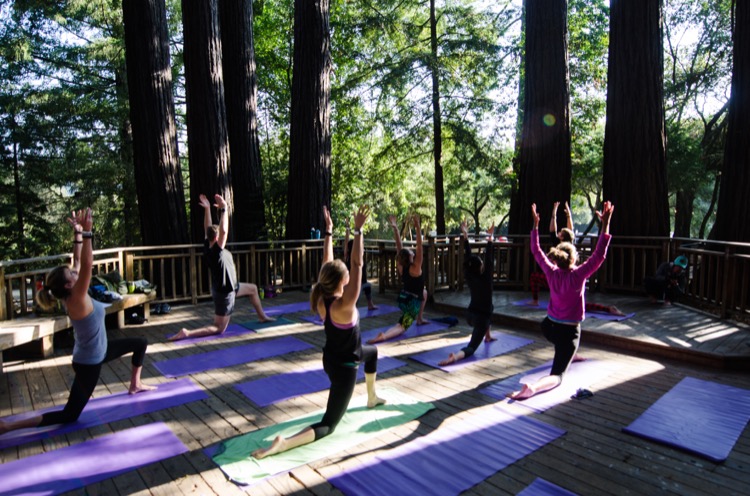 In most cases campers were so worn out from other activities that they didn’t mind keeping the trail runs mellow. When you spend your day surfing and mountain biking and doing ninja training, you probably won’t complain about keeping your nighttime run on the short side. The point of the weekend is to try new things and expand your horizons, and to hopefully learn new skills that will complement your core activity and connect you with a bunch of kindred spirits looking to do the same.

The organizers plan to continue the Pursuit Series events in 2018, and expand the location offerings, so keep an eye out for your opportunity to Take It Outside with them next year.