For the outdoor gear geek, there’s no better place than Outdoor Retailer.  A few thousand gear manufacturers get together in one place (this year in SLC) and show their wares to retail buyers, media folks, and other industry observers for the outdoor world.

It’s an invite-only affair and takes up not only an enormous convention center, but numerous additional acres of facilities.  Exhibitors range from small Chinese firms trying to sell their new fasteners to sleeping bag manufacturers to TheNorthFace showing off their prototype shoes for 2016 and all the new GoPro mounts one could imagine.

So yeah, it’s pretty easy to freak out and get a bit overwhelmed, but I did my best to keep my head on straight, pay attention to trends, and pick out products I thought would be a great fit for the MUT crowd.

Companies like Ultraspire, Nathan and Ultimate Direction have lines of packs focused on women’s bodies, and the results are pretty awesome.  We reviewed the Jenny packhere, the Nathan VaporShadow here, and we’ll be trying out the new Astral from Ultraspire in the next few weeks.  Trail and ultra chicks are no longer relegated to “pinked” versions of mens gear…these are well thought out packs designed for the female body. 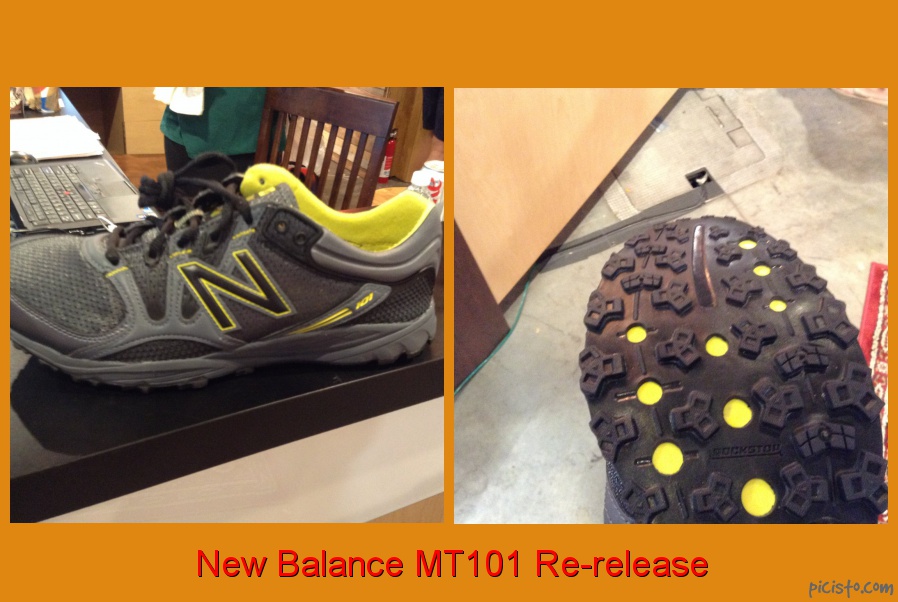 Oh, hell yes! One of my favorite shoes is getting re-released! NB is acquiescing to the demand to bring back one of their most popular shoes–and are making very few changes.  It’ll be available starting Jan 1 for a one year run.

Remember: Though many credit this shoe (and the MT100) with the rise of the minimalist movement, it’s important to know the MT101 has a 10mm drop.  Can’t wait!

Scott and Jenny Jurek were at the Ultimate Direction booth serving delicious healthy brownies, and Scott asked me about some recent interviews I’d put out. Wait, what? Jurek listens to URP? Consider me humbled.

The next day I was there again (more brownies!) and Buzz regaled Ethan and I with a story about running across Tibet and India (yeah), contracting amoebic dysentery, losing 30 pounds, and refusing meds.  The dude worked through amoebic freakin dysentery while running.  I should probably have him on the show.

From my perspective, Anton’s involvement in the MT line of New Balance shoes was really the modern-day start of obvious athlete involvement in gear and shoes.  The aforementioned companies (Ultraspire and Ultimate Direction specifically) continue to look to athletes for design advice, with HOKA and Altra following suit.  I work with some of these companies on an internal consulting/review basis, and the extent to which they want real runners using their gear is nothing short of impressive.

Unfortunately there are still a few companies that put out gear and shoes that appear to be overly focus-grouped, and I’m sure they sell well in large stores, but don’t do a lot for our little segment of madness. 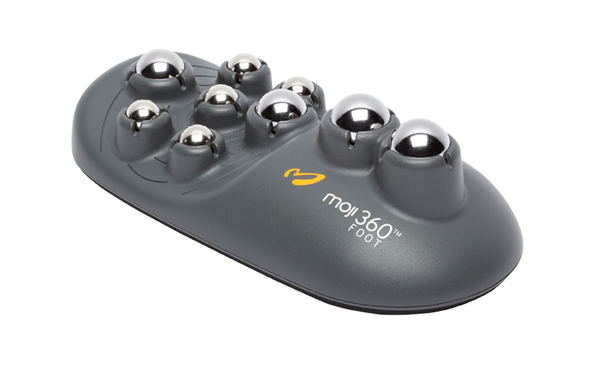 After standing and walking for three days straight, my feet were sore and this roller thingamajig (the 360 Foot Massager) from Moji felt awesome!  Pretty sure they’re already available, and am damn sure they’d make a great gift for any runner. $40.

There were almost as many portable solar panel companies at the show as there were SUP brands, and hey that’s great news! Competition breeds innovation, and I expect in the next few years we’ll see smaller, cheaper, and more effective power sources made available to the public.  Awesome! 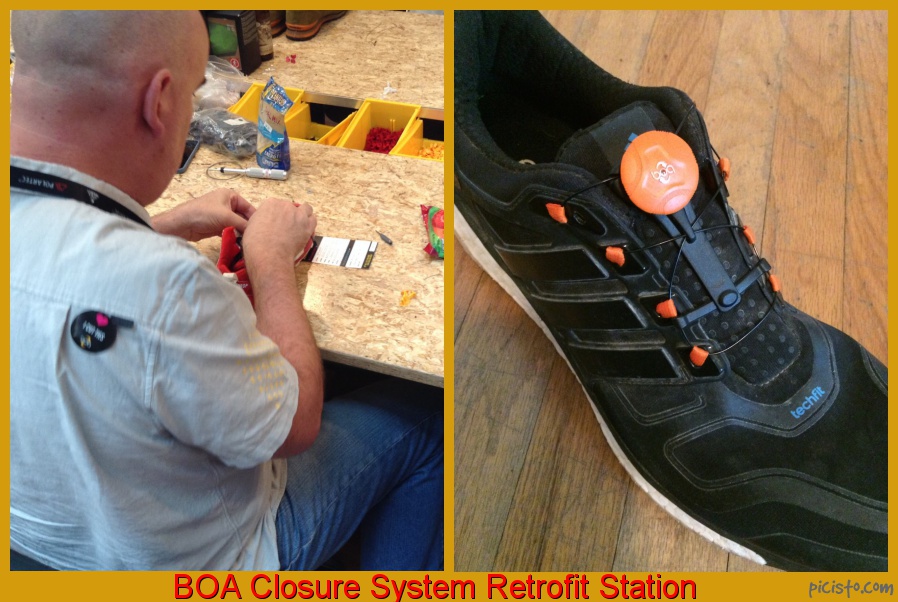 I’m a big fan of lace locks. For the most part, the second I’m done reviewing a pair of shoes, I switch out the laces for LockLaces or other systems that protect me from having my shoes come untied during a run.   I’ve never been someone who’s needed special lacing techniques.

Boa’s booth at OR retrofitted any pair of running, casual, hiking, whatever shoes with the BOA system and it was awesome.  Up to this point, only certain manufacturers use the lacing system, and now I finally got to decide which shoes I wanted Boa’d!

We got to pick out the color we wanted and the engineers and design team went to work like little Doozers and had our shoes ready to go in about an hour. In the mean time, we were given Oofos sandals to wear.

So now I crank my Adidas closed, the thin and semi-rigid lace system fully adjusting to my desire, and I pop the lock out, releasing the top of my shoe far wider than any laces could expand.  I begged them to set up shops around the country so I could get my other shoes done, but no dice so far.

Stay tuned for a contest where one winner will get their choice of shoes outfitted with a custom BOA set up. Oh yeah!

Rather than taste the new lineup with pre-conceived notions, I asked Jenny from Outside PR to give me the flavors blindly. My tastes (pun firmly intended) surprised me.

The Lemonade was pretty good…especially the single-use powder packet.

The Root Beer was delicious…but come on, it’s pretty tough to screw up Root Beer, right? Probably the only GU I could see myself eating while not running.  I want more….just wish it was being released in a Roctane form.

And for the big surprise, Salted Watermelon was pretty damn good.  Definitely doesn’t taste like salted watermelon, but rather a complex flavor that I’ve already enjoyed on a trail run. Don’t diss it until you try it.

I finally got to get my feet into some Skechers (just on the floor of the show, not on the roads or trails) and was pretty darn surprised.  I played with the Ultra2 for awhile and it seems like a legit shoe for mid-high mileage running. Only issue I had is that it seems all of their models have changed drastically since last year.  That’s not a trend I like.  Expect a review in the next few weeks or months.

I got to check out the race profile and hear a bit more about the course, and dang, I wish I were running this race. Sounds like a fun early-fall race in a beautiful trail system.  You running?

While my body doesn’t always cooperate with zero drops, the enthusiasm and quality at Altra was impressive. They’ve got real runners designing the shoes and they’re all excited about the products.