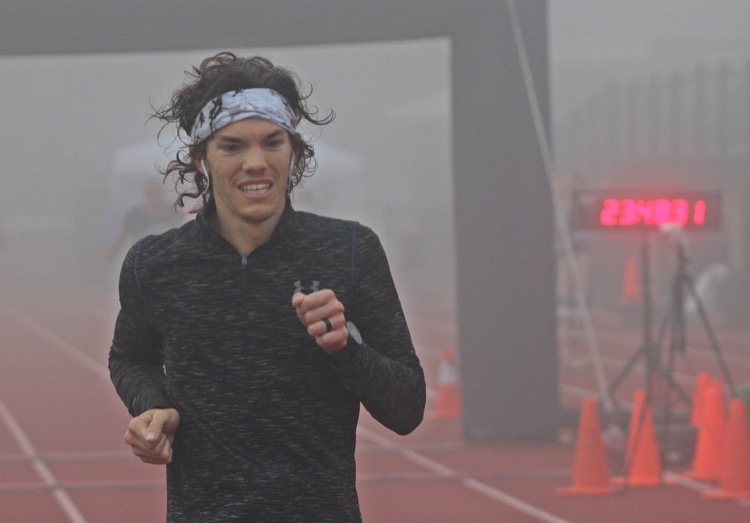 Jacob Moss took the overall win and set a course record of 159.16 miles, placing him in a qualifying position on the 2021 U.S. National 24-Hour Running Team. Photo: Jennifer Simmons Photography

The Stinger All Comers Track Race took place on a chilly mid-November morning, which eventually gave way to bright sunshine and balmy 70-degree temperatures. The setting at Strong Rock Christian Academy track in Locust Grove, GA, was ideal for the 24-, 12- and 6-hour timed events. Runners arranged their own personal aid stations which were accessible from the course with a safe distance between one another, making social distancing a breeze. The atmosphere was upbeat, and the course was full of focused runners with a singular goal in mind: to clock as many miles as possible.

Jacob Moss took the overall win, setting a course record and posting an incredible distance of 159.16 miles. This mark places him in a qualifying position on the 2021 U.S. National 24-Hour Running Team scheduled to compete in Romania in May 2021. Watching Moss go around, his pace steady and graceful, was extraordinary, as was the contagious energy of his family who not only cared for Moss throughout but cheered on all runners. Moss finished slightly off his goal of 161 miles, which would have secured him third place on the U.S. National 24-Hour Team, his goal going into the race. It was Moss’s third time at The Stinger. Three years ago, he ran 122.51 miles and lost to Joe Fejes, who ran 125.24 miles. In total, Moss has completed seven 24-hour races, but has yet to run a 100-miler or a marathon. He says that 24-hour races hold appeal because “there’s always the possibility of doing more and being better at timed events.” He loves the community and uplifting environment of track ultras, and the opportunity to see others pushing themselves alongside him.

Pete Kostelnick, who holds the world record for fastest run across America, is aware that racing around a 400-meter track all day sounds extremely boring. Yet, for him, “it’s an electric atmosphere where you make a lot of great friendships with fellow runners.” Of course, it’s also easy to drop out during a low point, which for Kostelnick makes it “a complex race format to deal with mentally.”

Race director Kevin Randolph started The Stinger 24-Hour Track Race in 2017 with the hopes the race would attract a range of beginners to elite ultrarunners. “There are no other 24-hour track races in the Southeast, so I thought it would be unique, but I wasn’t sure if anyone besides myself would be interested in running around a track for 24 hours.” Apparently, there were, as the race has grown every year and runners continue to sign up. 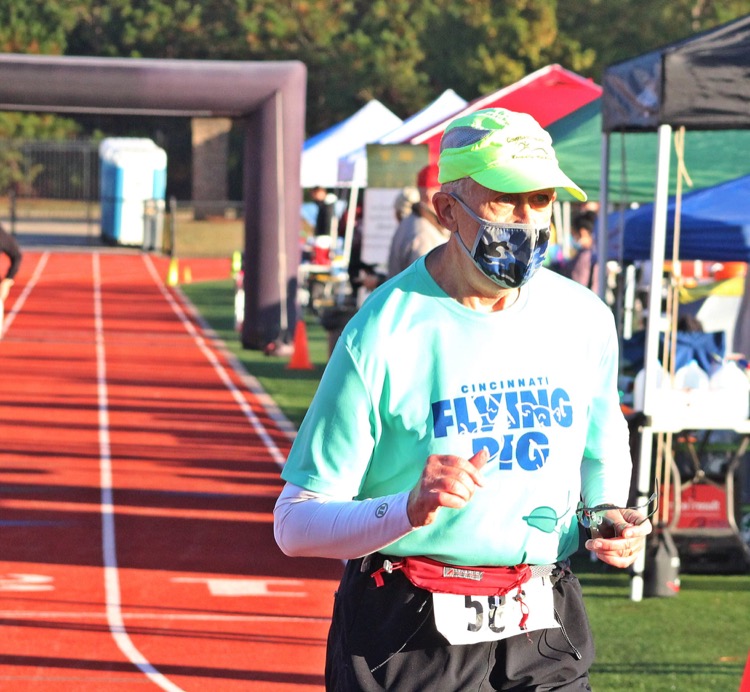 Ray Krolewicz’s infectious positive attitude and ability to keep chugging is an inspiration to those around him. He took an extended nap during the 24-hour race to recharge and came back bright-eyed hours later, noting, “I’m happy at how this race has grown and progressed in four short years. It is a testimony to the dedication of the RDs and their core team.”

On the women’s side, Sally Van Nuland was a force, finishing in fourth place overall, and first female, with 111.66 miles. This was her third year at The Stinger and her goal for 2020 was to break 130 miles, seven miles beyond her 123-mile finish in 2019. However, with the wild range in temperatures during the day (a 20+ degree difference) her hydration was thrown off. When she recovered, it was already too late for her to run the pace she needed to make up the miles. “The RDs, volunteers, timers, crew and the other racers make this such a fun event. It’s what keeps me coming back year after year. Even in the darkest moments of the race, I can always count on seeing a smile. The support is amazing.” Van Nuland loves the track format, too, “I don’t have to worry about getting lost or tripping on rocks or roots.”

Close behind Van Nuland in the 24-hour race, coming in fifth place overall and second female was Becca Lindgren of Florida, with 107.45 miles. For the 12-hour race, Tatyana Oh of Georgia was the overall winner, clocking 72.51 miles and making it seem easy. She glided through each loop, even taking time to walk around the track with her father, who visited with her later in the race. For the six-hour race, Zach Bush of Florida came in first with 41.1 miles.

During a time when so many races have been canceled, The Stinger was a reminder of the benefits of persistence, camaraderie and the great outdoors. Running around a 400-meter track hour after hour is also a great way to reflect and remove ourselves from the chaos that surrounds us.