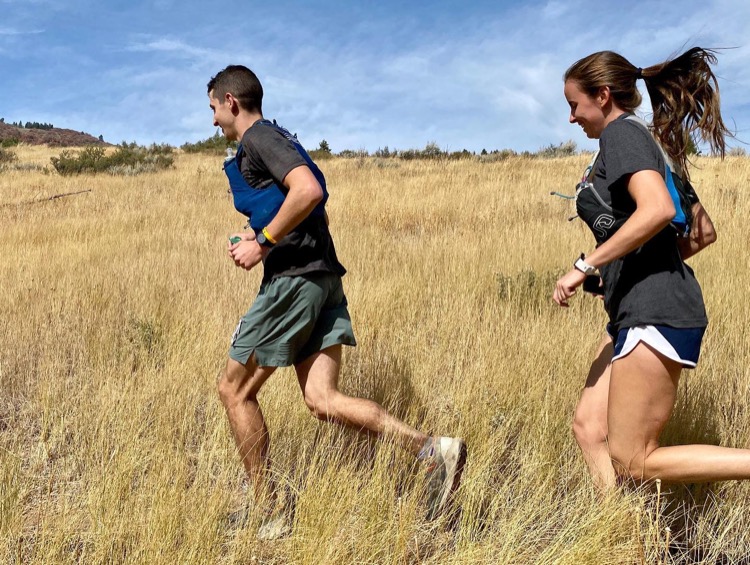 Believing at the Bear 100

Last year, I started and finished my first ever, 100-mile race at the Wasatch Front Endurance Run, which was, and still is, the biggest emotional and physical rollercoaster I have ever experienced. I am so proud that I made it to the finish line that day, but I knew that I was capable of better. So, the next day, I sat in the car and decided to sign up for the Bear 100 in 2020.

Between September 2019 and September 2020, I started a new job, bought my first house and got a puppy named Paxton. The one constant in my life was running. Races were canceled for the pandemic and then canceled for wildfires, but I kept training. Sure enough, on September 25, 2020, I found myself giving my girlfriend, Valerie, an outside-the-mask kiss at the start line of the Bear 100.

Running a mountain trail race when you live in the Midwest is an interesting challenge, but that’s not to say it hasn’t been mastered before. Still, I remember being intimidated last year at Wasatch when all of the other front runners were from Utah or somewhere in the mountains, and finding that my intimidation only got worse as they blew past me on a steep grade or a technical downhill. This year, under the guidance of my coach David Roche, I felt as prepared as a Midwesterner could feel. In addition to feeling as aerobically fit as I have been since college, I spent hundreds of miles running up and down the steepest trails in the area, racking up over 10,000-feet weeks during the last month of training with lots of hard running on the downhills. 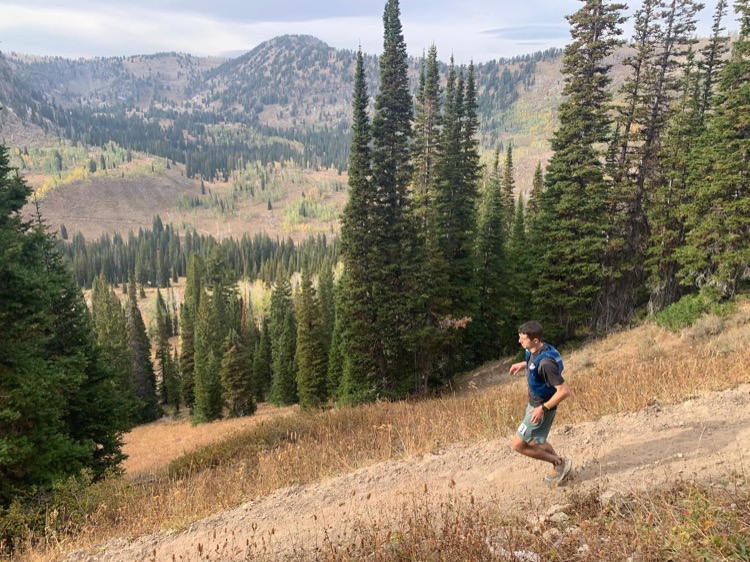 I don’t know if it is just the magnitude of a 100-mile race, the fact that no one who lives at sea level had ever placed high at the Bear 100, or the memory of my 7-hour death march between mile 67 and 86 during my lowest point of the Wasatch last year, but whatever it was, I found myself starting the race with an unnerving feeling of doubt.

During the first 65 miles, I fought worry with belief. I also used the distraction of fall colors in the Logan Canyon and tried to master my eating plan. My plan was to take gels every 30 minutes and sip on energy drinks and water. Meanwhile, I thought about my crew and all the people back home who were following along and believing in me while I fought to believe myself. 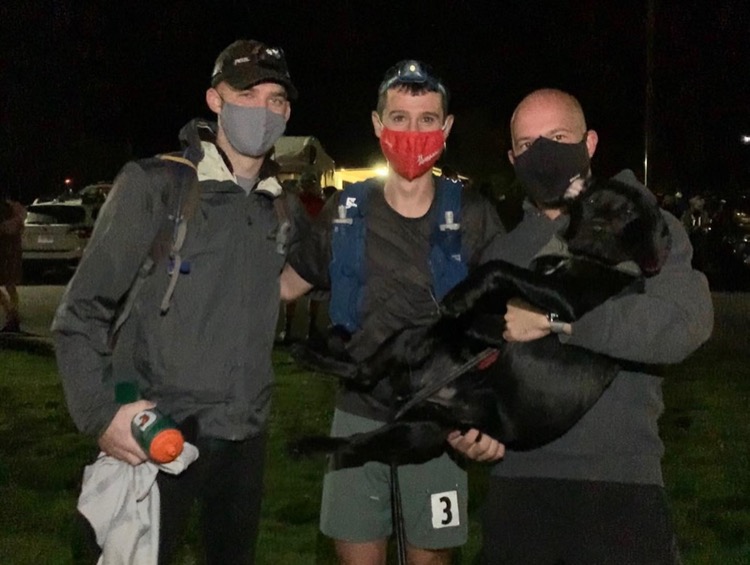 I struggled hard to keep calories down from mile 45 to 65, but I knew all too well from last year that giving in to my stomach was not a path I could afford to follow. I fought to keep getting at least 200 calories each hour and tried to conjure up some belief by reminding myself how much worse I felt at the same point last year. I fed off the positive energy from Valerie, who paced me from Temple Fork (mile 45) to Franklin Trailhead (mile 61) and later my college teammate Alex, but still, it was a constant battle to keep believing.

As the saying goes, it never always gets worse. When the sun went down and the air cooled, my food started to go down, too. It became easier to believe that I would be able to keep running the climbs all night long. By the time I reached Beaver Mountain Lodge (mile 76), I was bouncing off the walls (most of my gels were caffeinated). 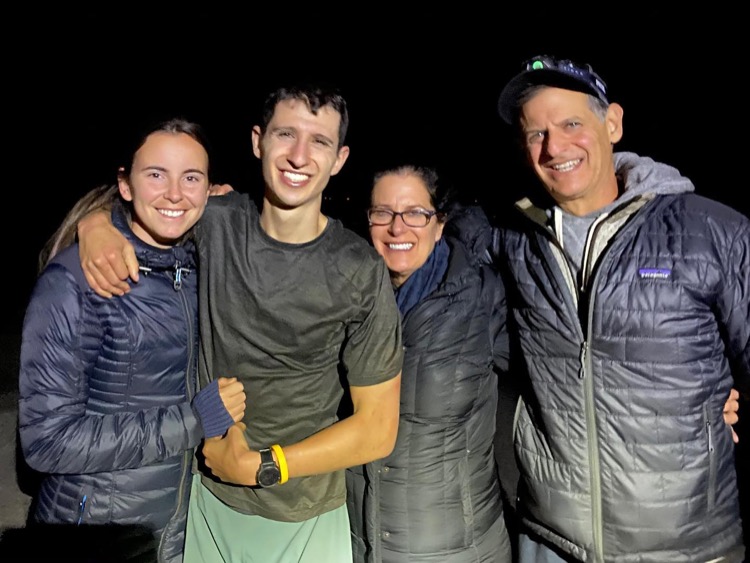 Alex at the finish of the Bear 100. Photo courtesy Alex Gold.

The last 24 miles had no absence of discomfort and physical challenge, but those battles seemed hardly threatening now that I was winning the war in my head. Instead of wondering if I would be able to keep pushing, I now had the opportunity to start wondering how hard I would be able to push. After we scaled the seemingly vertical grade on the last climb out of Ranger Dip (mile 92), I was ready to crush the last descent towards Bear Lake like I never imagined was possible that late in a race. I still had one more good wipeout and a wrong turn ahead of me, but nothing short of a severe injury was going to get in my way. I had won the battle with my mind, and finished the Bear 100 in fourth place with a time of 20 hours and 58 minutes. My official results might be just as meaningless to my non-ultrarunning friends and family as it was last year, but to me it couldn’t be any more different.

Just an FYI, Omaha is not at sea level, but our very own Kaci Lickteig placed 5th overall and won the women’s title at the 2016 Bear. She has fared quite well as a flatlander in races with vert and elevation.

So great meeting you that day Alex! Way to crush!