This is the fourth of five articles, each about a different national park the author visited during the summer of 2017.

After our insane adventures in Yellowstone, we were pretty excited to see what Crater Lake had in store. We reviewed the park’s 90 miles of trails before deciding on a shorter route which would give us the best views of the lake. Surprisingly, only a few trailheads actually meet up with the lake or offered the sweeping panoramas we were looking for.

Each year, Crater Lake receives about 43 feet of snow. While this figure can fluctuate, snow through August isn’t uncommon. We opted to take the Garfield Peak trail, which is located right next to the Rim Village visitor’s center. The trail is only about four miles round trip but features gorgeous views of the lake. 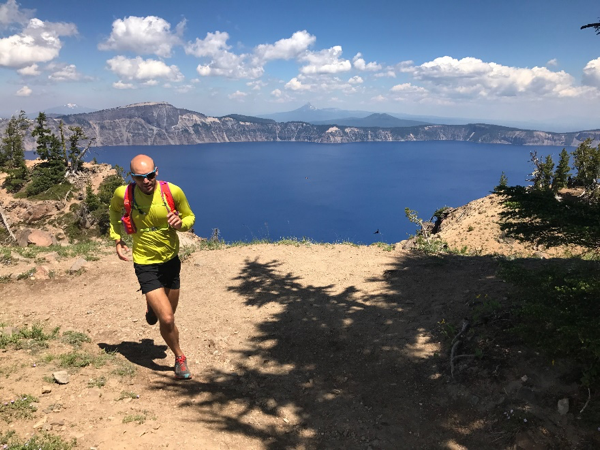 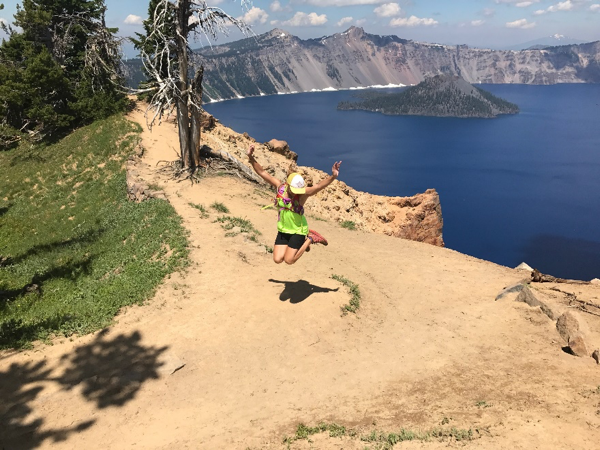 We assumed our route would be clear, but we were wrong. Snow blocked off large parts of the trail towards the summit. We eventually found out on our way up that park officials had closed off the upper portion of the trail since it was deemed unsafe for visitors.

Before you head out on your selected route, check in with the park rangers to see if you’ll need any special equipment or if the snow has melted enough for safe passage. You may want to rethink your route if portions are blocked off to maximize your experience. Some trails offer views of the lake from the top of nearby summits which may be unreachable depending on the year or when you visit the park.

Pick a few trails in advance if you can, this way, you won’t be disappointed if one of them is closed off for the season. We ran into this problem when we got to the park. Nearly all of our alternate routes were partially closed. 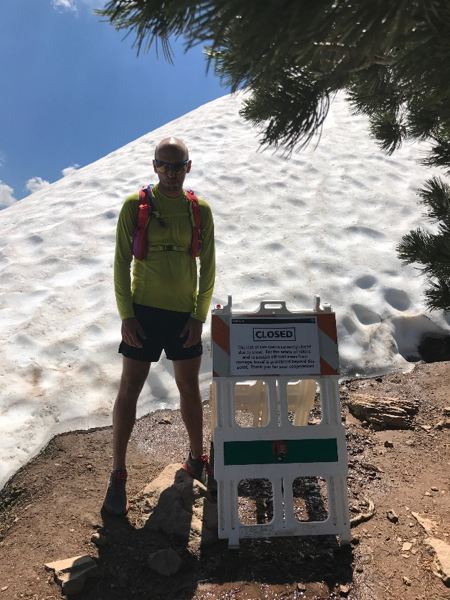 The best time to visit the park is in late July, August or September. We planned our visit in the end of August and were fortunate to have a warm, clear day. The park can receive snow year-round, however, so plan accordingly and pack cold weather gear, especially if you’re planning on being out on the trails for an extended time.

Plan extra time into your commute as well. To our dismay, many of the park’s roads were under construction, which led to long delays. Despite our early start, we didn’t hit the trail until shortly after 11 a.m. Staying in the park will reduce your travel time and maximize your time on the trails if your primary objective is to admire the lake.

Unfortunately, the park was packed on the day we chose to visit. Our planned run quickly turned into a hike as we maneuvered around other tourists and park visitors making their way to the summit. We were able to run for short segments, but opening up wasn’t possible.

Because the trails are so limited in the park, there’s a good chance you’ll need to share space with other outdoor enthusiasts. Ditch your headphones and pack an extra layer since it may be slow going between the foot traffic and the snow.

We weren’t sure what the permit status would be when we arrived in the park, and instead opted to camp in the Umpqua National Forest. Thanks to the high elevation, the forest was cool overnight and we were relatively comfortable in the truck. The forest also offers free dispersed camping in specific areas. Depending on where you want to enter Crater Lake National Park, you might be able to do the same thing.

If you’re looking to get off the beaten path or just spend more time in the area, check out the surrounding Umpqua National Forest. The forest is huge with plenty of lush, green trails characteristic of the Pacific Northwest. They’re also less travelled compared to Crater Lake. You’ll avoid the crowds and take in some spectacular scenery. 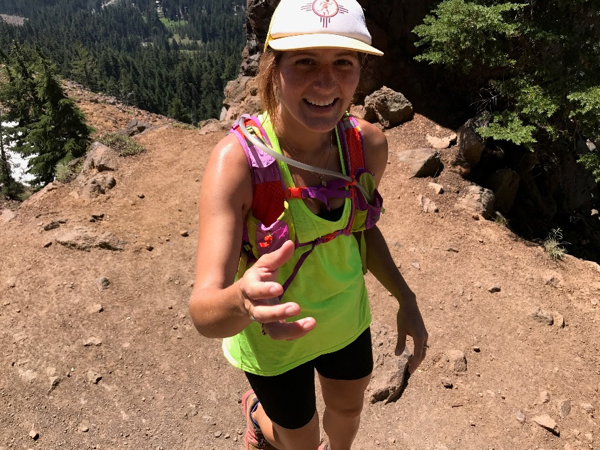 At this point in our trip, my sunburn had healed up and I was in full peeling mode, just in time for my sister’s wedding. Fortunately, we had learned the virtues of sunscreen and bug spray at this point and applied both liberally.

The only downside to the Umpqua National Forest is the high volume of mosquitos. We avoided this by spraying the truck windows with bug spray. We didn’t notice many near Crater Lake, fortunately, but we still brought bug spray in case.

Black bears do make appearances in the parks from time to time. We didn’t encounter any on our visit, though we also weren’t trying to seek them out. Practice the standard bear rules and you’ll likely avoid unwanted encounters.

Mountain Lions, however, do call the park home. It’s rare you’ll run into one, but make sure to brush up on the proper ways to handle any encounters.

If you’ve got extra time, take a boat ride around the lake or to visit Wizard Island. You’ll get to see the lake up close and check it out from a different vantage point. Wizard Island has a couple of short trails, including the Wizard Island summit trail, a rocky 2.2-mile round trip to the top of Wizard Island and around the crater summit.

Dealing with a DNF