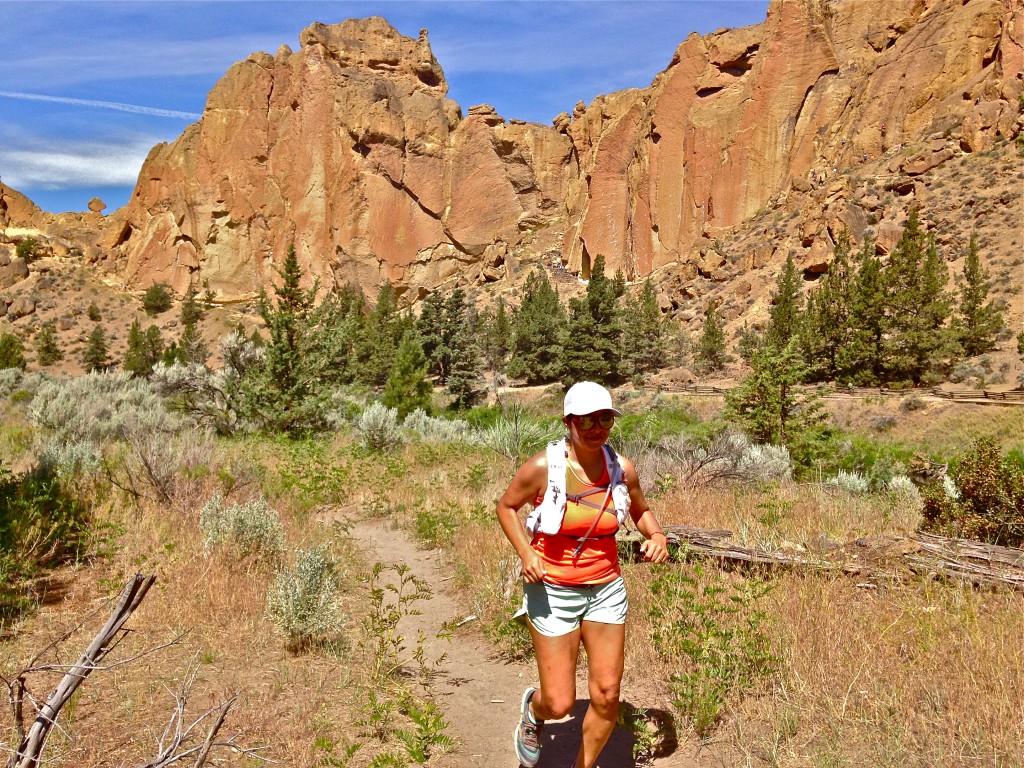 What One Run Can Teach You

Waking up to my alarm at 5 a.m. isn’t hard these days. In the wee hours, my body knows that a grueling struggle is near triggering an internal wake-up call. Long gone are the days where I lie in the darkness, my mind spinning to justify another hour of sleep instead of getting up to run. This last weekend was no exception, and this time I had friends to hold me accountable. While I attempted to drown the nervous anticipation of the upcoming long run with a triple latte, I had no idea just how much more I would be gaining from this four-hour adventure than simply vertical feet.

Three of us piled in the car and headed to Smith Rock State Park. As an area that’s internationally known for world-class rock climbing, it’s locally known to Central Oregonians because of the plentiful single track. With so many trails at higher elevation still covered in multiple feet of snow, Smith Rock is where trail runners have been able to get their miles in on some dirt along with a significant amount of elevation gain.

Most of my winter training has involved multiple 500-foot climbs on a nearby butte, or rolling single track along the Deschutes River. My body wasn’t exactly prepared for this heart rate flat-liner up to the top of 5,108-foot Gray Butte, but like most trail runners I arrived wide-eyed and eager to reach high altitude. Unfortunately, my high spirits were bruised a few miles in when I tripped on a flat section of the trail.  External skin gashes aside, we all agreed embarrassment from falling was far worse than physical injury. I shook it off and kept  running.

With a slower pace, I lagged behind a bit. I knew I’d be slower than my two friends, but it’s still a little defeating when you can’t keep up.  My early years of running were flooded with that same feeling – running with faster friends can be a healthy challenge, but also makes your skin a little thicker from always pulling up the rear. Fortunately this time, we were all just happy to be on the trails. The climb up to the summit allowed me to catch them on their descent and yet, I still found my confidence wavering from both the fall and falling behind. I hadn’t expected to be out there questioning my ability, but there I was.

The return back down was testing our quads as we passed other ultra runners we knew.  Everyone seemed to be in search of clear trails, and with all the smiles there was no doubt we were all happy to find them. As we ascended the final trail back to the car, I was relieved to be done but worried that my shaky quads were telling me I wasn’t ready for my upcoming race. And so I started to reflect. I had completed 3,300 feet of vertical gain in four hours while running with some incredible athletes, and mentally remained tough enough to surpass the pain from a fall on the trail as well as sore quads. I can do this.

It wasn’t long before the little whispers of negativity floating around in my head disappeared. What was left was a mental strength that I had forgotten about, solidifying belief in myself and the ability to do what I set my mind to. It had been a while, but I remembered that by pushing myself I often learn things I might never have known, instilling a belief that I can do so much more. It’s a lesson I’ve learned a few times, and always on the trails.

I love everything about this! Thank you. I am always the caboose and often need to remind myself of what is possible, what I’m capable of on trails.