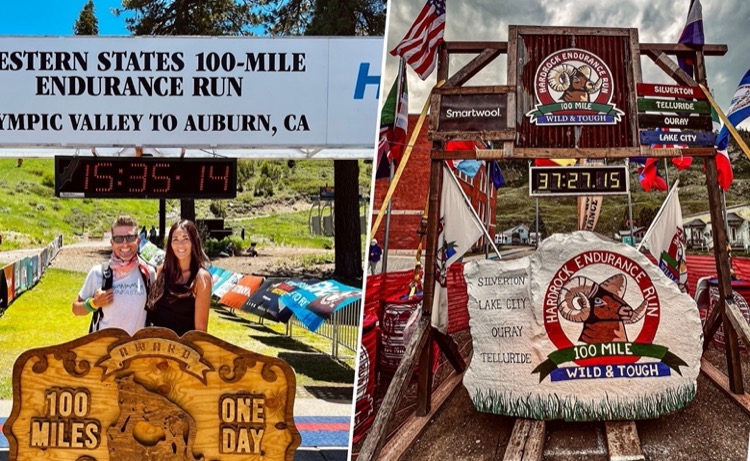 I’m finally standing at the top of Robinson Flat—an aid station around mile 30 of the Western States 100—after flying down dirt roads, hopping a shuttle, hoisting coolers over my shoulders and trudging up a short hill. Now, it’s time to wait for my Golden Ticket-winning runner to show up and spring into action as fast as humanly possible.

Will he arrive in 10 minutes? An hour? How’s he feeling? Maybe he tripped at mile 4 and everything’s gone downhill. Or, maybe he’s having the race of his life and it’s up to me to keep the momentum going. Did I remember the salt tabs? Where’s the electrolyte mix? How much ice should I stuff in his vest knowing the high temps are just getting started?

The crowd is electric now that the first nine runners have made their way through the aid station, and finally, I see my runner cresting the dirt hill. He arrives, and the rest is a blur. But, in that blur, I resupplied him with fuel, exchanged empty bottles for full ones, and doused him in pitchers of water before a confident fist bump and quick exit back onto the trail.

This is just a glimpse of what it’s like crewing a runner who is racing one of the most infamous ultramarathons in the word. And not just any runner—a top 10 runner. And not just any crew, but a crew of one. Me. Pressure? You bet. Exhausting? I’m tired just thinking about it. Was it fun? I cannot wait to do it again.

Usually, runners at this caliber come standard with a fully stocked pit crew tasked with one job per person. I had all of them—plus hours of driving between aid stations, stopping to restock ice and water, and maybe getting a quick bite for myself before resuming my crew duties.

This was one of two races I crewed for this summer and both experiences provided plenty of similarities, as well as having their differences. The other race was the Hardrock 100—another very well-known and “impossible to get into” ultramarathon with an unrelenting course rooted in southern Colorado’s San Juan Mountains. 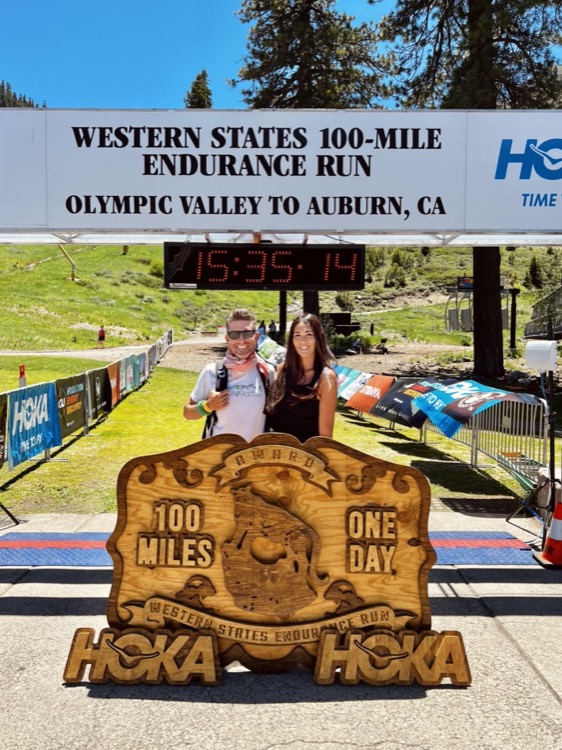 Unlike Western States, at Hardrock I was one of five crew members with very simple tasks, like cooking breakfast burritos and shuttling two pacers up and down to Animas Forks aid station at mile 58. It was also different in that our runner wasn’t competing for the podium and simply wanted to finish with a better time. Don’t get me wrong, there was pressure from a crew’s perspective, just different. Here, most energy was spent helping our runner troubleshoot all possible problems and placing “Band-Aids over bullet holes” if needed. This was the case a few times when our runner was unable to eat due altitude anytime he was above 10,000 feet. At States, the pressure was on to move as fast as I could with little-to-no thinking from the moment we started at 5 a.m. until 9:35 p.m. when he crossed the finish line. Sure, he had his share of race-day woes, but at States it was more important not to linger on them at aid stations and just keep the party going.

On the off chance you’ve been to both races, you might also notice how big one felt over the other. The stage at Western States is massive—it’s got media, spectators, sponsors—you name it. And while both attract the best runners in the world to run on some of the most breathtaking trails in the country, Hardrock is much smaller. It’s got that mountain town feel that makes you think you’re already family after the first visit. There are inside jokes and race quirks only Hardrock officials and locals would understand. And, it boasts almost double the elevation gain of Western States. 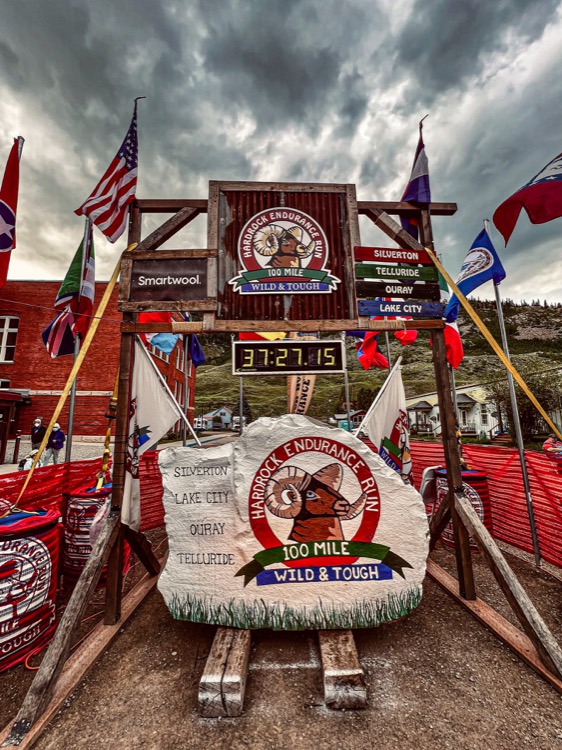 When comparing these two events, I immediately think about the reason I fell in love with ultrarunning in the first place—the community. Western States and Hardrock are what they are because of the people: the race organizations, volunteers, crews and locals. If you need something for your runner, or, say, you got a flat tire en route to an aid station, any of those people would drop what they’re doing to help, because that’s what ultrarunning is all about. Cue the warm and fuzzy feels.

What’s also similar between these races is how difficult it is to get an entry spot. Maybe this is where the crewing pressure stems from. To toe either start line, you not only need to finish another ultra—or many—to earn lottery tickets for these races, you also have to be lucky enough to have your name pulled. Or, you’ve got to be fast enough to win a Golden Ticket to get into Western States. I haven’t had either of these things happen, but I still felt pretty lucky to be a part of both races.

Do I recommend crewing or pacing at one or both of these events? Definitely. If you don’t get into either via the lottery, it’s a great way to experience them from a different perspective. And I promise you won’t regret helping someone remember why dreams are always worth chasing, and in the end, redefining what the human body is capable of.