After a day of wrath, looking west at a brooding evening sky from Scotts Pass (mile 65). Photo: Brett Davis

After a year hiatus due to COVID, the Wasatch Front 100 Mile Endurance Run returned to the Wasatch Mountains of Utah and the ultrarunning community. This year, after careful consideration and adding safety precautions, the race was held on September 10-11.

Utah’s mountain weather can be quite variable, but rarely as unpredictable as this year’s run. The Wasatch Range suckered runners into its lair with modest warnings and a beautiful morning. A 30% chance of precipitation was in the forecast: some rain perhaps, maybe some wind thrown in, too. So, what could go wrong? A brutal Friday afternoon and evening, complete with rain, hail and wind, pushed runners off trails, leveled aid stations and left welts on exposed skin. The faster runners were farther down course and had a better set of conditions, but the middle to latter part of the pack had no such luck. Because much of the Wasatch 100 course is on exposed ridgelines, the majority of the runners faced the full fury of Mother Nature. 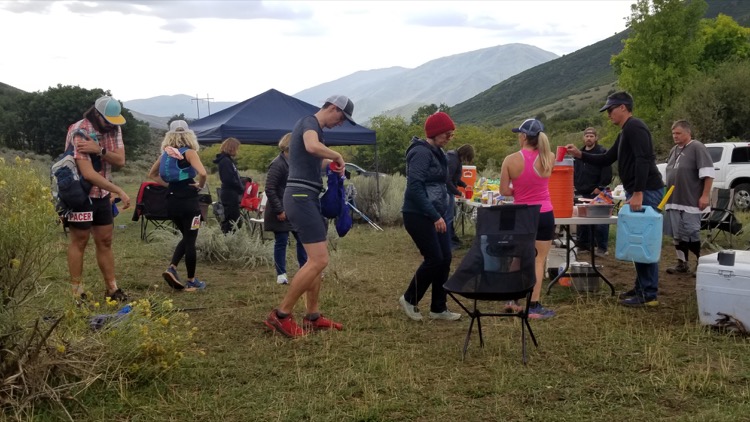 The Decker aid station located at mile 95 is the last aid station before the finish. Photo: Dan Lundwall

The mid and late packs cooked in 80-degree temperatures early on, and then suddenly found themselves in cold wind, rain and hail. Aid station crews were literally holding onto equipment to keep their aid stations together. Radio equipment and food from tables were scattered, and tarps, canopies and tables were overturned. When the weather cleared Friday night and Saturday dawned with much milder weather, the damage had been done. Wasatch had its lowest finish rate in many years (55%) – of the 298 who started, only 165 finished. 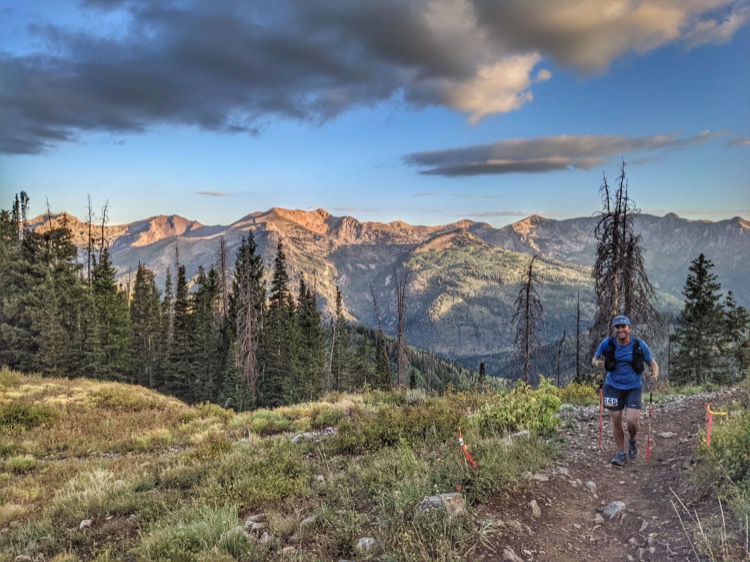 2021 GRAND SLAM
The Grand Slam of Ultrarunning® is an award that recognizes those runners who complete four of the oldest 100-mile trail runs in the U.S. Because the Vermont 100 was canceled this year, runners could pick (in addition to Wasatch) three from the following four races: Old Dominion, Western States, Burning River and Leadville. Ten runners this year achieved the award. These elite runners are listed in order of total finishing times.

TEN TIME FINISHER
The Wasatch Front 100 Mile Endurance Run awards a prestigious ring to 10-time finishers. This year the Ten Time Finisher ring was presented to Sarah McCloskey of Cottonwood Heights, Utah. Sarah’s first finish was in 2008, and her fastest finish was in 2013 with a time of 24:31:19. Congratulations Sarah. 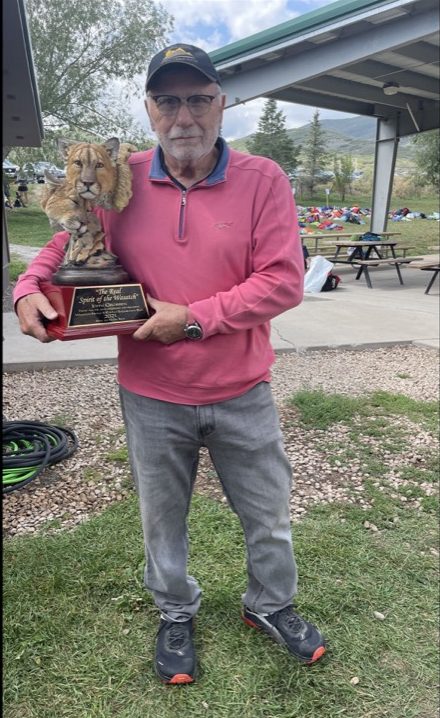 John Grobben, race director, is the 2021 recipient of the ‘Spirit of the Wasatch’ award. Photo: Adam Grobben

CELEBRATING A SENIOR MOMENT
A special shout-out goes to Nicholas Bassett for his time of 35:30:40. At 76 years old, Nick set the age record for finishing the Wasatch Front 100 Mile Endurance Run. This was Nick’s 18th finish of the run.

THE SPIRIT OF THE WASATCH AWARD
The Wasatch Front 100 Mile Endurance Run presents a beautiful award to the runner or volunteer who exemplifies high sportsmanship and/or service. It was therefore a delight to see that the Spirit of the Wasatch award for 2021 was presented to John Grobben, the race director. That’s quite a trick to present an award to the very person who oversees this award, and doing it without his knowledge. The award plaque was quietly prepared and then publicly presented to him. John has been the race director for many years. He’s steady, thoughtful, and clearly demonstrates a love of the runners and the race. For decades, John has put his heart and soul into the race. Some folks measure a year from Christmas to Christmas. However, for John and so many Wasatch volunteers and runners, the year is measured from Wasatch to Wasatch.