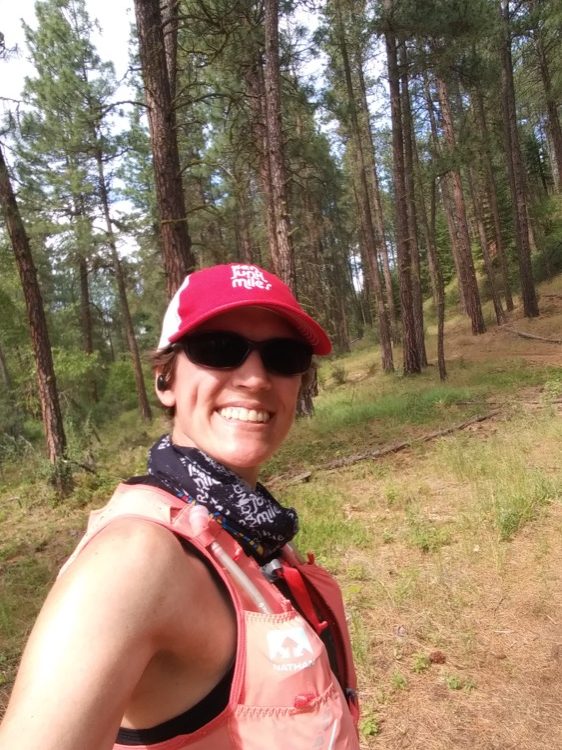 Virtual Sugar Badger 50/50: Everything but the Def Leppard Tribute Band

The inaugural Sugar Badger 50/50 and Half Marathon was supposed to take place on May 30 on the Badger Trail in Wisconsin, but the universe had other plans. Not surprisingly, the race couldn’t proceed as an in-person event due to coronavirus restrictions. Ten Junk Miles Racing converted it to a virtual version so people who had trained could still run the race and collect the best swag in the world (honestly, the swag was outstanding). Even through the disappointment of cancellation, it was clear that the virtual option had a silver lining. People that would otherwise not be able to participate suddenly could. I was one of those people, so I signed up for the 50-mile distance. 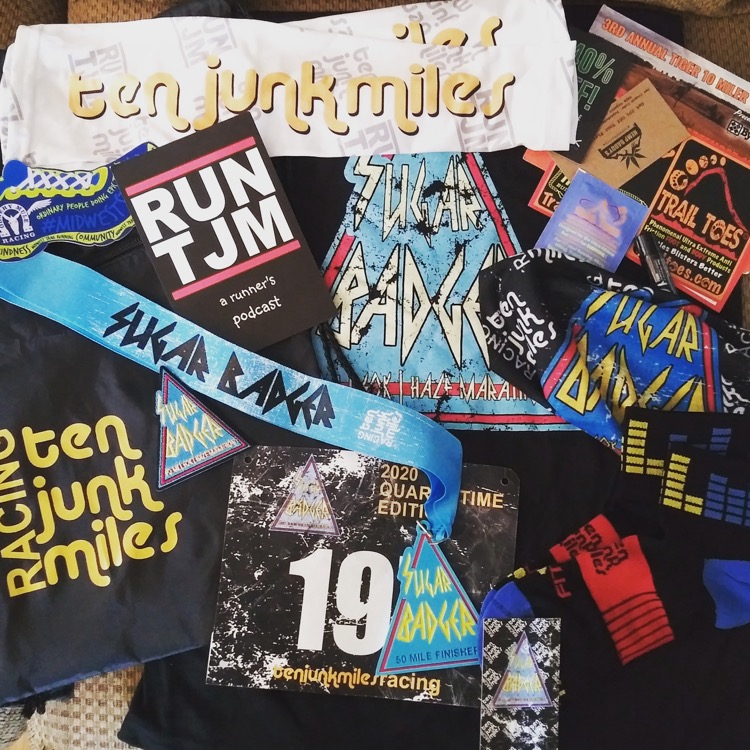 With the loss of a physical location, start times and cutoffs, one thing that wasn’t lost was the sense of community. The Ten Junk Miles Racing team made sure to engage participants in conversation using social media, and even threw an official pre-race party on Facebook Live the night before the originally scheduled event. The speakers included multiple world record holder Camille Heron along with Olympian Chirine Njeim, who has competed in both summer and winter games. Live music was planned by Rok Brigade, a Def Leppard tribute band, but unfortunately, technical difficulties prevented the performance.

On race day, I let my fellow Sugar Badger runners know I was starting my race via social media, and began shortly before 5 a.m. to beat some of the heat and miss the thunder and lightning show that was forecasted later in the evening.

After 10 miles, I decided the “nothing new on race day” rule was boring and cracked open a Pabst Hard Coffee. Caffeine and alcohol? At 7 a.m.? When I still have 40 miles to go? Why not? It went down surprisingly easy and gave me a spring in my step and smile on my face from gambling and winning. I shared a picture of my bold move with other Sugar Badger runners on the TJM Slack group. Checking in with the group throughout the day helped me feel connected and part of something even though I was thousands of miles away. 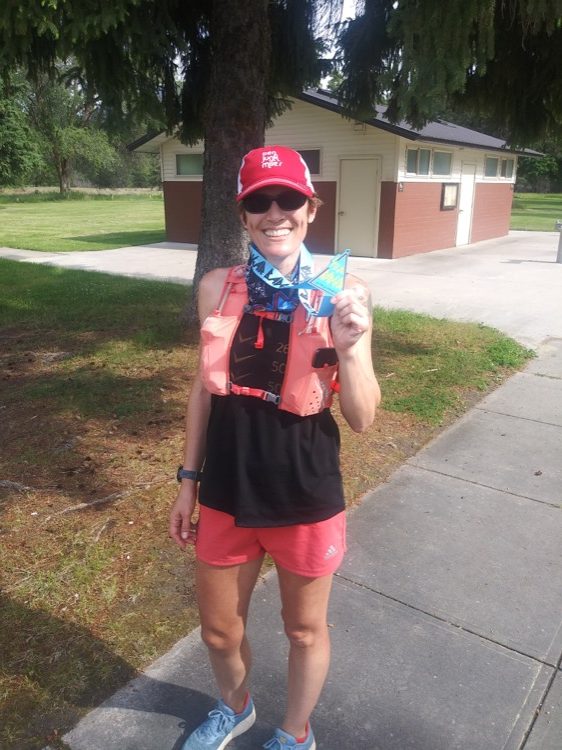 My husband and kids stopped by the aid station that I had set up in my car. They brought savory snacks, rang a cowbell and cheered, and my younger son ran with me a little too, even though he was wearing flip flops. Around mile 38 my sister showed up with freshly baked cookies. This was especially uplifting because I hadn’t seen her in 12 weeks because of quarantine. I may have shed a tear or two.

Then the weather fell apart. My son had returned in better shoes and was running with me when the thunder began. The sky was flashing and rain dumped on us. The forecast was wrong—it should have been hours before the bad weather hit. We huddled next to a tree for shelter from the downpour. Those few minutes just chatting and waiting with my son were a highlight of my day. After a bit, the storm passed, the sun came out and we continued. I only had 10 miles left, and aside from a sloshy stomach, I felt good. I dropped the kiddo off at my “aid station,” stuck my headphones in and loaded up the latest TJM podcast to get me laughing to the finish line.

When I finished, I got hugs from my kids even though I was sweaty and sticky and stinky. In the absence of a race director, my son hung my medal around my neck. After I got home, I checked the TJM group chat and let them know I had finished while I caught up with the other runners on their journeys. It was an odd post-race gathering, but we still celebrated together. If the virtual version is any indication of how Ten Junk Miles Racing conducts an event, I absolutely cannot wait run one of their races.