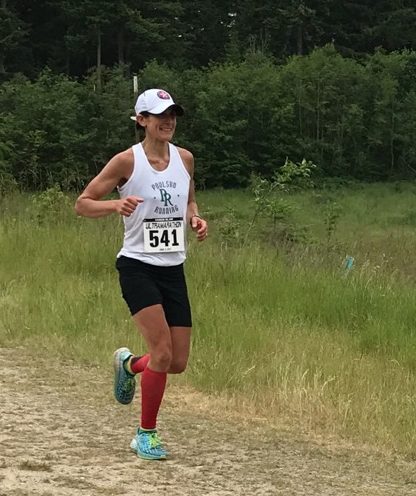 It was the perfect weekend weather for trail running at the 8th annual Vashon Island 50K Ultramarathon & Trail Run, held the first Saturday of June, and which drew 135 runners from around the US to the island to enjoy the trails. Karen Wiggins from nearby Belfair declared it the most perfect day to run an ultra out of over 130 ultramarathon finishes she has recorded; in commenting on the fifth time she has run the Vashon event, she said “Vashon Ultra is an island gem smack in the middle of a big metro area but you would never know it as it’s a small community and is organized by some of the friendliest folks! You should add this one to your calendar next year for sure.”

There were mostly-dry trails except for a mud bog, purposefully chosen to add a bit of difficulty, to greet the runners. The event utilized the trails of Island Center Forest and Fisher Pond, courtesy of King County Parks and Vashon-Maury Island Land Trust. The three-lap course included two check points every ten miles, and at the finish everyone enjoyed refreshments and a buffet of excellent food as they cheered in the runners.

There were many firsts at this year’s event, with many of the 50k runners running their first ultramarathon. They were treated to what can only be called the “spirit of Vashon,” from the more than 38 volunteers that host the event, and which drew runners from as far away as Florida. The 50k and 10-mile races included a one/two finish by the husband/wife team Steve and Gina Slaby of nearby Seabeck in the 50k; Gina, the current 100-mile world record holder, set a new course record for women, finishing second overall to Steve in a time of 3:47. Steve and Gina used the race as a tune-up as they prepared to represent the USA at the World 24-Hour Championships in Belfast, Ireland. 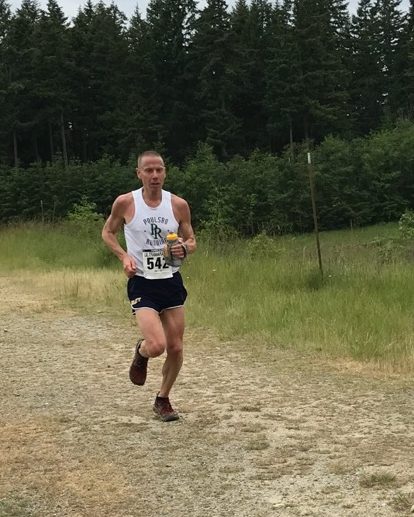 Care was shown to every runner, from the front-runners to the recipient of the “Red Lantern Award,” 79-year-old Bob Norton of Huntington Beach, California, a three-time finisher who ran the 50k in 8:48. Norton has 25 years of ultra experience. The youngest ultrarunner of the day, 17-year-old Sam Knight of Vashon, finished the race with an impromptu knee brace torn from his t-shirt after a near fall. 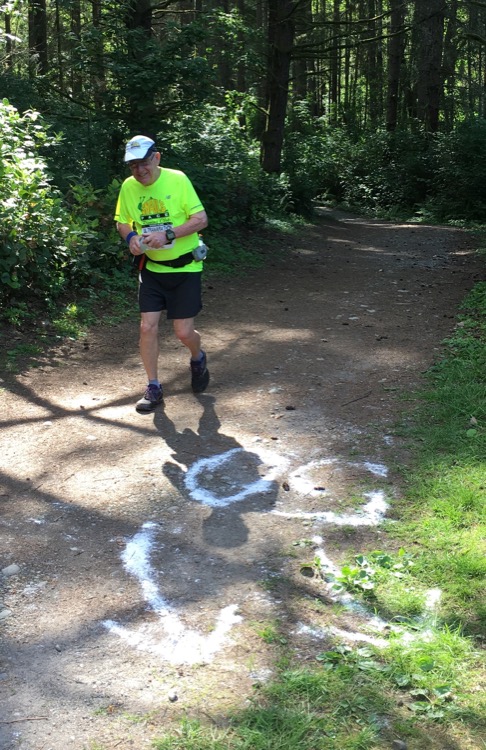 The trails were “swept” after the event by runners from the high school cross county teams, which are one of the recipients of the charity event, instilling in the next generation the grounding of community commitment and teaching by example, by running or volunteering.

Beyond the new course record, this year was a bit different from past years, with a greater proportion of women running, and more runners from out of state who were drawn to Vashon by its unique and non-commercial nature and home-town vibe, something not found in the ‘burbs or in highly commercialized for-profit runs.

Sisterhood, brotherhood, and familyhood were obvious, with many finishers coming across together in a two- or three-way tie. One extended family (ten members) from Sacramento came up to Vashon specifically to run this event and experience Vashon Island; it was a good exchange and benefited both communities, with camaraderie and personal contacts made. 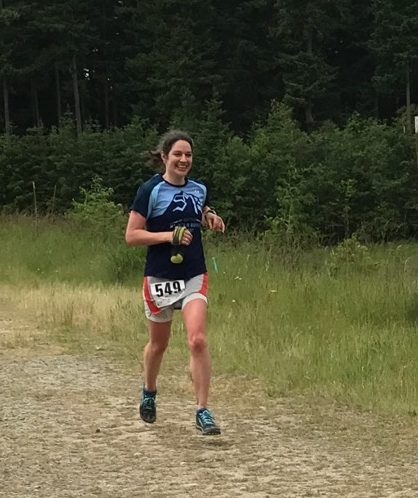 Some runners who ran in the inaugural 2010 race came back to re-experience the event, including 2010 winner and first-time women’s record holder Yitka Winn. Yitka ran her very first ultra on Vashon in 2010, and after landing a writing job at Trail Runner magazine she moved to Colorado; however, missing her hometown of Seattle, Yitka recently moved back and returned to Vashon’s ultra, improving her time by over 80 minutes from her first try. In the intervening years she had accumulated 22 ultra finishes, including six 100-mile races. Yitka is a good example of what the Vashon Island Ultramarathon hopes to accomplish, which is an introduction to trail running in general, and ultramarathon events in particular. The weekend’s event included a popular 10-mile trail run, which drew over half the total runners. The 10-mile women’s race was won by 25-year-old islander Laura Krogman, and the men’s race was won by Paul Young of Normandy Park.