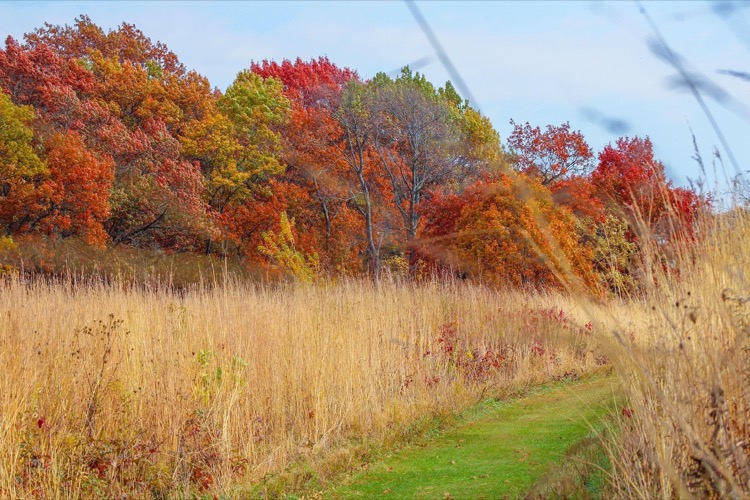 Humans, at our most primitive state, are explorers and have always needed trails. Whether it was to hunt, seek help or flee from danger, we’ve needed an efficient way to go from point A to B. Today, we need trails less for basic survival, but arguably more for mental and emotional health. They’re generally our most reliable running partner, consistent counselor, and a place to unwind from chaos.

My home trails are those of the Byron Forest Preserve in Byron, Illinois. A mixture of woods and prairies, flats and small hills that stretch for miles near the Rock River. As I change and the seasons change, so do the trails. Even though I’ve been on every square inch of the trails countless times, I’m excited about what’s over the horizon. Since most trail runners are explorers at heart, we crave the journey and sense of the unknown. Did last night’s storm finally topple that old oak? Will a sunrise from the top of a hill stop us dead in our tracks?

As captain of my trail running vessel, I’ve consulted the official maps and know the official names of the paths I travel: Outer Trail, River Woods and South Loop. In my head I’ve renamed them: The Escalator, Escape from North Woods and Pac-Man. Adds a little more flair and context to the story when I’m recounting my tempo run up “The Escalator.” It’s amazing how different a familiar route feels when run in the opposite direction, or in the dark. The trail doesn’t change, but the feeling is different. It’s a sense of the expected with a dash of the unknown.

The preserves, parks, forests, and open spaces we train and race in are so dynamic and full of wonder. Dynamic in how the leaves and prairie grass change and full of wonder because very little is scripted or man-made. And while I don’t live anywhere near iconic trails such as the PCT, AT, Wonderland or Colorado, that doesn’t mean I can’t experience all of the same sensations on the Cone Flower, Indigo Trace or even the “The Escalator.” One foot in front of the other, wherever you are, for however long you’re willing to run. The trail will be there waiting.

I agree with you whole heartedly, Chris! Every season, different direction, new running companion or even listening to different music, podcast or book seems to give the “same old trail” a new feeling. Happy Trails, my friend.

I had this same thought yesterday when I ran my trails, the Deer Grove Forest Preserve in Palatine, IL. Last week, there was still so much color. WIth the storms that blew through on Tuesday night, the trees are stripped naked and the paths were strewn with leaves. There were a lot of fallen trees on the paths too. It’s always a different place when I run there and for that I am very grateful!