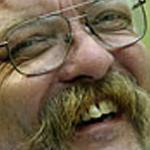 During the course of human history, there have been certain technological advances that have fundamentally transformed our species. The GPS is one of those inventions. Over a remarkably short period of time, the majority of the population of first world countries has developed a dependency on the GPS. Without a soothing voice on the dashboard instructing them at every turn, some people can no longer find their way to and from work. The ability to read maps, or to give or follow directions is decaying. Tales of drivers running into lakes, or perishing in high mountain passes, at the direction of their GPS are hardly apocryphal.

With so many ultras taking place in remote locations, the vagaries of the GPS have begun to come into play. At one recent ultra, a number of runners were 15 miles away, on the other side of a mountain, gathered around a forest service gate in their cars, when the race started. Their GPS had correctly calculated the shortest route to the starting line. However, it had failed to make any allowance for the fact that that route required crossing over a mountain on a remote, and gated, four-wheel drive track. Mapless, and clueless, the runners were unable to figure out the 40-mile circuit around the mountain on actual roads in time to start the race.

For runners, GPS dependency does not end when they arrive at the venue and ready to run. The danger of leaving the grid is avoided by the wrist GPS. I have not yet heard a soothing voice emanating from the wrist GPS, telling the runners when and where to turn. But it does emit a periodic beep to inform everyone around that the wearer has completed another mile… a GPS mile.

These days, every race director knows about GPS miles. There is no avoiding it, as the traditional post-run requirement is that every runner tell the race director the actual race distance… per their GPS. None of them seem the least perturbed by the wide range of distances obtained by those GPS measurements. They are, seemingly, all correct, while the given distance is wrong. As best I can tell, the GPS mile is somewhere between eight and nine tenths of a mile as measured by a steel tape, a wheel, a surveyor or even a laser beam. Even at a race held on a paved, certified, one-mile loop, the race director was accosted by runners during the event, swearing that the loop distance was far more than a mile… their GPS measurements proved it.

A more cynical person might conclude the manufacturers of wrist GPS systems have decided their market share would not be enhanced by a product that ever told a runner that they had run a lesser distance than they expected. The low end of the margin of error needs to fall above the distance that can be obtained using cruder methods of measurement… such as a steel tape, a wheel, a surveyor or even a laser beam. It should come as no surprise that it is increasingly popular to record training miles based on GPS readings. This is possibly the most efficient method of increasing your training mileage that has ever been devised.

Of course, the wrist GPS does much more than just inflate the runner’s training mileage. It can produce a handy map of the run to impress your friends, create elevation profiles, reveal the average pace per GPS mile and even, through some mystical process, reveal how many calories have been burned. While I have yet to hear a soothing voice instructing a runner to “turn left, now,” I am sure that is coming. For the sake of everyone, I hope when that day comes, the instructions are given through an earbud, or else the cacophony of possibly conflicting directions at the start of an ultra might just drive everyone insane. And runners trying to make a discreet pit stop will be revealed by a soothing voice in the bushes calling out “recalculating.”

One thing is certain; there is no turning back. We are rapidly creating a world filled with people who no longer relate to archaic concepts like maps, road names and compass directions. This is a world filled with promise for GPS-less Luddites like myself. Should anything ever happen to the satellites that have replaced any natural sense of direction, we will be the most powerful people in the world, and the fastest ultrarunners. We will be the only ones who know where we are, and can find our way to the finish.

And this is why we love you Laz. I quit the GPS for running a long time ago. I was too worried about “mileage” and “pace” to remember to enjoy where I was and what I was doing. I run because I’m intoxicated by mountains and trees and adventure- I’ll leave anything behind that distracts me from that and the first to go was the GPS….

This is a good read except I was a little surprised at the following statement: Are you essentially concluding then that the GPS margin of error overestimation is anywhere from 10 to 20% (or am I missing something)? In a 100 mile race this would mean folks are reporting anywhere from 111 to 125 miles, right? I’ve never heard anyone report such gross overestimations. While I fully agree and it’s documented that GPS overestimates, in all of my MUT races comparisons the margin of error overestimation has ranged from 3 to 7%.

“As best as I can tell, the GPS mile is somewhere between eight and nine tenths of a mile as measured by a steel tape, a wheel, a surveyor or even a laser beam.” You’re saying GPS has a margin of error over estimation of 10 to 20% essentially right? This would equate to folks reporting anywhere from 111 to 125 miles on a 100 mile race, or am I missing something here? Though GPS’ definitely overestimates, it’s not nearly this exaggerated. My comparisons on MUT races have shown anywhere from 3 to 7% overestimating. Otherwise I really enjoyed the article as it brings up important points to consider with technology becoming so over consuming in our running lives and lives in general.

My polar is 12% shy of actual, so I can believe it. Run 1 mile, measured by a tape, and the watch says it’s 1.12 to 1.14 miles. For a while I thought it was altitude messing with it, but it seems to be consistent whether running over a mountain, or on a flat space.
The same watch calculated 56 miles during the Silver Rush 50 last year.

The analysis on my Garmin gave me a 5% overestimation, and with my Suunto watch it is only 3%. If your polar watch is truly giving you a 12% overestimation you need a new watch! That’s awful. My point is still very valid, as the author is telling the reader that GPS overestimates 10 to 20%. Way over reaching here, I’d like to hear from anyone (and I never have) that says their watch goes 20% above what the actual is.

While I get the ‘jist’ of what your article is…if GPS is accurate enough to bomb with low collateral damage then it must be more accurate than bombing with a Jones wheel. 🙂

Military uses a different sort of GPS, and they wont release the tech behind it. it’s a Security issue, since the US gov’t has such an accurate GPS system, and the rest of the world, apparently, does not.
i’ve heard that commercial GPS has an in-built offset so that it will never be as accurate. Not sure about that part, though.

The problem with GPS is that GPS is accurate within 6 feet 96% of the time. If your GPS unit reads your position every 2 seconds, then it places you within it’s abilities every 2 seconds.
So you can be calculated to be 4 feet in back of you and 2 seconds later, you are 4 feet in front of you. This happens a majority of the time.
This is also how you get those top speeds at 13.5mph when you never ran that fast.
Your watch was probably not in that 96%for one hit and 2 seconds later you just covered 19.7 yards.

Now DGPS is much (much) more accurate (bombs dropped on a target).
About 360 times more accurate.
The military (and how runs the military) owns the rights to DGPS. DGPS can be altered or messed up in a way so other countries would not be able to use it in a time of war. Other countries have no gotten past this, but don’t expect to see a DGPS watch out in the next 50 years.

With GPS and it’s inaccuracies, you can conclude that the slower you go, the greater the inaccuracy. GPS is great for driving, but it really is not met for being perfectly accurate for running. The 10-20% is the increase the percentage is off as you go slower.

Don’t over-think this too much, folks. I think he 7-8 tenths of a mile short comment in the article is meant to be more tongue-in-cheek than exact. It fits with the point of the article, which is people shouldn’t get their panties in a bunch over GPS. I wear a GPS watch, but I don’t get uptight about it and let it distract me or destroy my enjoyment of a run or race. I like to briefly compare runs over time to look for trends, such as “I seem to have become faster on that trail,” or “I obviously don’t run as well when the humidity is above 70%. Maybe I need to look at my hydration/nutrition.” I do look at my watch for pace and distant during, but it’s not often, and I take it like some people take a yellow light: a suggestion. It helps give me an idea of how hard/how far, but if I return to the trail head and I’m .2 short of my target mileage, I’m not going to keep running another .2. And yes, I get excited when I supposedly PR too, but I know it’s a bit subjective. Also, I find it ridiculous when people get angry about a race, which reads differently on their GPS. Whether it was short, exact or even very long off the advertised length, every runner is running the same course that day, and if you are super worried about year-to-year exactness to compare course records etc, then maybe you are in the wrong sport. Trails could differ daily (even hourly) and on the road you might run tangents differently. If you don’t want grey areas in your life, I think chess is pretty and white.

I agree with all of your points, well said. Except one. There’s nothing wrong with calling out the author’s comment about “seven to eight tenths of a mile to a GPS mile” and sharing the accuracy of what mine or other watches actually have shown (which is drastically less). There’s no getting “panties in a bunch” by doing this, just calling out a statement made. I think it was a gross exaggeration in part to strengthen his whole theme and argument against GPS’ wearers. But I enjoyed much of the other commentary.