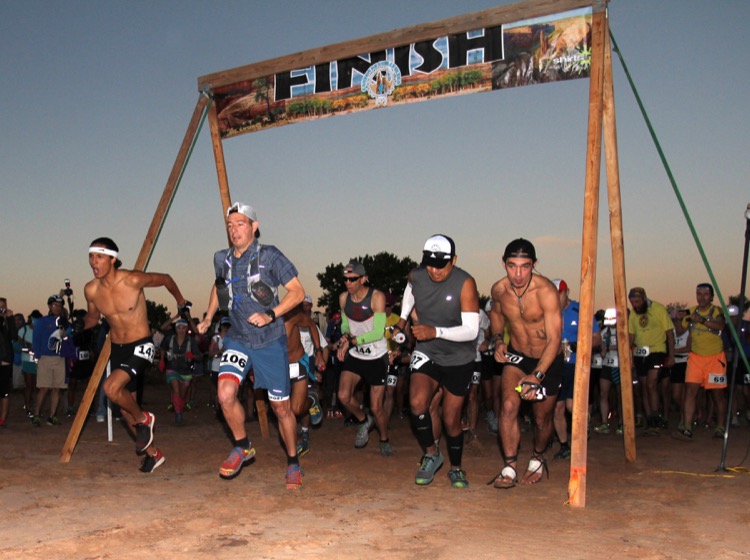 There is no question that fatigue is the result of physiological compromises in a host of bodily systems (muscular, nervous, hormonal, skeletal, respiratory, cardiovascular, etc.) during an endurance event. However even more critical to this weakening of the systems is the perception of fatigue being encountered. It is the brain that continuously monitors endurance performance and it this organ that eventually determines how far fatigue will be endured. If this is indeed the case, and some researchers believe it is, can the brain be trained to extend its perception of fatigue?

Research seems to be moving in this direction. Of particular interest in this area is the theory espoused by Dr. Timothy Noakes during the late 1990’s known as the Central Governor Theory. According to the theory the brain is similar to a governor on an automobile and prevents the body from going beyond perceived fatigue thus automatically resisting further physiological stress. Along with Noakes theory is the recent research of Dr. Samuele Marcora of the University of Kent who incorporated a mental task while athletes were performing on a stationary bike demonstrating significant improvement in endurance performance. Furthermore a study by Ferris Jabr supported the notion that diverting the thought process from fatigue using music also increased endurance performance. While none of this information is definitive evidence to prove that the brain controls fatigue, it none-the-less demonstrates the possibility that the brain is influential in the fatigue process.

Of particular interest in fatigue being influenced by the brain are two quotes by the great runner Steve Prefontaine. Although he does not mention the brain his fortitude to continue under extreme conditions points to the fact that not only did he push his physical systems to the breaking point, but challenged his brain to go beyond the fatigue he was already experiencing. Both quotes illustrate a toughness of both brain and guts.

“Don’t let fatigue make a coward of you.”

Based on the previous theory presented and the movement toward more research to support this theory, the following suggestions are made to better control the relationship between the brain and perception of fatigue.

The problem is, I’ve been doing this resisting fatigue thing for so long that now I can no longer judge when it is serious. This leads to me ignoring signals then getting injured. My brain is way way stronger than my tendons and ligaments, which now makes it hard to protect them.