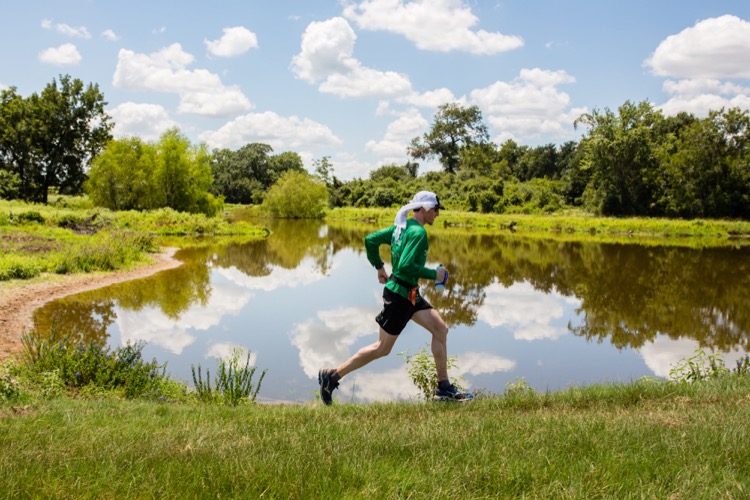 Success at My Third Habanero Hundred

Apparently I came up with the idea to run Habanero Hundred, a 100-mile race in the middle of the humid Texas summer. The first Habanero was in 2015. It’s set up in multiple six- to seven-mile loops with an aid station halfway out so you’re never more than an hour from water and ice even if you’re walking. I was totally killing it, but after 100k I couldn’t run and walked an entire lap. I began calculating (never a good idea) and figured eight hours to walk a marathon didn’t sound like fun. At 72 miles I dropped. It was my first-ever DNF.

The following year I was ready to not get Habanero’ed. After three laps a teammate brought me some ice cream. (I tell everyone that ice cream and running fixes anything.) I ate the whole thing in less than a mile. Around midnight I vomited violently for about five minutes. After a short nap, I turned in my timing chip. Two DNFs at the same race.

I couldn’t wait as long as the Cubs did to end this curse. Two months before my third Habanero, I started waking up at 3:30 a.m. to run 10 miles to work. It was quite the sacrifice but helped my mental stamina for doing something that isn’t fun or easy.

An old running buddy called the week before the race and said he’d be finishing his first 10k since college when I was finishing my race. I became worried that I might not finish again and let him down. 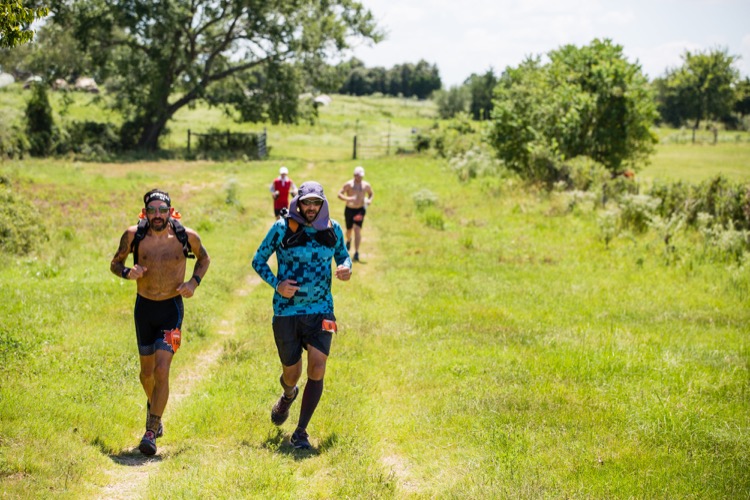 I started even slower this year, especially with the blazing sun overhead. I walked with many friends during those first laps and felt great. I kept a positive attitude through encouraging others, singing parts of songs over and over, and quoting The Simpsons and Seinfeld to myself, which made it easier to keep going.

Nightfall came and the temperature dropped from 95 to 80, but the humidity increased from 30% to 85%. Who would’ve thought that 80 degrees and 85% humidity would be a glorious time to hammer out 50 miles?

I got to the main aid station and asked for the usual (ice in my bladder and bandana), took salt and other food and headed out. I came in smiling at 50 miles and Rob (the RD) knew I was going to finish: “There’s the smile we’ve been missing for the last two years.” I also finally saw the clock – 11:32 p.m. I was a half-hour under 24-hour pace and still felt amazing. I couldn’t believe it. I had to leave and ride that wave for as long as it lasted.

With so many loops, I memorized trail markings. It helped break the race down into mini goals that were quickly accomplished and kept me feeling happy. Then I’d say something stupid out loud to myself as a congratulations to keep riding that wave. 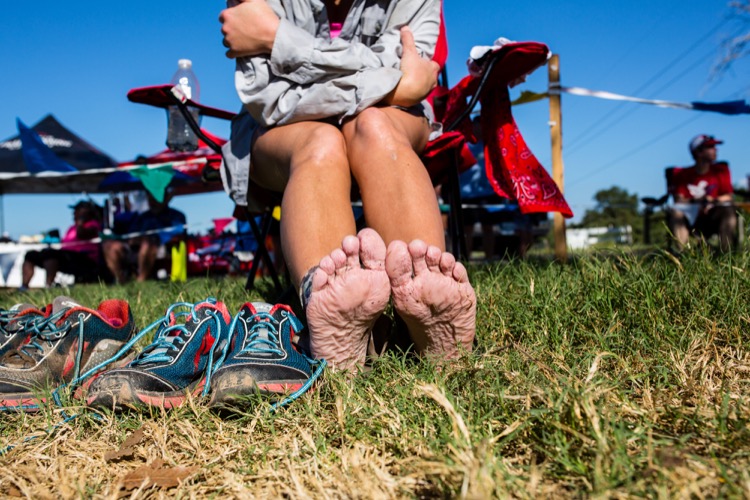 When the killer sun rose high, I only had 18 miles remaining. I tried to joke to Rob about only having a half marathon to go, but he was asleep. Two laps remained. I cried. A lot. But with plenty of support I was able to get back out. Now just a single lap to go. I broke down and cried my eyes out. I didn’t want to go back out anymore. It was awful being in the sun. My feet had been squishy for over 21 hours. I looked at the clock and asked if I really had 2¼ hours to finish. I was certain that I had blown my sub-24 hour finish with how much slower I thought I was going.

Amy, my crew chief/wife, suited up and got me moving, tears and all. Within a half mile I was back and ready to run as much as possible. A quarter mile from the finish was a sign of Julie with the quote, “Don’t be a little bitch.” This was the 16th and final time I’d see the sign. I stopped and said out loud, “Julie, I wasn’t a little bitch,” (though I choked up and cried when I said it), patted the Julie sign on the butt, and jogged the rest of the way to the finish where I was met by many friends and family who had supported me for the last 23 and a half hours. 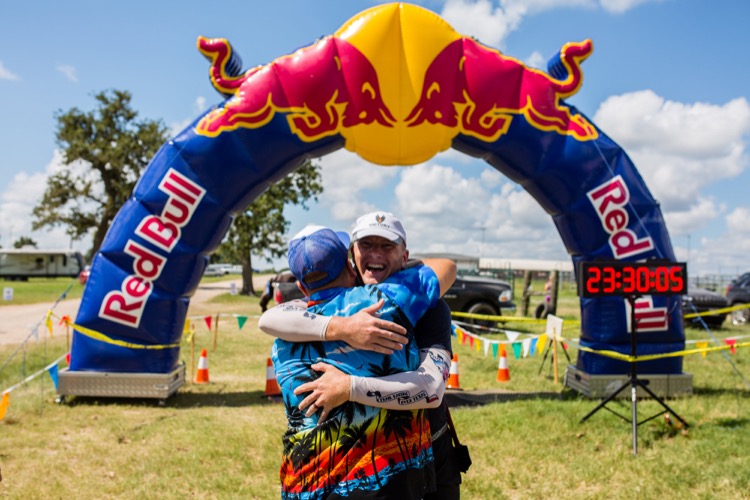