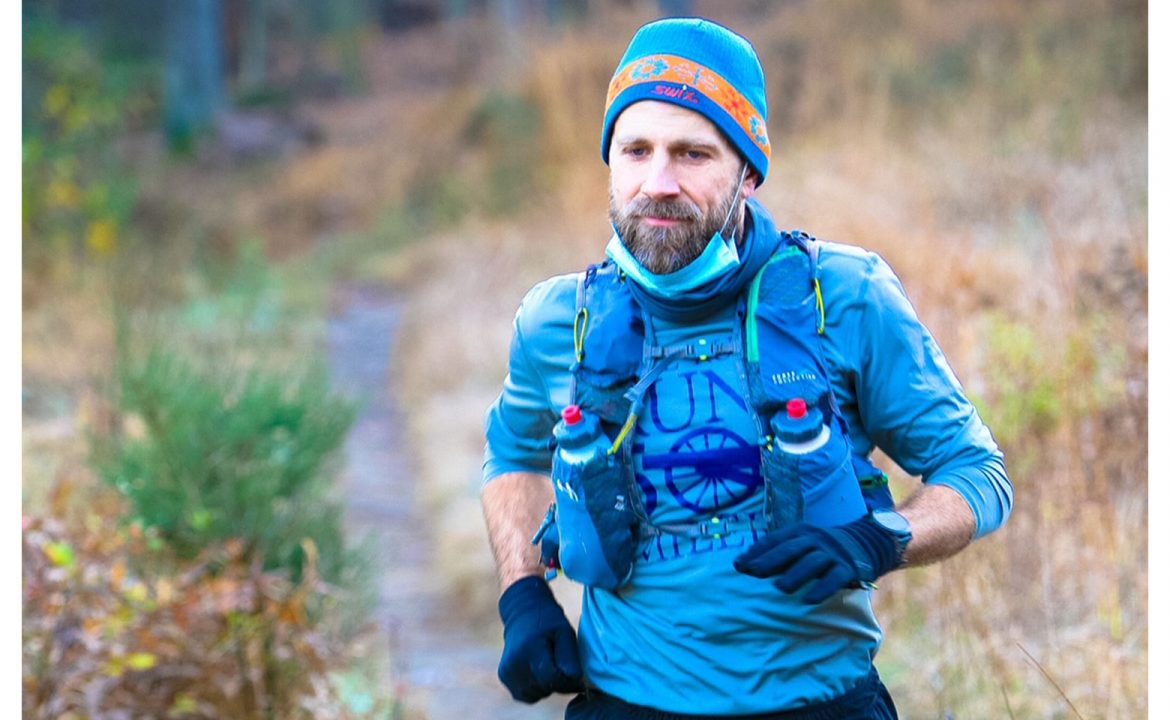 The Stone Mill 50 was named the RRCA National Championship Race ultramarathon for 2020, but as the spring unfolded, it became apparent that what we were hoping to offer was not likely going to be allowed.

Knowing the trail community would support us, we opened a wait list, stating we would only charge an entry fee if all of our permits were secured. A COVID safety proposal was drafted and approved by our county health department, and slowly permits fell into place. As race director, I did not relax until the day before race day at 5 p.m., when I knew county officers had left for the day and our permits were intact.

Our plan included a staggered and seeded start, with corrals of 20 runners. The lead men and lead women went off at 5 a.m. and 5:05 a.m., and corrals left every five minutes. Runners were required to be masked until after they started and when passing, and at each of our eleven aid stations. Aid stations were hands off and no pacers or crew were allowed.

As we began our day and the first runners arrived, it was clear they had read the plan and executed it perfectly. Bibs were picked up by those unable to attend our drive-thru packet pickup, drop bags were dropped and runners selected a cone for the start. Every single runner was ecstatic, gracious and respectful.

The men’s race unfolded with course record-holder Paul Jacobs taking a lead he would never relinquish. Through the run down to the Potomac River, Patrick Blair was in second with local top runner Nicolas Crouzier in third. Blair was new to both trail running and the 50-mile distance and struggled through the final miles. Both Jacobs and Crouzier broke the all-time course record in 6:41 and 6:46 (6:49 was previous) to take first and second.

The ladies race had a group of five head out to the front and teammates Meg Ryan and Michelle Miller pulled ahead at mile 5. Natalie Patterson took a bad step and sprained her ankle and was then unable to continue. Rachel Greszler called it a day at mile 24, and RRCA Eastern regional champ and our defending champion Kristen Serafin battled abdominal pain and stopped at mile 34. Ryan opened up her lead at mile 34, found “great momentum on the Ridge trail rollers and carried on to the trailhead” to victory in her first 50-mile race in 8:24. Miller claimed second in 8:45. Ryan said, “Without pacers or crew due to COVID restrictions, it was great to utilize teamwork to balance competition with camaraderie.”