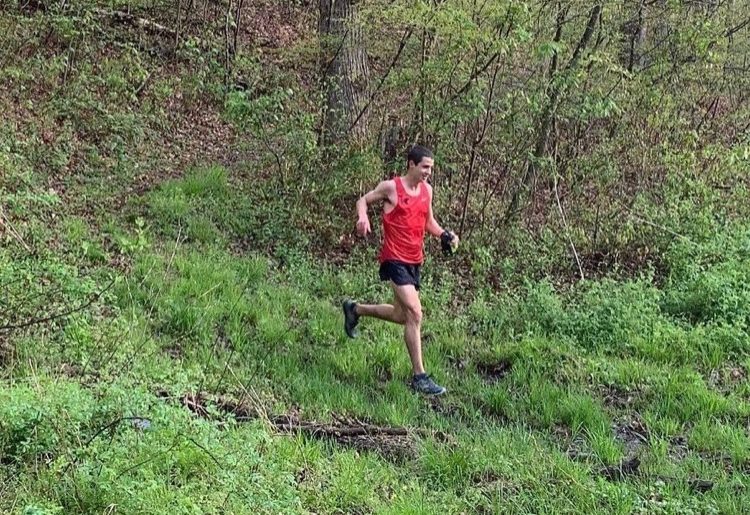 Like several runners in the trail running community, I quickly decided that this was the perfect time to go after an FKT. My first choice was to go after the Chicago Lakefront Path record near where I grew up, but that was closed as a result of the pandemic. I soon found out that leaving my new home state of Ohio wasn’t going to work either, so I settled on the Shawnee State Forest Backpack Loop, a 38-mile trail loop in southern Ohio that has over 8,000 ft of vert – enough elevation that Shawnee State Forest is known as Ohio’s “Little Smokies.” After consulting with some friends about the best way to help during the pandemic, I created a fundraiser along with the event to help raise money for Cincinnati’s Freestore Foodbank.

Many of the kids I coach came out to see me off, and it was fun to see them from 6 feet away after not seeing them all season. I started at 7:28 a.m., and only 1.5 minutes later as I was descending downhill, I twisted my ankle on a large rock. I spent the next several steps trying to gauge if I was about to have the most comically short failure in ultrarunning history, or if it would be just a hilarious story and a sore ankle. As it turned out, the ankle did hurt when I stepped on uneven ground throughout the run and it’s quite swollen as I write this, but it never became painful enough that I needed the Advil I had packed in my handheld. 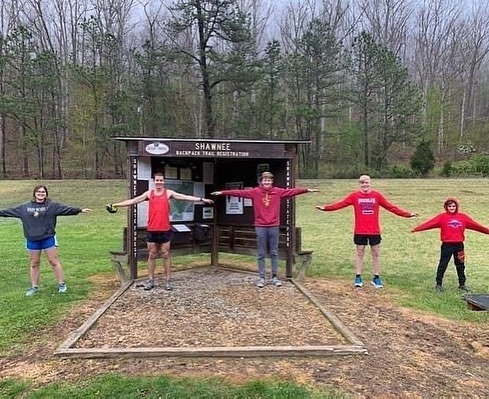 The first eight miles that included six steep climbs and over 2,500 ft of vert had me properly entering the “Why do I do things like this?” phase of an ultra. But the views from the high points of the park, the cheers from my girlfriend and roommate who were successfully navigating the backcountry roads to cheer me on, and thinking about the foodbank donations from so many friends kept me rolling as I approached the biggest climb in the park up Big Bear Hill (mile 13). After hurdling a few downed trees and descending towards the end of the north loop (mile 15), I got to see my team again while I switched out bottles and headed onto the south loop. The temperature was 30 degrees warmer than when I started, and at this point in the year, 75 degrees is hot. I had not even considered wearing sunscreen and I ended up getting burned. As a result, I actually enjoyed each of the countless stream crossings on the Shawnee south loop, except when one of them took the sole of my right shoe with almost 20 miles still left to run. 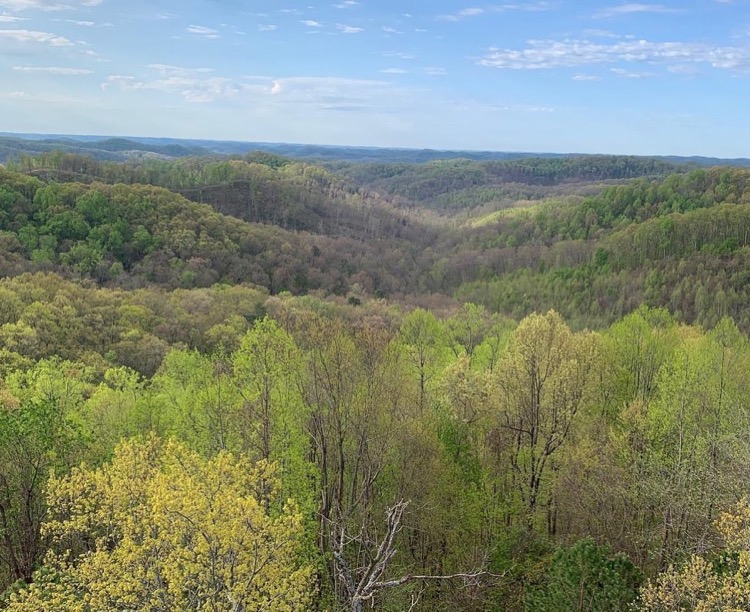 The final 20 miles were not the best example of fun. I stayed focused on trying to keep running no matter what running looked like. Except for two climbs over 20% grade between mile 29-31, the knee-deep stream crossings and the downed trees that were out of my amateur league in hurdling ability, the rest of the route was runnable. The next few hours were the kind of misery that ultrarunners keep coming back for, as much as it hurts, and the pain is what makes our sport special. I didn’t look like Kipchoge coasting into the finish of his sub-2-hour marathon, but I wasn’t blowing up or giving in, and that is what I think ultrarunning is all about. 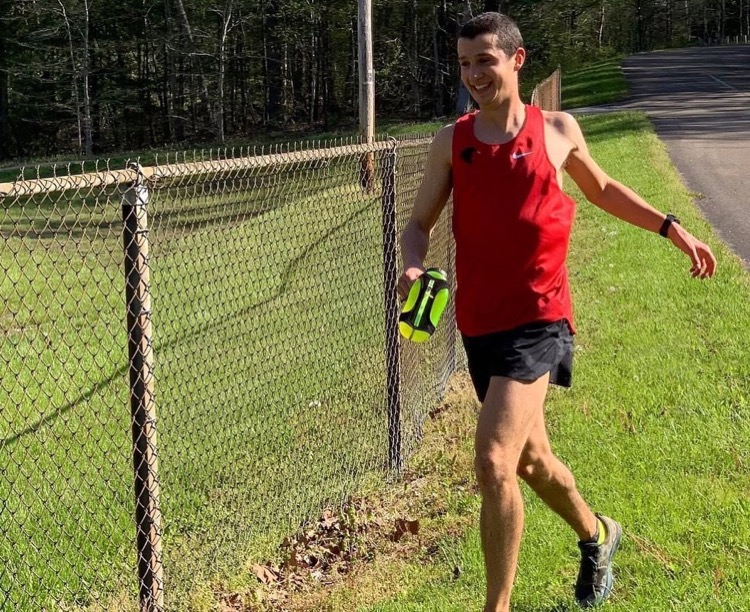 I began “the last down” (mile 35) and could see the big lake at the end of the trailhead. I exited the trail and was greeted by the kids on my team who took the opportunity to yell just about every phrase I’ve ever yelled at them for the last 1/4 mile to the finish. It wasn’t an official race and who knows when we will get to do one of those again, but it sure felt good to run like it was. I don’t know why we keep coming back to ultras, but I do know this: in the best of times and in the most uncertain times, going after a challenge like this will always be enough to get me out of bed each day.

I finished in 5 hours 44 minutes, setting the FKT by 47 minutes. The fundraiser raised money for over 5,000 meals through the Freestore Foodbank. Sometimes life is going great and it is hard to find the motivation to fit in a daily run, but during the pandemic, training for this FKT and raising money for the foodbank has been the outlet that has given me a purpose over the last couple months.

Congrats, Alex, awesome accomplishment. I just wanted to mention that the spectacular Shawnee 50 race takes place mostly on this beautiful loop in October and Michael Owen and the volunteers put on a really special event that is worth traveling for (when that’s possible again).

Thanks Ben! Michael was the one who introduced me to Shawnee and helped me plan the logistics for the event. I second that he does an amazing job organizing races and I hope to do the Shawnee 50 one day!

Way to go Alex! A great accomplishment for a great cause during tough times. We’re grateful to have you as a member of our ultracommunity. See you on the trail!

Thanks you Randy! I really appreciate that – so happy to be a part of the ultrarunning community 🙂