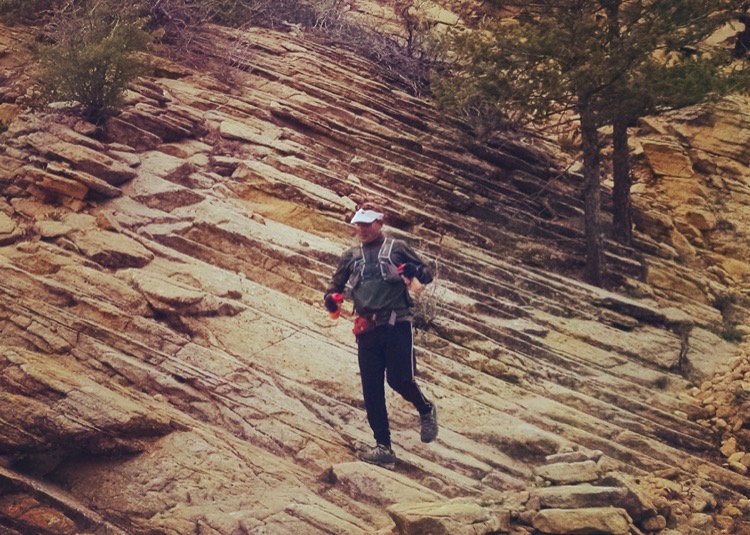 Pride Goes Before the Fall

As a trail runner I have always prided myself on keeping my balance, keeping injuries to a minimum, and not falling in ultra marathons—no matter how difficult the terrain. But, knowing how to fall (if indeed a “fall” is going to happen) is probably most important. For reasons I cannot fathom, my wife and daughters resisted my attempts to teach the proper “drop and roll” technique that I learned back in grade school football. To be perfectly honest, master trail runner that I am, I think I’ve got this running thing down pat. 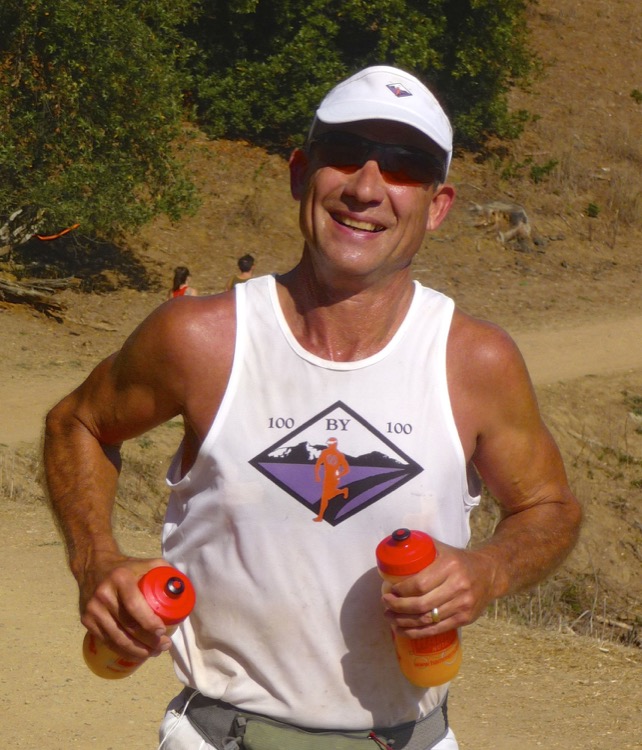 After all this, how did I end up hurting myself? By getting up from the kitchen table. Just one of the perks of being 58 years old. I couldn’t stand up straight, walk without looking like the hunchback of Notre Dame, and couldn’t even begin to think of stretching to touch my toes. Lying flat on the floor staring at the ceiling, I tried to stretch my unbelievably sore back. Any position I tried to be in for more than a couple minutes hurt badly. I have never had to deal with such debilitating pain.

I tried the most common remedies of ice and heat packs, ancient oils, massages, hot tub soaks and prayer. I finally gave in to medication and decided to go for a run regardless of how much pain I was in. Running helps all of my other problems, so why wouldn’t it help my back?

For the first few steps I experienced some sharp pains but quickly adapted my stride to keep it at bay. I was so slow that a young boy walking his miniature poodle blew past me. I knew that the whole affair could end in disaster at any moment, so I shuffled, scared as hell, down the trail.

About a mile later, I started to think about something other than my aching back. I thought of my dad, who was suffering from NPH (a brain disorder) and couldn’t do anything for himself. Now he was really struggling and has had to deal with back pain for years. I was ashamed to complain of a little back pain for three measly days.

A few minutes later I started to have a good time. Granted, I still felt plenty of discomfort, but no more than the usual “35 miles into a 50-miler” type of pain. Once I reached a gravel road five miles into the run, I started to feel confident. Then, WHAM!—I went down like a ton of bricks, face-first in the gravel. In an instant my “drop and roll” technique lost all credibility. 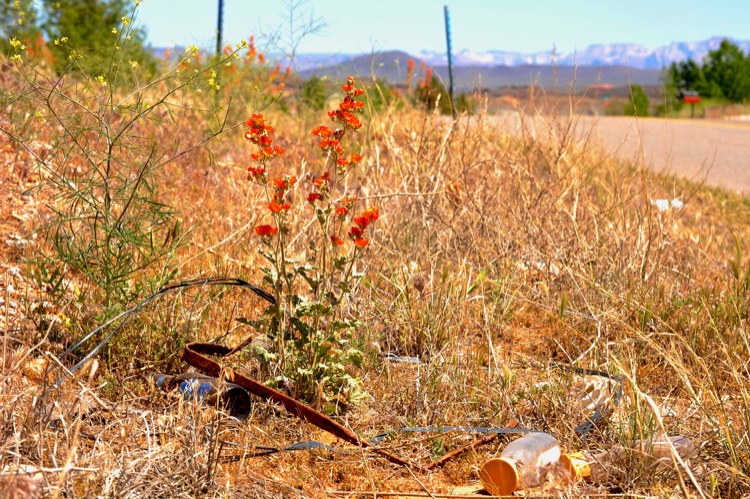 Site of the fall. Don’t be fooled by the pretty little flower—danger lurks. Photo: Norb Lyle

I lay there on the side of the road for several seconds and assessed the damages. I looked around and saw that I had tripped on a one-foot-wide coil of bailing wire. Mad as hell, I picked up the offending post-apocalyptic contraption and flung it as far as I could, swearing and spitting out dirt in the process. Embarrassed, I picked the pebbles, grit, and small shards of glass out of my arm. How could I have possibly fallen here, of all places? I kicked at a half-empty can of Monster energy drink lying nearby and managed to whiff it entirely. I stomped my foot and yelled in frustration. My mother’s words about temper tantrums echoing in my ears, I calmed down a bit, brushed off the dirt, swallowed my pride and started running again.

I soon realized that something was different. But what was it? A few steps later I realized that the pain in my back was nearly gone! Did that really happen? Is that what it takes to get rid of back pain—falling down? For me, I guess so, and maybe swallowing my pride. My confidence, pride and assurance suffered a severe blow, however good came out of it.

Another ultra lesson learned. Maybe a setback every now and then makes one humble and helps us appreciate the unique gift that every day has to offer.

At the end of a favorite trail in Wyoming. Photo: Lori Lyle