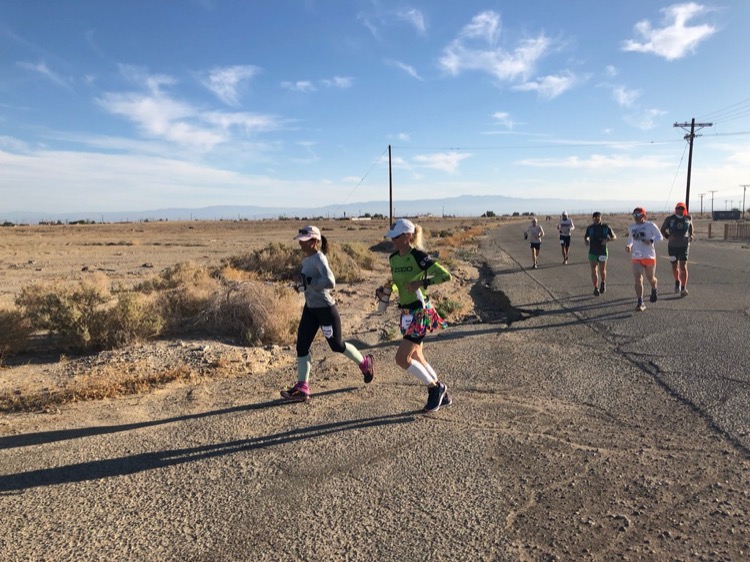 Pam Chapman Markle entered the world of ultramarathoning in 2011 at age 55. As a certified registered nurse anesthetist for over 35 years, she had been working with a physician who encouraged her to sign up for an ultra. The Texan, who ran daily to relieve stress, decided to run Rocky Raccoon in Huntsville. She had planned to sign up for the 50-miler but when she learned that it was full, she opted for the 100-mile race. During that first ultra, Pam suffered a stress fracture in her right tibia, hypothermia and an electrolyte imbalance, all before clocking a 28:45 finish. She was determined to run another. Her comeback came after running the Keys 100 in May of 2012, where she finished first in her age group in 25:31 and fell in love with the sport of ultrarunning.

For those who know Pam, it’s clear that she is a star both on and off the course—always smiling, positive and quick to offer inspiration and good cheer to others. A beautiful woman inside and out, Pam is all business as she tackles the miles during a race.

It wasn’t until she ran the Daytona 100 in 2016, that she realized she was starting to set records. She completed the 100-mile road race from Jacksonville Beach to Daytona Beach in 21:29, which was faster than the all-time USA age group record for 100 miles (although not on a certified course). Accomplishing a sub-22-hour finish (which is incredibly fast, regardless of her age) helped her realize that she had the potential to set national and maybe even world records. 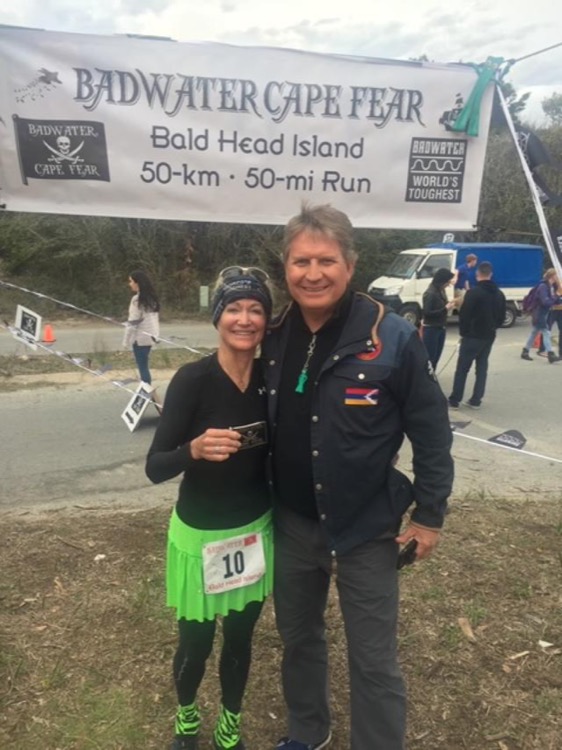 She currently holds three age group course records at the Badwater 135, including a female third-place finish, five age-group wins at the Keys 100, two age-group course records at Badwater Cape Fear 51.4-miler, four all-time USA age group records at the 100-mile distance, 12-hour, 24-hour and 48-hour races, the age-group course record for the Brazil 135, first female at the Kansas Rails to Trails 100 and first place in the 100k at the Houston Running Festival amongst other top finishes. In April 2019, Pam, along with her teammate Kerry Kanuga, finished first female team overall at Badwater Salton Sea, an 81-mile trek from Salton City (elevation 234 feet) to Palomar Mountain, a mountain ridge in northern San Diego County (elevation 6,140 feet). Pam and Kerry managed to set a course record in the 50+ age group, and out of 43 teams of two and three runners, Pam and Kerry finished seventh place overall.

Coming to the sport of competitive ultrarunning late in her life was unexpected but has taught her that there are no limits to what she can accomplish with determination, commitment and hard work. Her three grown children are supportive, proud and inspired by their mom, and her husband, Spencer, is her biggest fan.

Pam also set the USA 100k record at MadCity 100K, where she won USATF National Champion for her age group, first masters, first age group and third female overall. Next up, she intends to conquer the 100-mile world record and “doesn’t plan to stop until she accomplishes that goal.” She needs to run 20:47 or better to beat the current 100-mile world record for her age group. She won the USATF record in 20:58, and intends to go for the world record in October 2019. She also has her sights set on improving on her USA records in the 24- and 48-hour events, and chasing world records in those as well.

Pam notes that while her training schedule is constantly evolving, it involves running just about every day. Most of her weekly runs are around 90 minutes, with one long run during the weekend. Her total mileage per week ranges from 80-100 miles, in addition to cross training, which typically includes roller blading, swimming and biking.

Now 63 years old, she continues to get stronger and faster. The challenge for her is recovery. Pam ascribes to massages, red light therapy and a float tank which contains magnesium salts. She also gets eight hours of sleep each night and meditates daily. She is at her best when she has time to enjoy her husband, children and eight grandchildren. “Family is huge for me and a major part of my success. When my family is well, then I run happy,” she says. She is also always careful to compete only with herself, which takes the stress factor out of her races.

Pam is clear that the key to success is to “always run your own race, compete against your own potential, hydrate properly, fuel correctly and take the time you need to recover.” She also believes that it’s critical to understand and accept that the physical challenge of competing in this sport will be harder for women over 50 than for younger competitors. Still, she thinks it’s worth it. “Ultrarunning transports me to a place of silence and peace. I feel the presence of my body and spirit connecting with nature, and begin to listen to the rhythm of my breath in harmony with my pace. My feet connect with the earth and my flight begins. Ultrarunning purifies my soul.”

Absolutely lovely! I’ll be following Pam at Badwater this year!!

Pam is inspiring in so many ways. Love seeing her successes published.

I briefly met Pam at the airport in Jacksonville before the Daytona 100 and her energy is incredible!