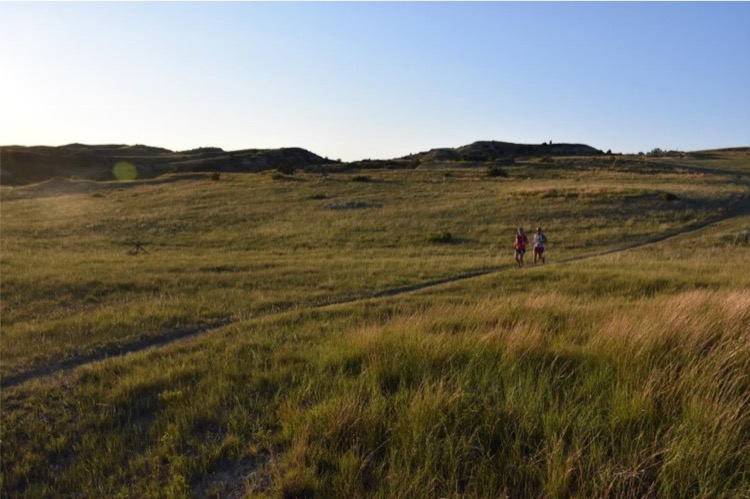 “Statistically speaking, half of you will not finish this race,” announced race director Nick Ybarra, standing on the tailgate of his pickup at the Maah Daah Hey (MDH) trailhead south of Watford City, North Dakota. Concern flashed across the faces of the 17 racers gathered at the start. We looked at one another—this did not seem to be the motivational speech we were expecting. He went on to explain that finishing would not be dictated by who had the best training plan, or the best nutrition, but instead, by who had the best answer to the question, “Why do you want to run 106.4 freakin’ miles?” 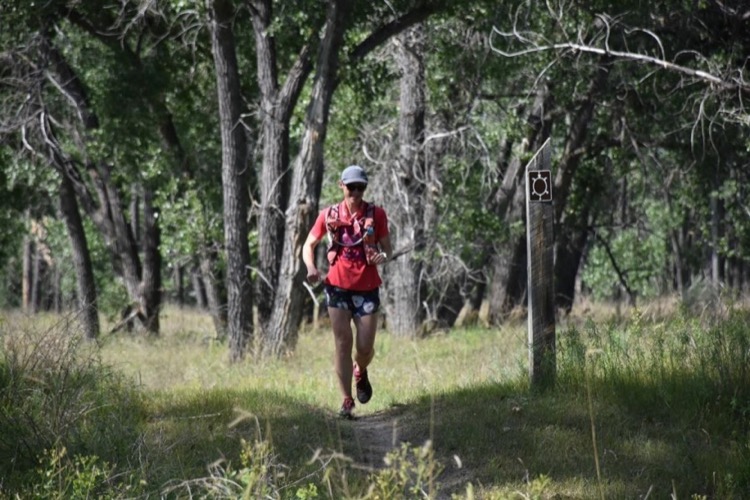 The Maah Daah Hey Trail consists of 144 miles of single track that weaves through the badlands of western North Dakota. Its name comes from the Mandan language and can be translated as “an area that has been or will be around for a long time,” “long lasting,” or simply, “grandfather.” However, one should not imagine a gentle grandfather, always ready with a Werther’s candy in the pocket of his flannel jacket. Rather, the trail is more akin to a grandfather who might let you attempt to ride a green broke horse, knowing that even though there’s a good chance you won’t be successful, there’s a decent chance it’ll toughen you up.

On paper, MDH might not appear overly challenging. It isn’t rocky or mountainous, the elevation doesn’t exceed 3,000 feet above sea level and none of the climbs are more than 500 feet. Though the run is held in late July, the maximum temperature isn’t likely to be much higher than the mid 80s. However, there is good reason for the historical 50% finishing rate. What they lack in extremes, the MDH Trail Runs make up for with relentlessness. 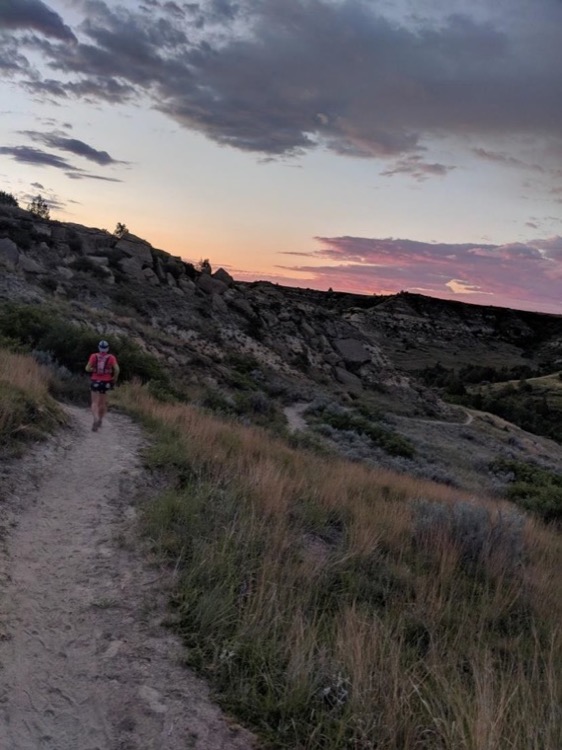 Lisa Holding Eagle is greeted by the sunrise as she closes in on the final miles of the race. Photo: Chelsea Dana

The 100-mile event (actually, over 106 miles) repeatedly requires climbing from the bottom of the Little Missouri River drainage to the top of plateaus, with the undulating grasslands providing only a modicum of respite, for a total of some 12,000 feet of climbing. The dirt track is at times wide and gentle, but more often consists of gravel, soft silt and deep cuts through the prairie. The trail is just a smidge narrower than typical human footfalls and consists of hard-packed clay pocked by cattle tracks, and is as hard and uneven as ancient cobblestone. The sagebrush and few scrubby clusters of trees that line the course do little to block the heat of the sun. While low humidity can seem like a blessing, it is frequently so low that it gives the sensation of dehydrating a person from the inside out. Runners will often find themselves not drenched in sweat, but instead, covered in salt. On top of these physical challenges, it is easy to be overcome with profound loneliness, as miles stretch on with little to break the solitude beyond herds of grazing cattle, a screeching hawk, coyotes yipping in the dark, or a rattlesnake skin shed and left behind on the trail.

In this year’s MDH Trail Run 100, 10 brave souls found the grit to make it to the finish line, besting the historical finishing rate and the race director’s ominous prediction by almost 9%. Two competitors, Tim Gore of Colorado Springs, Colorado, and Bobby Keogh, of Tijeras, New Mexico, executed strong races in 2020 and redeemed their 2019 DNFs. Kadon Hintz of Bismarck, North Dakota, took over four and a half hours off the overall course record, bringing it down to 20:02, and Lisa Holding Eagle of Dickinson, North Dakota, lowered the women’s record to 23:34.