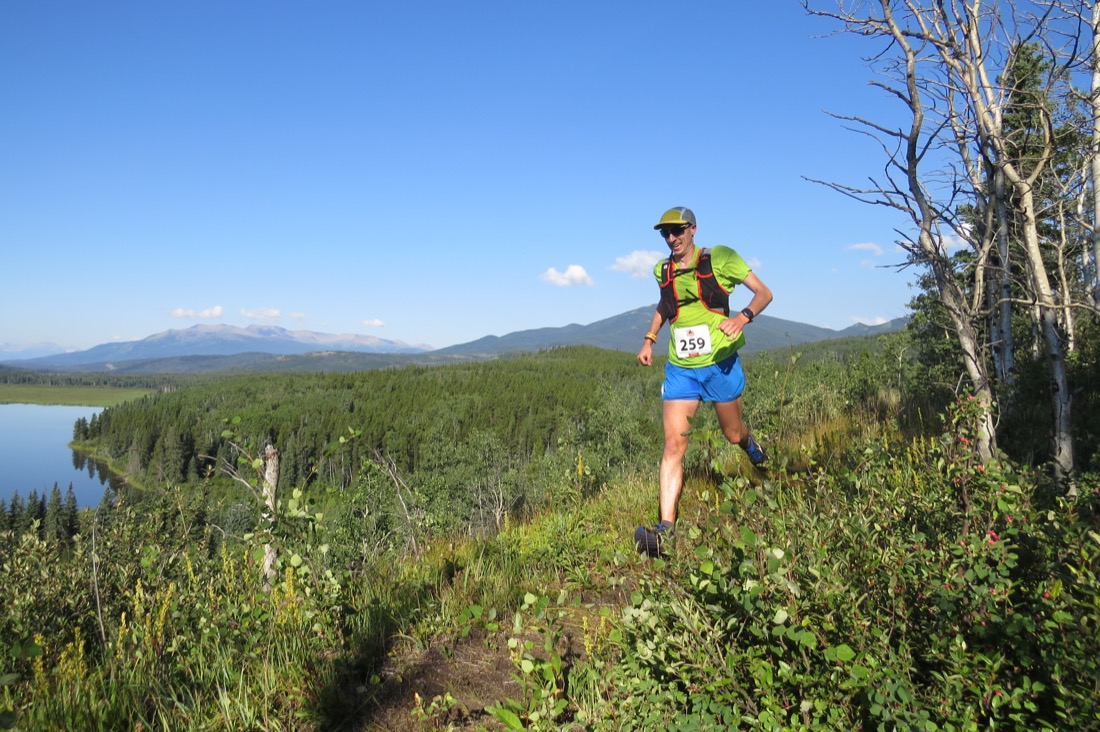 As with many ultrarunner origin stories, Brandon Miller’s running career started as a cross country speed demon in his home town of Barrie, Ontario. After high school, as he began a demanding college course load in Mechanical Engineering at Queens University in Ontario, priorities shifted and running took a far second to his studies. In hindsight, Brandon would love a redo on those precious college years to squeeze in some miles.

Miles missed, Brandon’s path lead him to Grand Prairie, Alberta, where any given day you can find him working 40-60 hours a week as a Cathodic Protection Engineer with the pipeline system of Western Canada.  Despite Brandon’s often exhausting work hours, he’s made sure to share the week cultivating his long-neglected running. And it’s paid off. Every local race Brandon has towed the line, from 5k to half-marathon, he’s won. Always up for a challenge, and only a half-marathon under his belt, Brandon set his sights on the 2017 Canadian Death Race in Grand Cache, Alberta.

Touted as a five-leg “adventure race” where solo runners, marathoners and relay teams alike compete, the 125k Canadian Death Race is not for the faint of heart. Its start and finish is bookended on a 4,200 ft. plateau with 17,000 feet of elevation changes, three grueling mountain summits, a potpourri of yummy ultra terrain and the Grim Reaper himself in between. Brandon dedicated a year of training for this feat, ramping up his weekly mileage to 100 during his peak week. He spent hours travelling to and training on the actual Death Race trail, where setting footprints on real course conditions would end up proving invaluable. 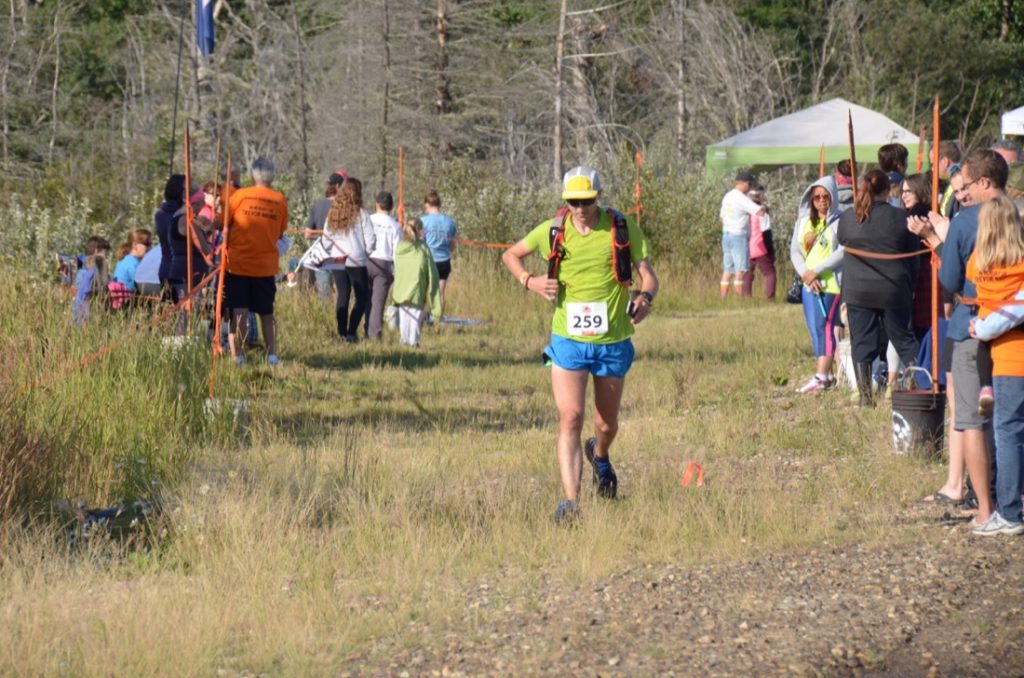 With a skeleton crew consisting of his parents and a buddy on a bike, Brandon started his race with a coin in his pocket in a sea of solo runners and relay teams on their trek with the Canadian Rockies as the ultimate backdrop. More to come on that coin…

Because Brandon wasn’t even sure he could finish the 125k distance, he held back in those early first miles during Leg 1, a stretch of running in the town of Grand Cache, rolling hills and ATV trails. As he approached his first mountain summit, he found himself 5th overall.

“Oh, shoot,” is how Brandon described his time on Leg 2. The Canadian Death Race has labeled this part of the course “the slugfest,” and rightly so with a second mountain summit and long bouts of leg-pounding steep and rocky technical trail.  And by Leg 4, Brandon’s legs had felt something they’d never felt before — They were cramping and locking up. At this point in the race, every step Brandon took was further than he had ever run. He figured this is just how an ultrarunner was supposed to feel so he didn’t allow it get him down as he struggled to get to the top of Mt. Hamel.

Leg 5’s claim to fame is the Smoky River crossing where the Grim Reaper could make or break a runner’s race.  At the start, each runner is entrusted with a coin they must carry virtually the entire race. It could be considered ceremonial and a little kitschy, but it’s no joke. If a runner loses their coin on the course, or is not able to present their coin to the ferryman for safe passage across the river, they automatically DNF. 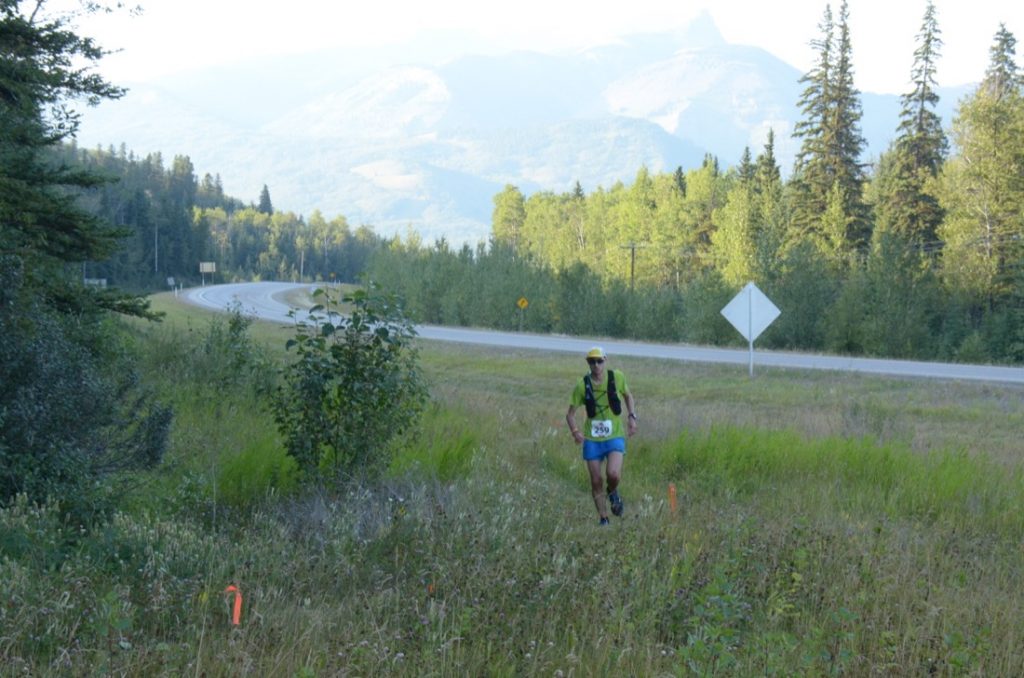 Three pairs of shoes, covered in dirt, and a little worse for the wear, Brandon finished with a time of 14:26:25, in second place. The day after the race as Brandon stiff-leggedly walked in for the awards and podium; he was informed that he was in fact not second, but the official winner of the Canadian Death Race due to the leader missing a mandatory checkpoint on the course.

The next logical distance on Brandon’s radar is a 100 miler. As he builds up his running resume with a possible run at the Toronto Marathon in October, and a tough hundred at Sinister 7 in Alberta’s Rocky Mountains in June, he plans to build up a lottery ticket count for the big dance of Western States. He’s certainly flirted with the idea of a golden ticket race to test his legs with some of the best ultrarunners in the United States.

What’s so eventful about Brandon’s first ultra is that it was flawlessly uneventful. He came, knowing the course in and out ahead of time, he saw, putting the various pieces of his training puzzle together on race day, and he conquered, running the best first ultra he could have ever imagined. 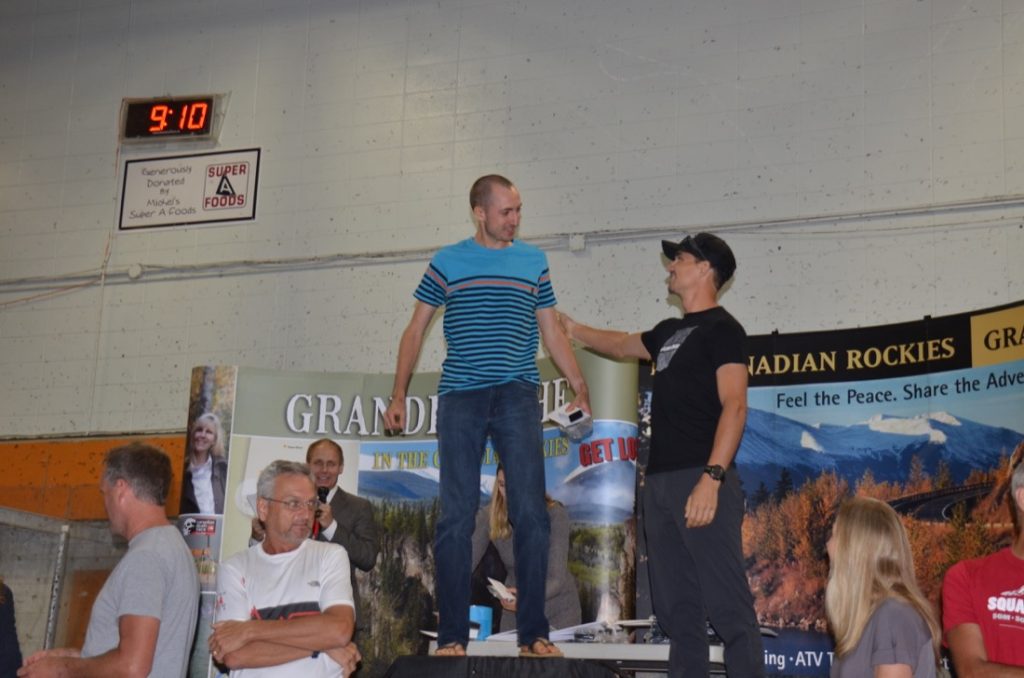 Jen lives by the mantra, “Write. Run. Beer. Repeat.” Surrounded by elite ultrarunners in her home town of Bend, OR, she’s found a comfortable spot in the back of the pack. When Jen isn’t on the trails crushing 11:30/min. miles, she’s at her desk, in her head, creating feature narratives for the indie film screen. To date, she’s optioned two of her projects, one titled, “Ultra” and is currently working on a wilderness revenge thriller. You can connect with Jen on Twitter, @jenhering.