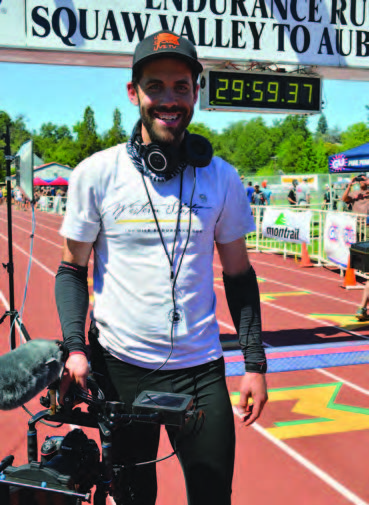 Live coverage of major ultramarathons has evolved and grown substantially in the past 15 years, and this year Western States 100 brought the most comprehensive and reliable coverage yet of a North American ultramarathon.

It was back in 2000 under the vision of new RD Greg Soderlund that the internet and its capabilities became a big factor in the sport, with Western States developing a dedicated website in 1999. In 2000 Western Sates unveiled a “where’s my runner” feature with “real time” runner updates provided for the first time. The system functioned via checkpoint updates conveyed via HAM radio to a laptop operator using a runner database that was “refreshed” every 15 minutes for webcast updates at wser.com. This system was a huge advance, but it was not 100% reliable and could not handle peak volumes.

In 2006 ultrarunner and tech guru Ted Knudsen ran Western States but his family had difficulty tracking him on the webcast. That experience created a challenge and an opportunity in Knudsen’s eyes, and he set about developing ultralive.net, a solid state real-time race tracking system. Ultralive.net was first implemented at the 2009 Western States, and has been at the event ever since. This year ultralive.net had over 1.5 million page views at Western, and also provided runner tracking posts to Facebook, which had 50,000 active users. Of note, 65% of the traffic was via mobile device, so huddling over a computer for 30 hours is no longer required…

Ultralive.net is now at 30 ultramarathons per year, and Knudsen and his team provide it for free. Knudsen feels that running an ultra is difficult enough, and that your friends and family should be able to track your progress wherever they are in the world during your event.

In addition to ultralive.net, there is now also richer media coverage of ultramarathons via iRunFar, the ubiquitous website dedicated to ultramarathons that was founded by ultrarunner, author and ultra-entrepreneur Bryon Powell several years ago. The IRF website provides extensive coverage and analysis of everything ultrarunning-related, especially the sport’s biggest events and the race at the front. Their live coverage of the big races, provided on-site by Bryon, his talented partner Meghan Hicks and their team of ultra experts, is comprehensive and compelling. Following ultras via their twitter feeds for direct updates, insightful color commentary, photos and short videos is arguably more enjoyable and entertaining than watching other major sport’s biggest events. Their preand post-race interviews of elite ultrarunners, a fascinating community of strong individuals, brings the sport to all participants and fans in a great way. Watch out ESPN!

Which brings us to UltraSportsLive.TV (“USL”), a company that is only a year old. Co-founded by ultrarunners and digital media entreprenuers Andy Sulak and Mike Cloward, Ultra- SportsLive.TV has harnessed proprietary video streaming technologies and built a team of ultrarunners to bring live and archived footage of ultramarathons to the laptops and mobile devices of ultrarunners and their supporters all over the world. USL’s slogan – “every finish is amazing” – emphasizes the everyone-is-in-thistogether culture of the ultrarunning community. USL provides race course video previews along with live coverage of the races – the start, every finisher, and a lot of content and coverage in between. Their “sizzle reel” from Western States 100 condenses 30 hours of action into four minutes of ultra thrills.

Recently USL added color commentary to their video content with veteran ultrarunners Bree Lambert and Victor Ballesteros behind the microphone at Western States, where viewers from 22 countries tuned in. Look for new technologies and even more robust coverage from USL in coming months.

Improved coverage of our sport is a wonderful thing, but it’s a bit ironic, to this luddite anyway, that cutting-edge technologies and innovations are fueling the growth of such an essentially basic sport as humans running long distances.