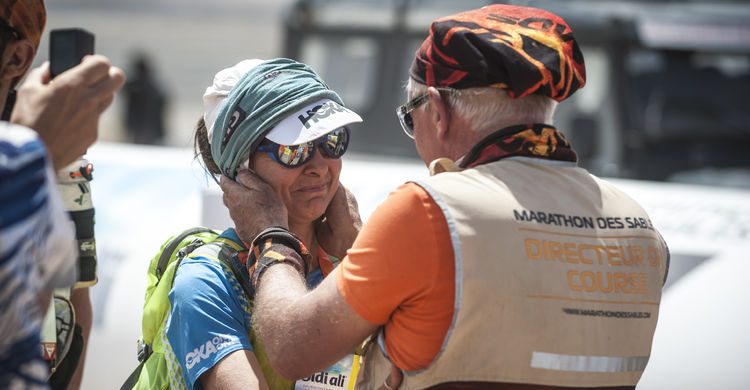 This is the last text from the Sahara, my friends, after three days of cruel intensity. Magdalena Boulet won the race easy. She still looks amazing. Most of us survived it, struggling. There were only 43 DNFs total though, far fewer than in past warmer years. MDS is here to stay and if you want to test yourself, you should seriously consider it. I’ll see you out there again. Probably. Yes. 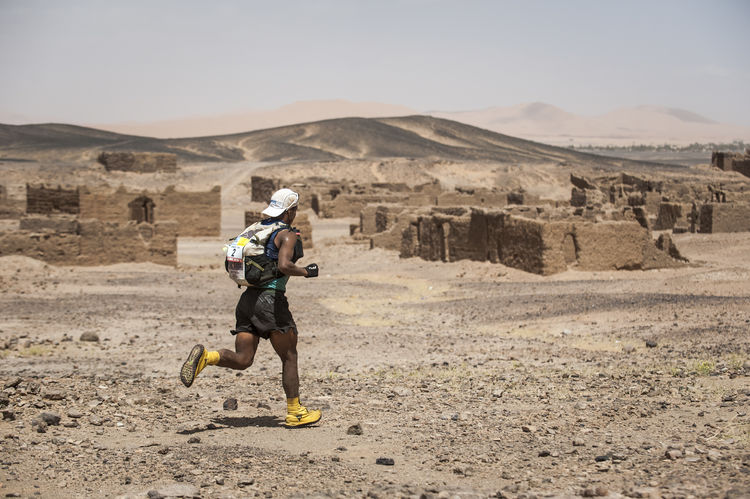 The long stage was anything but a walk on the beach.

It took me a strong 30 hours to digest it properly when the leaders took roughly 8 hours. Christopher Moroch, my teammate, did great as he recovered particularly well from the stage where he chose to get an IV – which gave him a 2 hour penalty but undoubtedly saved his race. As I thought he would, he nailed the following course, running with the firm intention of not slowing down. “I am used to 50-milers at home so I somehow knew what to do and how to deal with the distance of that long stage,” he told me afterward. He was confident for the marathon stage to come, the last stage of this 33rd Marathon Des Sables. This guy has guts. He’ll do great at Badwater this coming July, I’m sure.

Magdalena Boulet, the desert queen, continued to race her pace – running with the top 10-15 men, and all along the 86 km. She destroyed the competition. D e s t r o y e d. Her most serious adversary, Natalia Sedykh, from Russia, slowly cracked under pressure. Obviously the loss of Natalia’s whistle – which gave her an hour penalty early in the race when she was leading – had a tremendous impact. It’s sad, but also fair since the rules apply to every one of us. 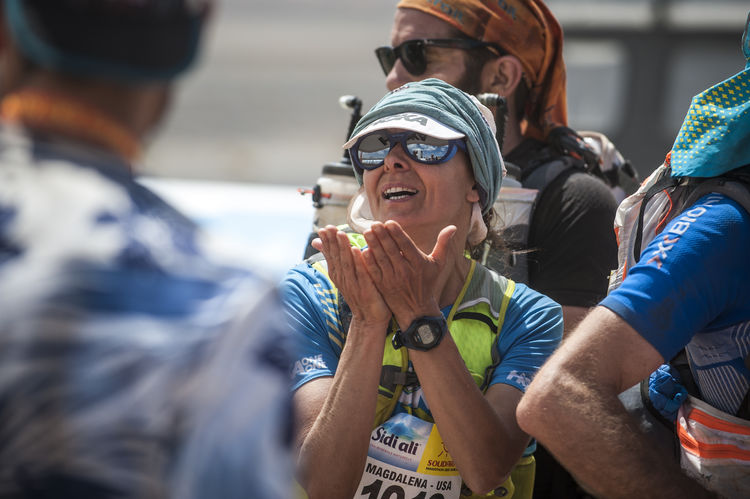 On the morning of the long stage, a yellow scorpion was found sleeping under the carpet of the Japanese tent in front of us. Fortunately the little guy – I named it Rodolphe – was half asleep when they found him and didn’t get a chance to do some foot or hand damage. Later in the day, my Swedish friend Fredrik laid his hand on a big rock while climbing one of those Djebel, a small Moroccan mountain, that we meet so often. He caught the action from the corner of his right eye: “A big black scorpion was laying there, sunbathing probably, and as soon as I put my hand down, he went back under the rocks, home probably,” he told me laughing. Scorpions are rarely deadly but you never know how bad you’re going to react to a sting.

One of the past years I was here, a female runner had laid her sleeping bag down early in the evening before going to dinner with her tent mates. A mistake, but fortunately not fatal. When she crawled into her sleeping bag it was inhabited. The warm scorpion stung her knee. She overreacted, her knee swelling dangerously, and had to be rushed to the nearest hospital by helicopter that same night. Nothing like that happened this year. But last night, before this marathon stage, I caught a conversation between three “commissaire bivouac,” the guys from race management who are responsible for the camp. They admitted to have setting up the camp in a snake-rich area. “The participants should be fine because we’ve cleared the field all afternoon before setting up the bergère tents, but we, the volunteers and race management team, should still be very careful to properly look where we stand and walk as we keep finding snakes all over that place!” I have seen just one snake during MDS before. It was laying still in the middle of our trail in the dunes. The race had probably caught him by surprise and he was definitely in shock, poor thing. But this year, the 33rd edition, the only people to see snakes were members of the race management team. 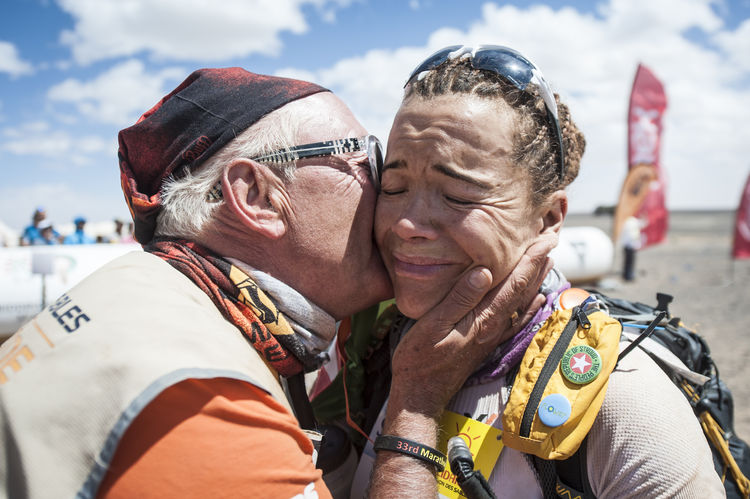 So why do we come here again?

It’s amazing every year how many runners who have done the race before end up coming back for more. Most first timers don’t understand that. They often can’t process it at all. Most of us don’t come back for a better ranking/time. We come back for the pain. We come back for the challenge and the pounding, the survival. We also come back for the camaraderie, Patrick Bauer and his faithful core team of volunteers, the silence, the natural beauty of the Sahara and of course, the loneliness. But the pain first.

PS: Chris, dude, I know you’ll read this. I specifically wanted to tell you: because of the IV – and your decision to continue to race the hardest – I saw you as a symbol. You incarnated the spirit of ultrarunning that we all love so much. It’s what, sometimes, makes us stand out from other sports’ athletes: the drive and the inner resources to pursue the “mission” no matter how messy it becomes. You did great out there, bud.