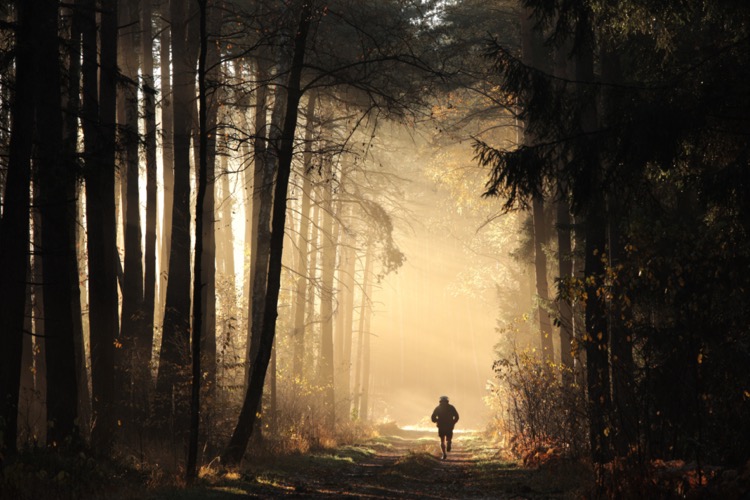 Main Tenets of the Ultra Mindset

This article was originally published in the March 2022 issue of UltraRunning Magazine. Subscribe today for similar features on ultra training, racing and more.

I’m fortunate to have had many international travel and racing opportunities over the years. Almost without fail, the European media has had a ubiquitous interest in what they always refer to as “the trainings.” While I find the slight malapropism endearing, this general line of inquiry has always been a bit grating. Mostly because it highlights some personal angst – I am a professional ultrarunner, yet as long as I’ve been running and racing ultras, I’ve always favored avoiding extensive planning and structure in my physical preparation for these events.

To be sure, before I came to ultrarunning, that was not the case. In fact, just the opposite. For my first decade as a runner — 1995 to about 2005, ages 12 to 22 — I read absolutely everything I could about the sport. The history, race results and yes, even forays into exercise science and various training philosophies and methods. I was obsessed. I remember clearly trying to understand the Krebs Cycle as a 12-year-old. Instead of doodling during class in middle and high school, I would plan out my weekly training schedule in the margin of my notes. Arthur Lydiard was a personal hero, and in 1998 I was fortunate enough to have him autograph my hardcover copy of his seminal Running to the Top. I actually read Timothy Noakes’ Lore of Running cover to cover. Twice. (This book was my first exposure to the concept of ultrarunning, incidentally.) This appetite for the technical and cultural aspects of the sport led me to running my first marathon in 1996, a few weeks before my 13th birthday, and founding the cross-country program at my rural Nebraska high school.

However, by the time I reached my senior year of college in Colorado Springs, the bloom was wearing off. Years of twice-weekly interval workouts combined with two seasons a year of weekly races had left me burned out. I had put so much time and energy and effort into the sport, but my competitive results were still roundly lackluster at best, embarrassing at worst.

Nevertheless, I loved it. Especially the mountain runs and the long runs. After my last season of track in 2005, I swore off intervals and vowed to pursue the things in running that felt like they built me up instead of tearing me down. In the place of regimented workouts, I simply ran hard whenever my body felt like it. This was usually at the end of a longer run when I’d had plenty of time to wind up the pace, find a flow state, and really press the gas for the last few miles home. If I was tired, I ran easy. If I felt good, I ran hard.

Somewhat paradoxically, this is when I finally came into my own as a runner. Sure, shifting my focus to an entirely different discipline—mountain ultramarathons—had a lot to do with it. But I don’t think I ever would’ve had the confidence to do so if I hadn’t abandoned more structured forms of intensity and committed to a less regimented, more intuitive approach to my running. By emphasizing an enjoyment of the day-to-day process, I was able to achieve success that I had begun to believe would never be possible.

It is my contention that the vast majority of ultrarunners pursue the sport for much more varied and interesting reasons than simply trying to optimize their physical performance. Ergo, any “training” in a rigorously structured and intentional sense is probably not applicable. Instead, I believe most ultrarunners will improve and grow in their race performance and in their relationship to running via paying attention to the mindset and attitude they bring to the pursuit.

What is this mindset? I think it can be boiled down to two main tenets:

1. Comfort with discomfort. An ability to maintain a kind of equanimity during dynamic and maybe even stressful situations. A mental space that emphasizes openness and adaptability over compulsion and neurosis. This is the almighty equalizer in ultrarunning because it is completely independent of inherent running talent or genetics.

2. Using running as a vehicle for trafficking in the squishier aspects of life, not only as an arena for cold calculated performance. You know, the squishy things—meaning, purpose, connection, mental health and a commitment to a healthy practice. The good work. I believe these are the things people are talking about when they talk about running’s ability to make them “a better person.”

The first tenet explains why not every 2:12 marathoner is capable of running 14 hours at Western States. (But a couple are.) I believe it’s why I, as a 2:42 marathoner, was ever able to compete with runners in ultras whose marathon PRs were 20 or 25 minutes faster than mine. The second tenet is, in my opinion, fundamental to making running a sustainable practice over decades rather than just a handful of peak race seasons.

So, what am I really advising? Running. Just get out there and do it. Doesn’t even have to be that much. Just do it regularly, consistently, in all conditions. Commit to the practice. It doesn’t even always have to be running, just some kind of movement where you are a fully aware and engaged inhabitant of your body. Preferably outdoors so you can get some fresh air and get out in the weather. Truly listen to your body, not your ego. That continues to be a constant battle for me, but, like anything, practice makes perfect.

On days that you’re feeling good (because they do and will happen), run hard. Hopefully that’s once or twice a week. Might not be, though. Life rarely adheres to a seven or 10-day training week. Pick it up to the top of the hill, or the end of the road. Get familiar and intimate with that feeling of strain and discomfort.

When you have extra time, run farther. Recognize that you actually can keep going even when it doesn’t feel possible. Even when it’s really unpleasant. There’s value in exploring those boundaries.

Of course, I am speaking in generalities. My partner, Hailey, finds my “training” advice frustrating because she credits my two-and-a-half decades of mileage base and experience for allowing me to get away with things that less experienced or less talented runners might not be able to pull off. Of course, she’s not wrong. But I don’t think there are any shortcuts to self-knowledge, and I think that having that concept as a goal will only enhance both the nature of one’s running experience and the level of one’s running performance.

If you’re reading about how to get faster in UltraRunning Magazine, I submit that this—a practice centered around intuition and trying hard when the spirit moves you–is the most complicated training plan you’ll need. If you want a more complicated one, that’s totally 100% good, too. Just try to remember that the basics need to be solid first. And they really are basic.

Anton Krupicka ran his first marathon in 1996 and first ultramarathon in 2006. In addition to running, he is a fervid climber, cyclotourist and backcountry skier living in Boulder, CO.