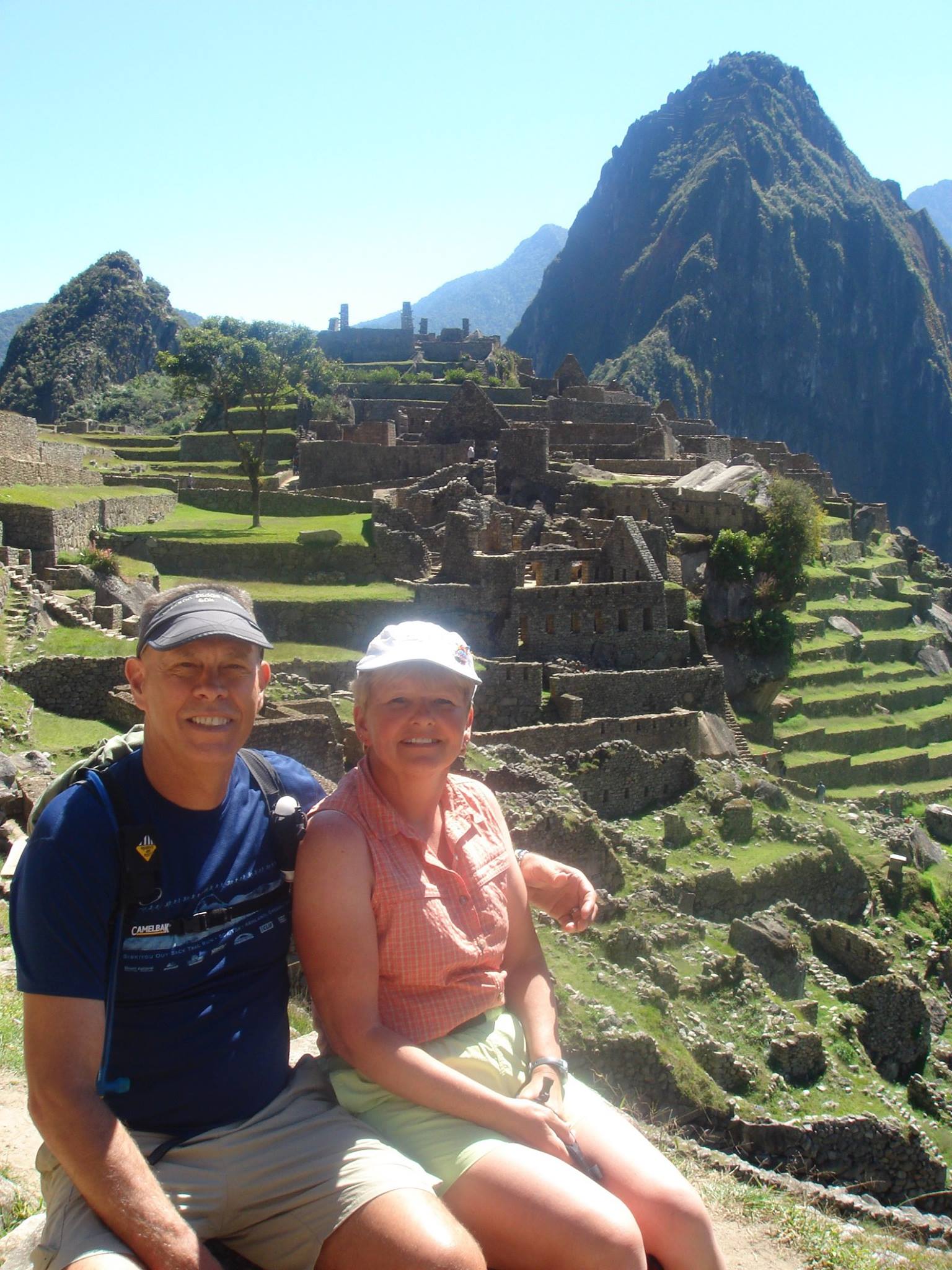 Married for 46 years, Dan and Kathy Harshburger knew that if they didn’t take the opportunity to visit Patagonia now, there was a good possibility they would never get the chance again.  With 14 days of mountain running through Torres del Paine, Los Glaciares, and Tierra del Fuego National Parks across Southern Chile and Argentina, they had their work cut out for them.

10 years ago, Dan and Kathy completed the Inca Trail to Macchu Picchu Marathon in Peru.  This trip to Patagonia was another “bucket list” adventure. Over the first four days of running, they gained 20,000 feet in elevation.  It also happened to be the first time in 21 years that it’s snowed on the highest point, Windy Pass.  Fortunately, this didn’t cancel any part of their adventure, but it did however, make for muddy, windy and cold conditions – nothing Dan and Kathy couldn’t handle. They are ultrarunners.

Dan has completed 196 ultra marathons, and Kathy has finished 120 over 32 years of running.  Ultras have taken them all over the U.S., and more recently, to different parts of the world.  As a young married couple, they raised two boys and began running ultra marathons in the 1980’s when no one knew any foot race beyond a marathon even existed.  A high school friend of their son once asked to borrow a few of their Ultrarunning Magazines to prove to a health teacher (and gain extra credit) that the human body can continue to exercise for periods longer than 12 hours straight.

Dan and Kathy made running part of their life early on.  They supported one another by crewing and pacing each other, while also being one of the only sets of parents to support their son’s cross country team in high school. Where ever they are, they find ways to immerse themselves in the running community. Whether it’s volunteering at a race or organizing a winter hot chocolate run, Dan and Kathy give their time and energy to make a community better than they found it.

As they made their ascent up to the summit of Windy Pass, Kathy’s back began to tighten up from being crouched down close to the ground. She felt the need to stand, and just as her body straightened, the high winds picked her up off her feet and Dan turned to see her being lifted up.  His instinct to reach out and grab her, saving her life, was probably one of the most scary moments of their marriage.  But they wouldn’t trade their trip, or each other, for the world.