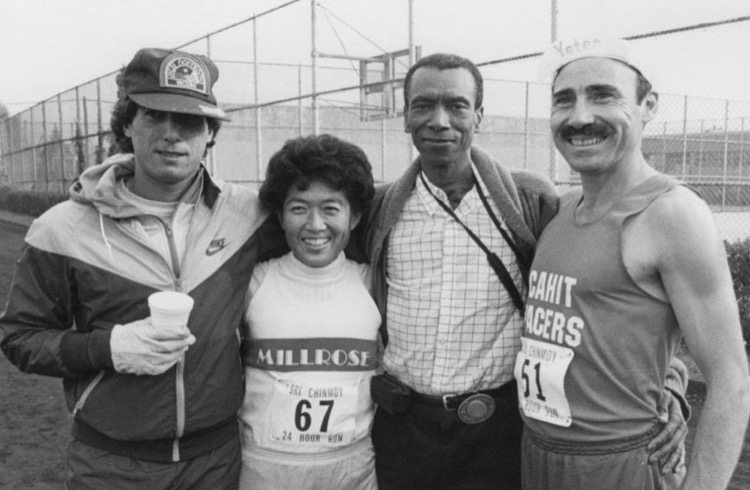 Everyone on the playground knew the rules – if no one saw you do it, it didn’t count.

If you wanted to be the fastest kid on the block, you had to do it in front of people. You needed witnesses. Then there were always chumps who pretended not to see and inevitably, camps would break out. There were those that had your back and those that didn’t.

The IAU, the International Association of Ultrarunners, is tasked with the function of being the non-biased eyes of the sport – keeping the record straight. On September 19, however, they made a drastic change. They approved “the new version of the IAU World Records (IAU WR) Guidelines.” The breakdown is this: 1000k, 1000-mile and 6-Day races will no longer be recognized.

Effective January 1, 2022, if your idea of running exceeds 48 hours, the IAU is no longer looking – because you don’t belong on the schoolyard.

October 5, the news hit social media like a bowling ball. It slammed its way across the multi-day running community, pummeling its veterans in email threads and forums. Desperate posts popped up from those who were confused, in disbelief and in shock.

“I am speechless,” said Rob Apple, veteran of 762 ultramarathons. “It makes no sense,” said a baffled Camille Heron. “I told them they just cut out my goals for the next decade.” Some took a more cynical approach. “There’s some (public/secret) alliances/enemies here: national and regional,” said Jesse Riley, former Trans-Am race director. He scoffed at the move. “You could decertify Marco Polo walking to China, too.”

Ultra veteran Trishul Cherns took a different tack. He sought to make lemons into lemonade. He logged onto Facebook and let out a rallying cry, “Who is behind me to create the World Multi-Day Organization!”

Questions in the new group flew fast, some joking, some brow-wrinkled with concern. “So, if I run a 50k over multiple days, I’m a multi-day ultramarathon runner?” “Are the 10-day races going to get recognized?” “Should we have ‘running’ in the title?” Rick McNulty, race director of 3 Days at the Fair asked, “Would the shortest event be the 72-hour or 6-day?” 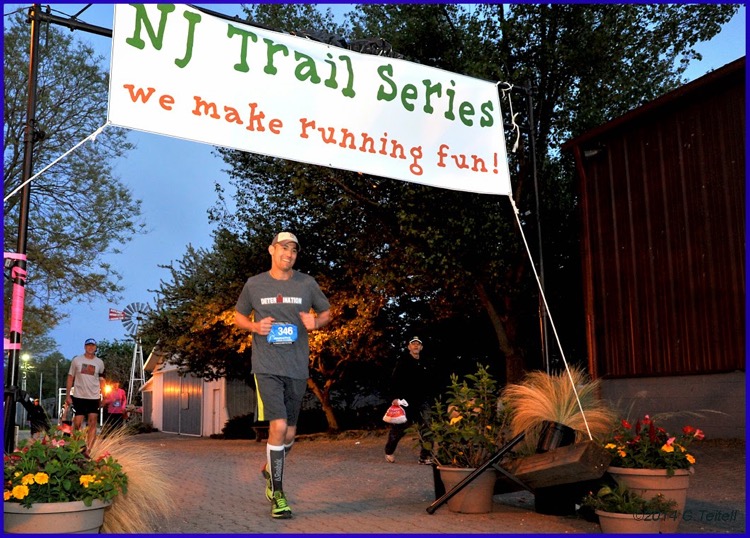 It wasn’t going to be easy. Trying to get the right wording, Cherns would later change the group name to World Multi-Day Ultrarunning Federation. As of Thursday, October 7, there were only 230 members of the Facebook page, and an administrator had paused the group. Then, the name was changed to GOMU: Global Organization of Multi-Day Ultramarathoners. Its future is uncertain.

There has been no comment by the IAU as to why the decision was made, who put it forward. Or any hint as to the timing. The only peep has been from Andy Carr, former 6-day committee member:

“The US will continue to have these races/events and keep records for them. The IAU is its own entity that does not answer to anyone EXCEPT those record distances recognized by World Athletics (100k & now 50k). Otherwise IAU is on its own.”

On the playground, credibility is paramount. And the IAU just dissed the oldest kid on the block. 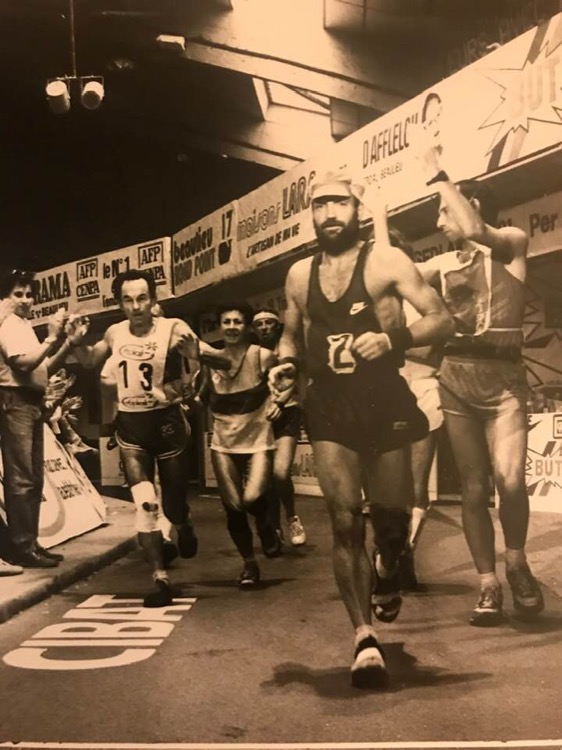 Multi-days have always been ahead of their time; before there was the beloved 26.2 marathon and Boston, famous figures like Edward Payson Weston and Daniel O’Leary were dueling in 6-day endurance feats. Immensely popular, the 1877 rematch of Weston and O’Leary drew 70,000 spectators – drinking – yelling – and betting on the winner. Bertha Von Berg won the first women’s 6-day race with 372 miles in 1879 a century before they “allowed” women into the modern marathon.

Unlike ultras today, these runs were lucrative. Weston, O’Leary, Rowell, and other “pedestrians” made up to $10,000 – equivalent to over $250,000 smackers in today’s coin. In fact, some of the biggest payouts in ultra history have been from multi-days. The Sydney to Melbourne multi-day, held in the ‘80s, would line the pockets of its winners with up to $60,000 for first place.

For the majority of those that run, however, and those that put on multi-days, it’s a labor of love. Since the rise in popularity of trail ultras in the ‘90s, these long races have been in a death spiral. Only a handful remain. Like FKT-hunting trail runners, those into multi-days are a part of a lunatic fringe, never going mainstream, make no money at it, get little recognition and sometimes are even the objects of scorn. Called everything from oddballs to sleepwalkers, when a runner gets “the leans,” forums will light up with jabs. Most have no idea of the effort – or the care provided by the people supporting them – or the massive amounts of time race directors put into keeping these events alive.

“Multi-day race directors already feel neglected and unwanted,” says Andy Milroy, the author and sage of ultrarunning knowledge. He sees the IAU’s changes as a step backwards. “The sport will split and the IAU will be diminished. Focused on a narrowing area of distance running.” He’s followed the sport for decades and seen it dropped and passed down from the IAFF to the British Road Runners to the IAU.

Rick McNulty, like a lot of race directors, is more stoic about the situation. “We cater to the 99.5% that don’t care or even know what the IAU is.” He will hold his races regardless. No organization is going to tell him how to run his race, which, in a befuddling twist, is still being promoted on IAU’s home page. Laz Lake was equally unmoved. “The 1,000-mile and 1000k are hardly ever competed, so I don’t see where that has any effect.” Likewise, Lake has no need for any outside body to create standards or keep track of his events. His races are too original — outliers and mavericks of the traditional multi-day runs.

Still, Lake is a long-time student of the sport and wonders as much about the additions announced as the deletions. “Adding 50 miles as a record would have meant something a long time ago when it was heavily competed,” he says. “A lot less meaningful now when hardly any exist and having 50k records makes no sense. It is for all intents and purposes marathon B.”

But runners and race directors are two species of the greater multi-day family. The latter has no use for records, and the former tend to live by them. They have little to show for their crazy miles – the days and weeks spent pounding unforgiving concrete. But they never forget the experience, the stories or the records. It’s their legacy. 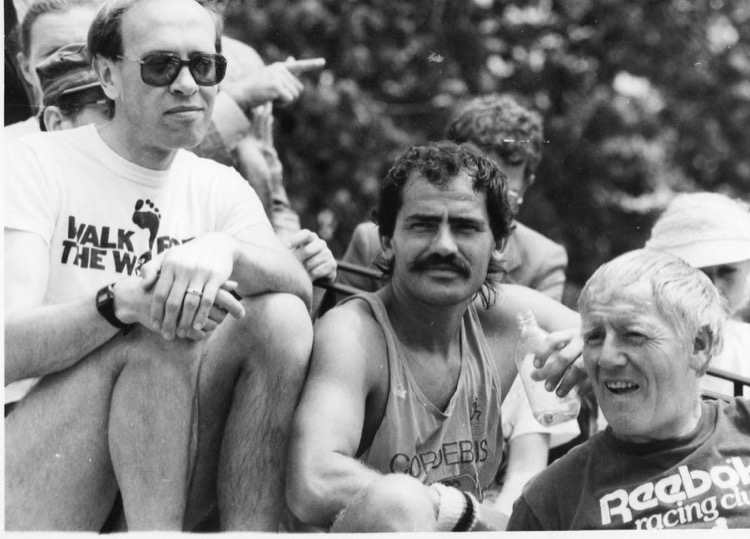 You know the names – or should: Yiannis Kouros, Stu Mittleman, Dipali Cunnigham, Sandy Barwick, Eleanor Robinson and Joe Fejes. They are the all-stars. What will happen to their records? What about future records, attempts and controversies?

The truth is nobody knows. Maybe nothing.

“I don’t think the decision to drop the 6-day records will have any effect,” says Lake. “The DUV will still be keeping records internationally. Nothing is going to change.”

Those like Milroy and Lake have been around long enough to smell the irony in the whole debacle. They remember Malcolm Campbell. 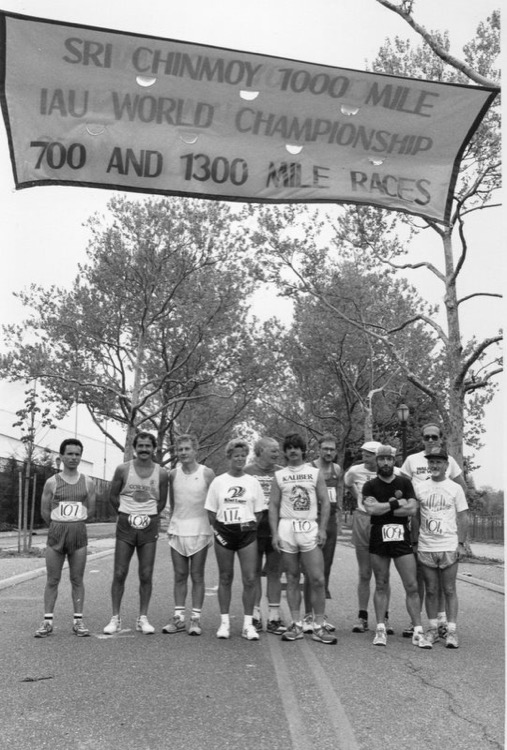 A co-founder and longtime head of the IAU, Campbell was, himself, a multi-day champion. In 1985, in Gateshead, England, he ran 1,000 miles on an indoor track to gain an IAU-recognized world record of 15 days, 21 hours, 7 minutes. Three years later, he would work with Sri Chinmoy to organize the IAU 1,000-mile World Championship. Dubbed “The Race of the Century,” Campbell lined up against the best: Yiannis Kouros, Sandy Barwick and Michel Careau. Kouros would make history, plastering 639 miles into the ground in six days, all on an accurately measured and officially certified course. It would be an IAU World Record that still stands today.

After January 1 though, it’s not their business.

As the initial panic subsides, multi-day runners would do well to remember, long before the IAU was created, 102 years to be exact, George Littlewood paced a tiny 13-lap-to-the-mile track in Sheffield, England. Like a man possessed, he went around it 6,903 times in six days. Known thereafter as the Sheffield Flyer, he went on to run 623 miles in six days in the old Madison Square Garden. The IAU wasn’t there for that one either.

No one ever forgot Littlewood. How could they? There were people watching, recording, remembering greatness. His record would last till 1984, when the IAU was created, the year the newcomer showed up on the world stage – Yiannis Kouros.

What was done in the ‘80s will last, too. And for the future multi-day dreamers yet to arrive, with an unquenchable thirst for insane distance, they can rest assured someone will be watching, remembering and recording. Afterall, the drive to run far is as old as the hills.

Every schoolyard kid knows that.

Update from the IAU on October 11, 2021:
Following our announcement, several multiday enthusiasts have reached out to us and discussed with us the historical significance of the 6 Day event and also expressed the immense future interest in the event. We have listened to their feedback as we do for every initiative that we put forward. Listening together makes us stronger. IAU Executive Council in cooperation with the Records Committee has decided to reinstate the 6-Day event as an officially recognized event.

IAU hasn’t got a prayer of making this insult stick. I see a white flag being tied to a pole as we speak.

Is the current IAU similar to the old AAU, banning professional athletes?

Interesting, I never thought about the similarity before, the initials stand for different words. Initially, the biggest difference with IAU was that it successfully promoted a 100K World Championship, then a 24-Hour World Championship as well. Nothing else makes money for them, I guess.

The ongoing Backyard WC, usually running to 3 days or more, provides an elegant dismissal of the IAU stance.

15 of the current Backyard WC start list had done over 48 hours, perhaps 30 or 40 have achieved this overall? Again, IAU is woefully behind the times here.

I’m a beginner at ultrarunning and never expect to contemplate, much less attempt one of these races, but I really don’t understand the reasoning behind the decision. Without an explanation for it, the IAU has caused itself reputational damage. The recent decision to reinstate the 6-day event after significant push back merely highlights the failure to consult its constituency.