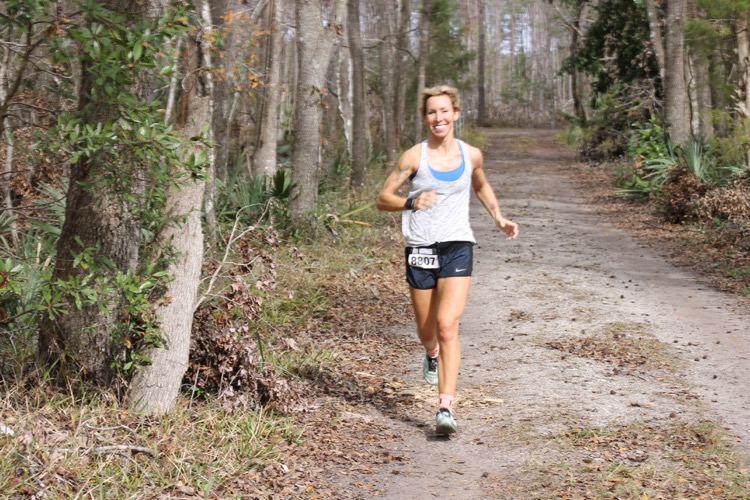 Hellcat 50K: A Run into History

January 27 was a sunny winter day in Northern Florida. A perfect day for a race in the shadow of WWII heroes. The Hellcat 50K is hosted by the Military Museum of Northern Florida, a 501C3 nonprofit corporation, and is a fundraiser for the museum. The race is held in an industrial park which formerly was a WWII airbase called Naval Air Station, Green Cove Springs. The base was the main training base in Florida for the Navy’s F6F Hellcat fighter, which had over 5,000 shoot downs in WWII.

Seventy-five hardy runners signed up and 56 finished the five 6.2-mile loops through magnificent cypress swamps around the perimeter of the old base. Remains of crashed aircraft and old bunkers are still visible. The course consists of part asphalt and hard packed dirt road and is flat and fast. However, the course was wet with significant mud in the swamps due to all the rain prior to the race, which made for an exciting day in the woods. 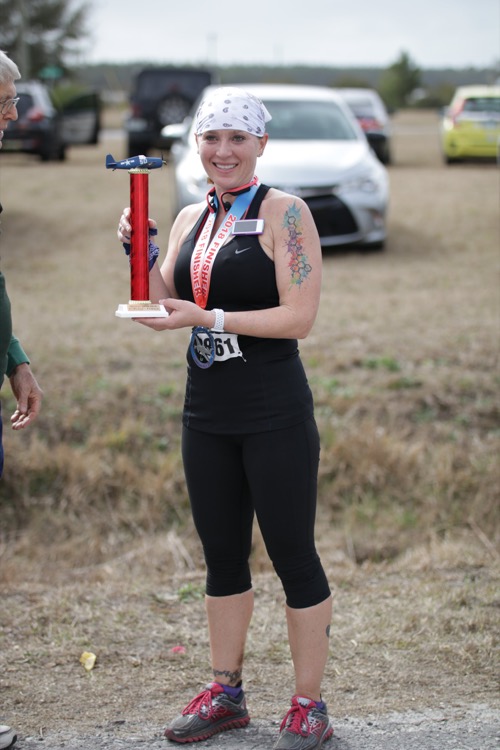 Even with the mud, a new course record of 3:34:10 was set by 28-year-old Mark Bottenhorn, who came all the way from frozen Michigan for the race. The women’s race was won by 36-year-old Maggie Weber from Jacksonville, Florida in a time of 4:42:06. Of honorable mention is 70-year-old Iris Smith who finished in 8:39:29. After the race the runners were feted with free hamburgers and had the run of the military museum. All in all it was a good day for an ultra and plans are in the works for next year’s race.