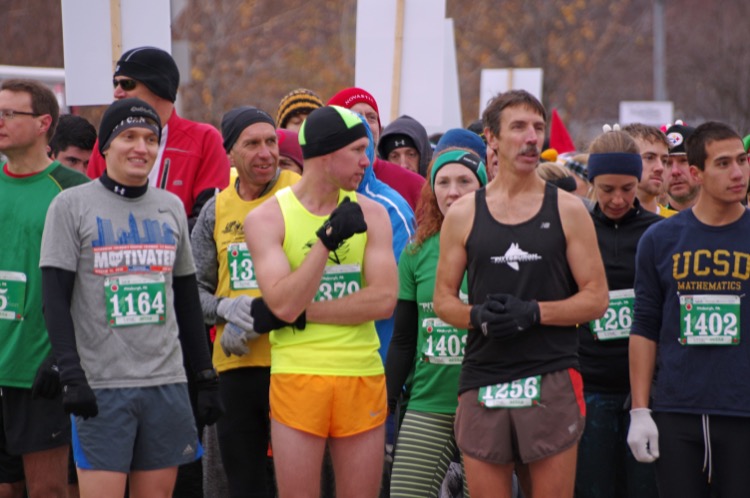 Going Too Long: My First 100-Miler

The idea of running non-stop for 100 miles would cause most folks to at least contemplate a rather long list of difficulties they might encounter. Instead, a clear narrative unfolds in my head of happily gliding through the woods basked in sunlight, merrily bantering with fellow runners while singing birds guide us along. What could possibly go wrong? For some reason I kept getting the same response when telling others of my plan, basically, “You’re an idiot and going to die.”

After a 10-hour drive and a cold, restless night in a tent, the starting gun went off at 6:00 a.m. on April 29 at Chain O’ Lakes State Park in Albion, Indiana. Three hundred seventeen runners lurched forward and spilled onto the cold dark trail like some strange quarter-mile-long creature with hundreds of flashing eyes. An hour later, my earlier vision of the race became a reality. Runners broke out into small friendly groups, the daylight joined us, and birds sang songs to cheer us on.

The course consisted of a 16.7 mile hilly dirt trail loop which we repeated six times. Making great time after the first loop, I calculated finishing six hours early. Something in the back of my mind was trying to warn me, but I couldn’t quite make out what it was.

A light rain revealed the trail consisted of dehydrated axle grease. With each passing hour, the rain rehydrated the trail closer to its six-inch-thick axle grease state and tried to obtain my footwear. By the fifth loop, alone in the middle of the dark woods, soaking wet, freezing cold, covered in mud, and shivering uncontrollably, it finally occurred to me “I’m an idiot and going to die.” An hour later I stumbled into the next aid station. It looked like a scene from an old war movie. The emergency lights of an ambulance flashed in the background. Almost everyone looked somber and beaten. A quick calculation told me nine hours lay between me and the finish line. I decided to quit the race.

Then I spotted an available space blanket. I reasoned that space blankets keep astronauts alive and space is a lot harsher than these conditions. Wrapped in foil, I charged back out into the cold, stormy night. It wasn’t long before my new-found determination ended when a large tree limb knocked me backward into the mud. At this point I finally gave up and quit for good. Strangely, nothing changed since there was no one around to assist in the actual act of quitting. I slowly got up, checked to make sure my head was still firmly attached, and shuffled on. Some time later, a blood-curdling scream pierced the night. Another runner was added to the growing DNF list.

Around 9:45 a.m. I finally reached the finish line. Afterwards, runners discussed whose shoes gripped through the mud best. It suddenly occurred to me that most of the runners had shoes especially designed to run through axle grease. Commenting on how I used road running shoes, they all instinctively winced.

On my drive home, I discovered a few issues that were a bit problematic for a safe return. One is that there’s a big difference between being awake and being cognitively functional. I was wide awake, having ingested in gel form the equivalent of a dozen cups of coffee during the race. However, I became mesmerized by beautiful Christmas decorations. Suddenly realizing these “decorations” were in fact traffic lights and served a key role in keeping me alive, I kept repeating, “lights very important.” Secondly, the inability to pick up my leg prevented me from switching between the gas and brake pedals. Moving my leg with my hand allowed me to operate the appropriate pedals. This technique probably would not pass the scrutiny of a driver’s test, but proved functional. Once home, I vowed never to repeat this absurd self abuse. Thoughts eventually returned to how easy a 100-miler would be if I just paced myself better and wore the proper shoes.

Someone once told me, “There are two types of people in this world: those that learn from their mistakes, and runners.” If I ever learn from my mistakes I’ll let you know. Until then, I guess I’ll keep running.