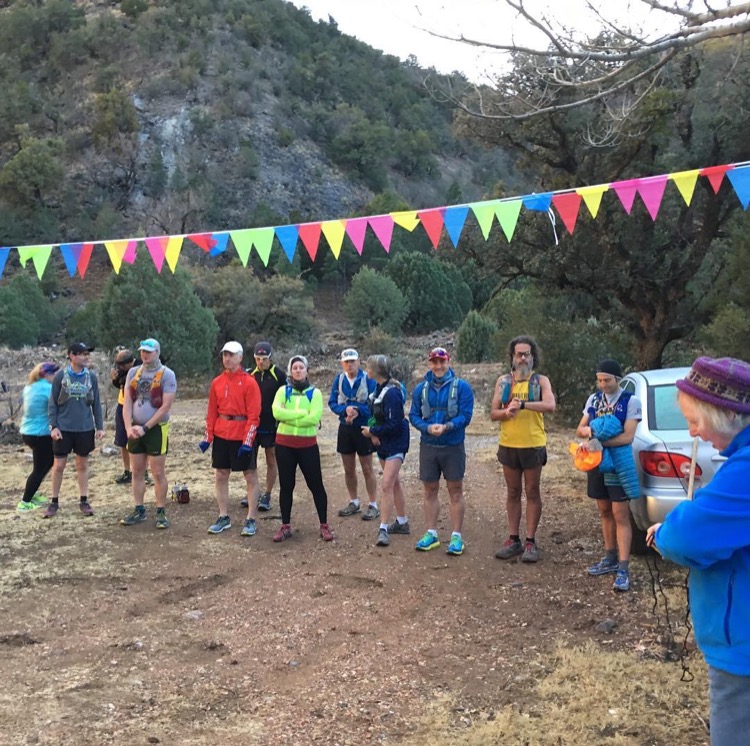 This year’s race was small and intimate. Due to a variety of reasons (not the least being flu or car problems) 12 runners took the start on February 18 at the Ghost Town 50K Invitational outside of Hillsboro, New Mexico. There were eight GT alums and four runners new to the event. One of the ladies was also a newbie to distance running!

There were some clouds and some wind, but the afternoon turned out to be lovely. The Gila was its usual wild and wonderful place.

We started right at 7 a.m. as advertised. The runners left HQ and headed back toward the paved highway, stopping just before the pavement where they touched a foot to the cattleguard before heading back to HQ as their first aid station at 6.6 miles. I was happily clocking people through and they were happily running on. 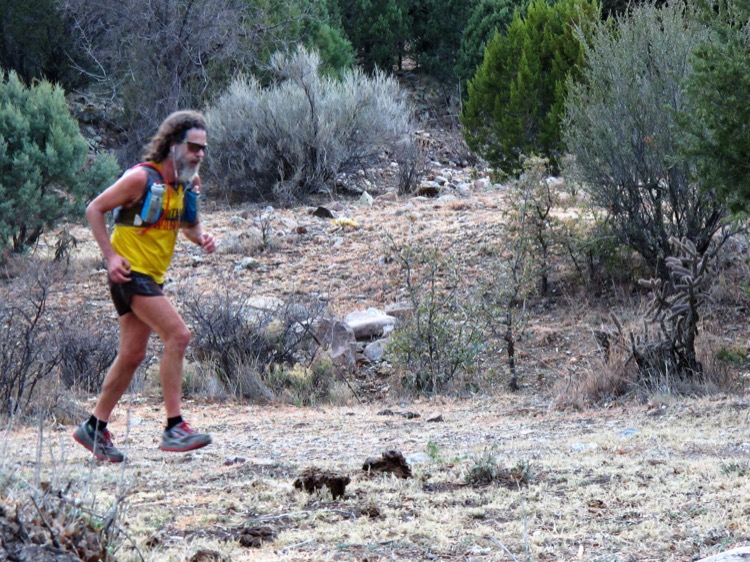 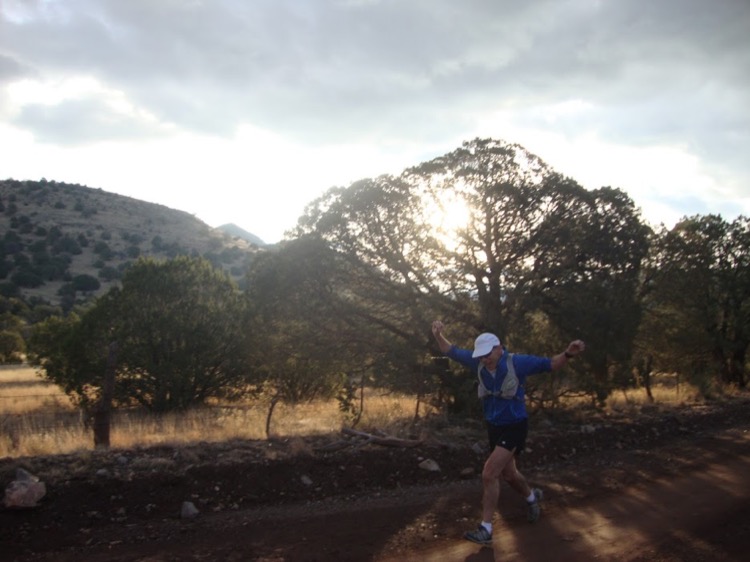 Ed Heller having a joyous moment in the early miles. Photo: Kelley Garcia 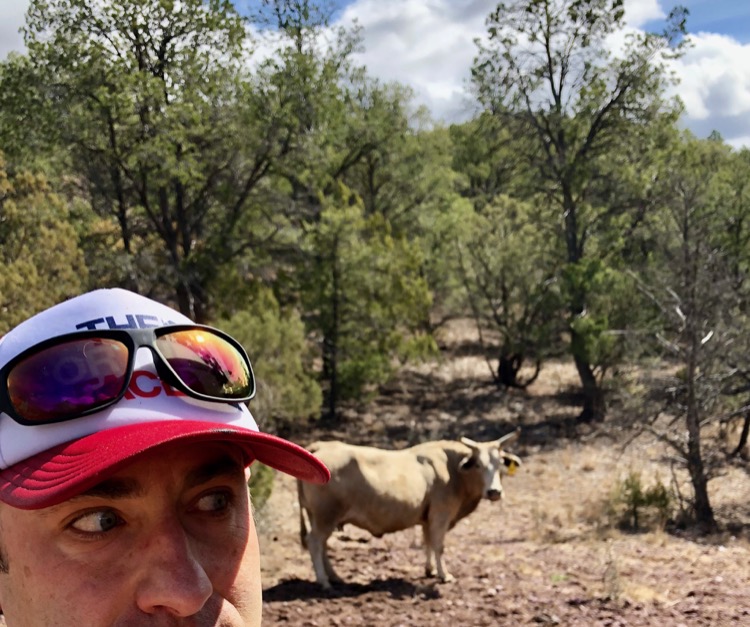 In the end there were 11 finishers. GT alum Cliff Matthews had finished another event the day before! Fred Walters won the lowlander’s award. Running buddies and friends Tammy Parsons and Miranda Vogel ran the race together and finished hand in hand in 10th and 11th place. Runners and volunteers formed an arch to let the ladies pass through as they cleared the finish line in 8:15:05. 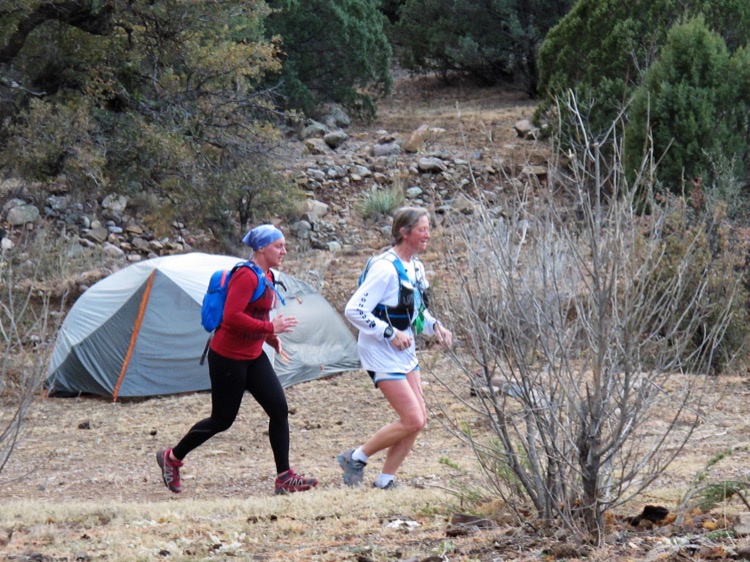 Both ladies live in New Mexico. Tammy is a GT alum and Miranda was not only new to GT, but had never run this distance before. I didn’t distinguish between their awards but one was for first female finisher and the other was for last place finisher.