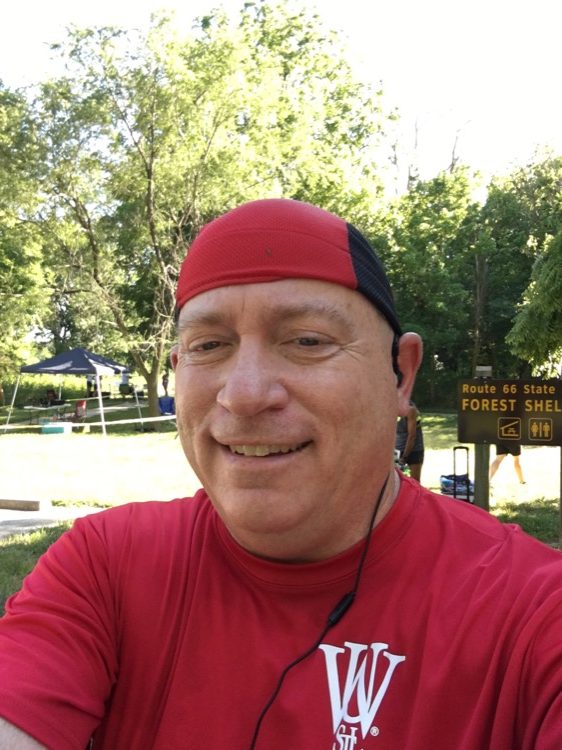 Get Your Butt Kicked at Route 66 Six-Hour

This race has one of the most intimidating names in long distance running. For those not inclined to venture into a six-hour, mid-July run in suburban St. Louis, the race’s name is a sufficient deterrent to participation. However, devout masochists take the tone behind the name as a dare. Just over 100 of them signed up for the challenge. They were ready and very willing to thumb their noses at the thought of a race kicking their backsides.

Yours truly was one of those masochists, but I was not really too concerned about getting my butt kicked by the race. My gluteus maximus was already kicked in the two weeks prior by hemorrhoids. After enduring long runs of up to 18 miles with that painful and burning baggage, I was hoping that Get Your Butt Kicked @ Route 66 would be more respite than torture.

As it turned out, it was a respite for all of the 96 runners who toed the starting line. Usually the temperature is well over 90 with high humidity for this race, providing the butt-kicking one-two punch combination that underscores the title of [email protected] There were such days before the date of the run, and as I finish writing this report, St. Louis is in the beginning of a four-day stretch where the high temperature will inch past 100 degrees. However, for this year’s edition of [email protected] on July 15, the thermometer on my phone topped out at only 90 just before the 6 p.m. start at Route 66 State Park in Eureka, Missouri. The humidity was seemingly low and tolerable too. That set the stage for some impressive running. 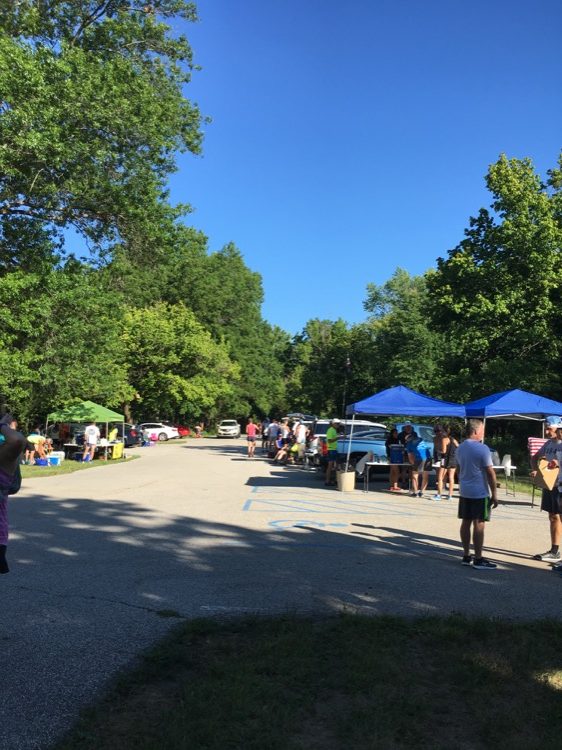 The starting area less than an hour before the race.

All told, 59 of the 96 finishers went beyond the 26.2 line of demarcation that separates a marathon from an ultramarathon. 36 runners put in 50k or more. Robbie Cannon won the [email protected] for the second straight year, with a total of 42.22 miles. Tim Emmett was close behind in second place, totaling 40.46 miles. Heidi Williams was the top female, tied for third overall with 38.04 miles.

Along with the tough-talking name of the race, another unique feature of [email protected] is that it is contested primarily in the dark. Once the sun sets around 8:30 local time, it’s up to the runners to provide their own guiding lights. There are no street lights in Route 66 State Park, and it would not be feasible to string lights along all of the 2.4 miles of the course. The main headquarters at the starting line had plenty of light, so runners could sample an ample bounty of snacks and fluids, and the chip-timing camera could see the runners’ bib numbers and post a running total of their miles covered on a big flat-screen TV as they strolled past. Another aid station at the midway point of each lap provided some light, water, and Tailwind sports drink. Other than that, flashlights and headlamps were needed in order to avoid unintentional pitch-dark wanderings into the woods, into a couple of small marshy ponds, or into the Meramec River along the northern half of the race course.

This was my first visit to [email protected], and I must say that running in total darkness was a little creepy for the first hour or so after sunset. If George Romero would’ve known about this race before he passed away last week, he could’ve used it as a backdrop to one of his trademark horror movies. Once I focused on enjoying a star-lit sky unaffected by street lights and brightly illuminated suburbia, I actually enjoyed running in total darkness, armed only with a flashlight. Besides, there was a steady stream of faster amply-lit runners who kept me company as they zoomed by.

Was my butt kicked at [email protected]? Well, I am happy to say that I landed my share of haymakers on the race. Using this race as a training run with an eye toward the Flatlanders 12-Hour Run September 3, my goal was to amass 18-20 miles. I felt progressively stronger as the night unfolded; a couple of Aleve tablets taken a few hours before the race landed a couple of uppercuts on the aforementioned hemorrhoids, and knocked them out long enough to run relatively pain free. 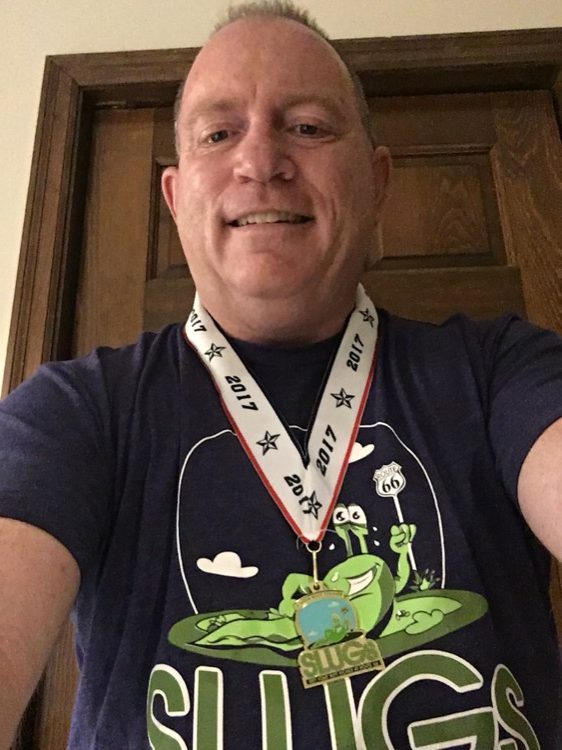 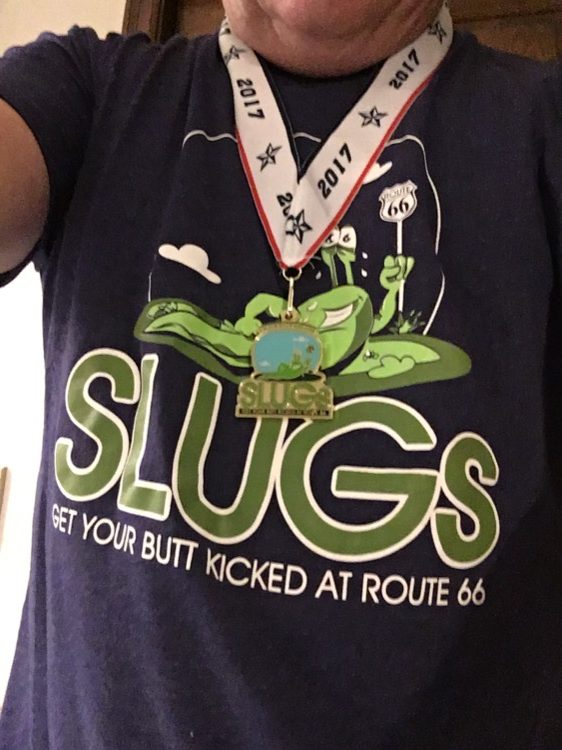 I was therefore pleased when I officially attained 21.7 miles (22 if one counts the 0.3 miles that I tacked on around 30 seconds past the six-hour time limit). That puts me in a good position to reach an elusive goal of 40 miles for my upcoming Flatlanders effort, and that put a big smile on my face at the midnight finish of the race. I think if you try this race and prepare for summer heat, you will avoid a butt-kicking and have a big smile on your face, too!

Congrats on your finish. I did a 6 hr run in March at Lake Cuyamaca, CA. I managed 22 miles of running and powerhiking. I’m doing a 12 hr on 5 August at Julian Station, CA. Hoping to break 40. Good luck with your ultrarunning.