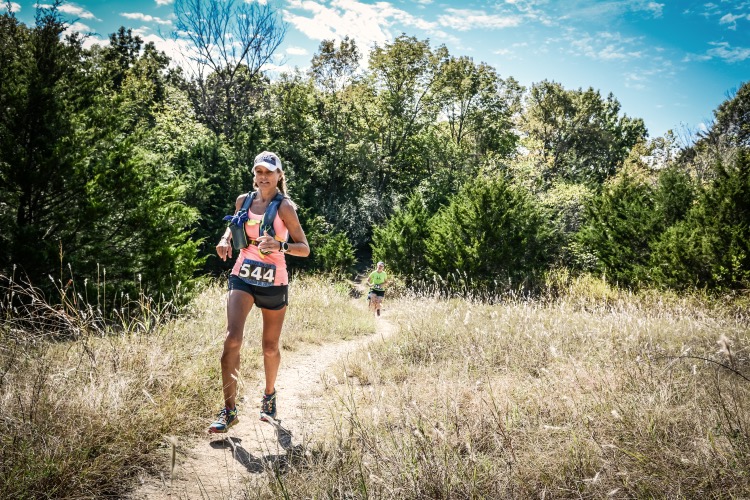 I had been told the FlatRock 50K course was extremely technical and challenging, and it was. It also turned out to be so incredibly beautiful.

I think I only slept a couple hours before waking up on race morning, ready to go. Still no nerves, just pure excitement. My friend Penny Romero and I got ready in our tents and time got away from us because before we knew it, we were missing the briefing. I rushed over, and got a little recap from fellow runners.

About 30 seconds before the start, the nerves hit. I decided to stay back in the crowd and just start out slow and easy. I had no idea what I was getting into. The first four miles were a conga line with no real way to pass, and I wasn’t sure where I was in the pack. I was ok with this because it gave me the chance to take in the beauty and share it with everyone around me.

Just after mile five, the trail opened up and I took off. It took me about two miles to catch up to Christy Swearingen, who I would run much of the race with. We had great conversation and she pushed me through areas where I would have otherwise slowed down. When the top guys passed by heading back from the turnaround, they informed us that we were the top females, and that we might have a shot at the female course record! 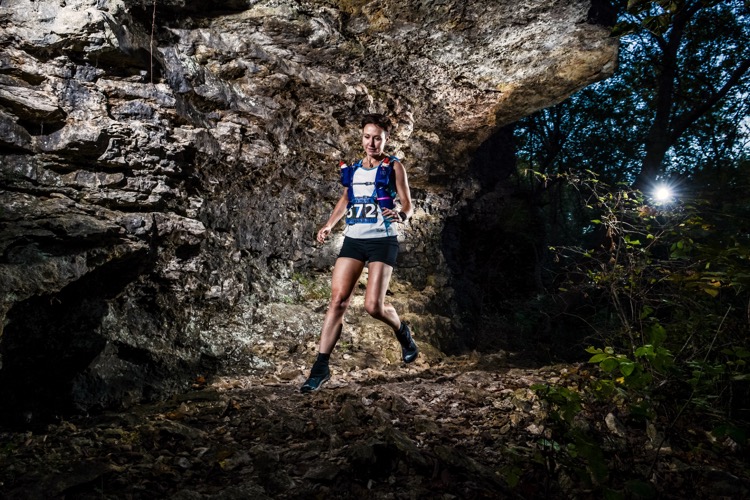 I stayed with Christy until around mile 20. I was feeling great, and knew it was time to run my own race. With about 2.5 miles remaining, I started thinking about the finish and realizing that I was most likely going to win first female. The emotions started creeping in. I was holding back tears, but also thinking “this is the world’s longest two miles!” I kept expecting to be at the end of the trail, and was excited for the pavement that led to the finish. Little did I know how difficult and long the road would be.

Once I was finally on the road, the strong wind hit me and I could see just how far I had to go on this flat, but grueling pavement. As I was coming up to the curve that would shoot me to the finish line I saw my good friend, Bob Hall! I stopped to give him a hug and couldn’t hold back tears anymore. 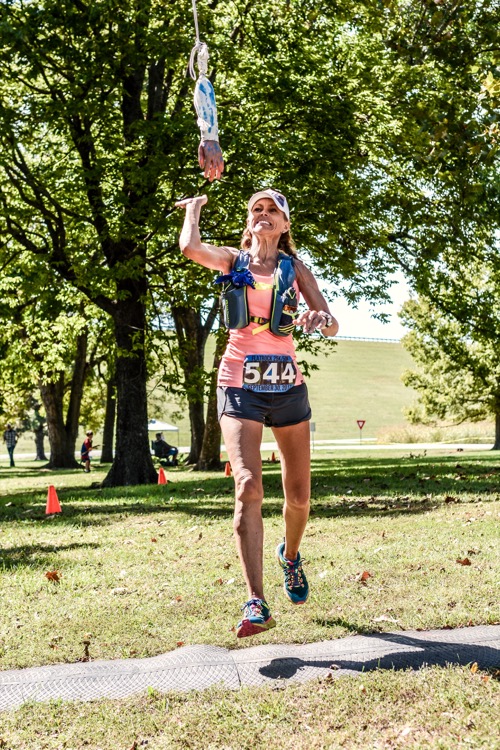 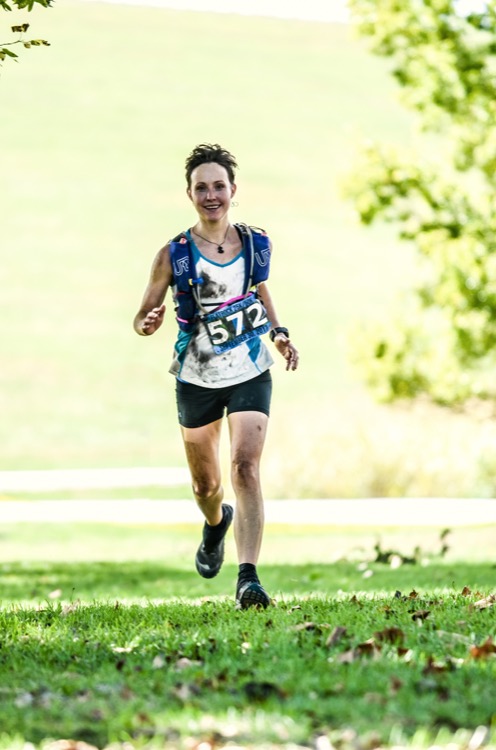 Then there was the finish line, I was there, I did it, I was the first female (5:50:23, just 8 minutes over the course record). As I crossed the finish line I lost it again, and out came the ugly cry. Unfortunately, there are pictures of that.

I am proud of myself and grateful that I am able to do what I love. Crazy to think that I just started trail running in February.

One thing I have to learn: watch for the cameraman! 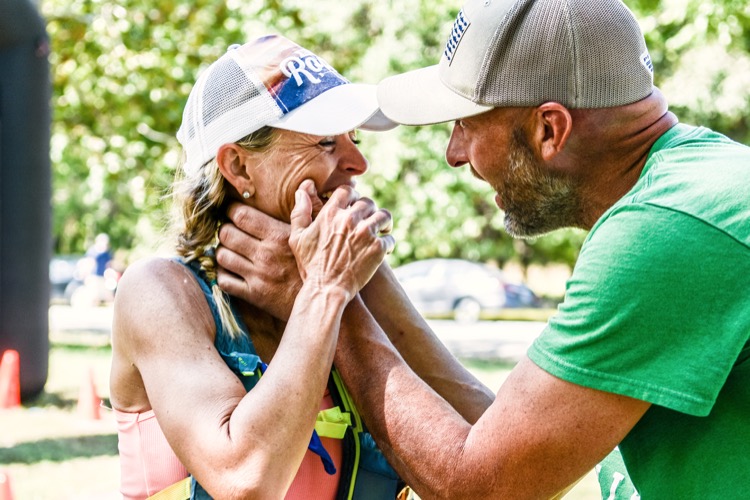