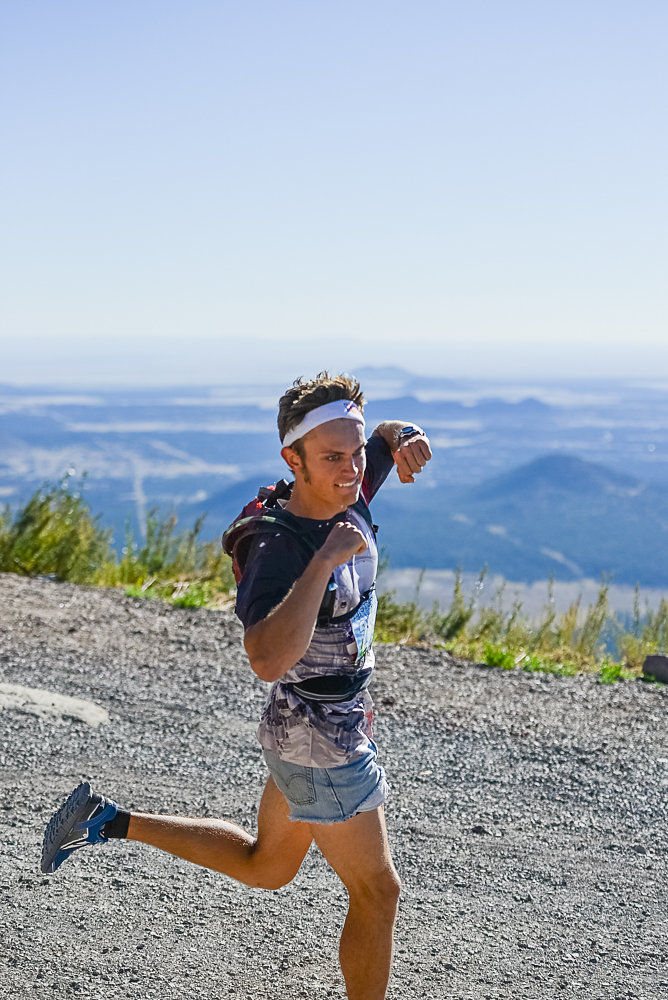 Editors Note: This video has been removed from YouTube. A note from Jesse follows

“Thank you to Navajo Nation for graciously sharing your heritage lands to be a part of the Antelope Canyon trail races, and I always look forward to amazing experiences here. Parts of this video were filmed on Tribal land without an appropriate Special Use Permit. All other regulations were respectfully followed throughout this event. No alcohol was transported or consumed within Tribal jurisdiction, only in the city of Page, AZ. Thank you to everyone who found entertainment and inspiration in this video. I plan to film more of my adventures and misadventures soon. Please visit UnwearyTraveler.com for a more complete explanation of the video and why I have taken it down.”

Think back to your first ultra.  For most of us, there was a lot of pain and struggle to continue those last few miles before crossing the finish line.  Now, imagine carrying a video camera throughout the entire race and filming yourself during that raw, emotional journey. Jesse Weber did it and became an overnight YouTube sensation, with over 86,000 views of his video in just four days.

Signing up for the Antelope Canyone 50-miler wasn’t something he had planned, but Jesse is an adventurous, 24-year-old student living in Flagstaff, Arizona.  His impulsive entry had to do with wanting to see Antelope Canyon and the Horseshoe Bend of the Colorado River, and also the fact that Ultra Adventures added 150 spots after initially selling out.  Never mind that his longest run was 24 miles up until race day.

Adventure-seeking is nothing new for Jesse, who seems to have a worldly sense about him.  Visit his website, Unwearytraveler.com, and you’ll find stories of his recent travels.  His first 5K was in Dublin on St. Patrick’s Day, wearing a green tutu.  If you’re still reading this and haven’t watched Jesse’s video, please take an extra seven minutes to do so – it’s worth your while.  You’ll also notice that he dressed in non-traditional running gear in this race, as well.

Jesse explains in the video that he decided to run in hiking boots, due to the extreme amount of sand on the course.  What he didn’t mention was that he had planned to wear running shoes, but the amount of sand filtering through the fabric the day before the race was overwhelming.  Approximately 75% of the trails on the Antelope Canyon course are made up of fine sand. While the hiking boots were heavy, Jesse says that they protected his feet and he didn’t experience any major problems. He stands behind his decision, saying he witnessed other runners frequently stopping because of the sand build-up in their shoes.

Throughout the video, Jesse offers commentary that adds touches of humor and realism – along with filming breathtaking views of the Colorado River and slot canyons that are only accessible because the Navajo Nation agreed to share their cultural landmarks as part of the course.  He also popped open a PBR at mile 38.5 – and it should be noted that no alcohol was transported or consumed on tribal land.

What makes Jesse’s story so inspiring is that he runs for the fun of it.  An appreciation for sacred surroundings and his light-hearted nature bring us back to why we’re all out there.  Jesse crossed the finish line in 12 hours, and with a little help from Pabst Blue Ribbon and Elton John, he successfully created a film most of us would never, ever have the strength or humor to do on our own. Well done, Jesse.