For a company that innovates as frequently as HOKA, it’s a testament to the success of the original Torrent shoe that they left it untouched for two full years. The Torrent was often described as “The HOKA shoe for people who don’t like HOKAs,” thanks to a couple of key design elements that deviated from the company’s early points of notoriety. It rides significantly lower to the ground than other HOKA trail shoes, with a noticeably wider forefoot last that accommodates a wide range of users. The combination of these elements plus general outstanding performance, won the Torrent a massive fan base. Those runners can rest assured that HOKA keeps everything they love about the original Torrent, while adding a handful of changes that all seem to be positive improvements. 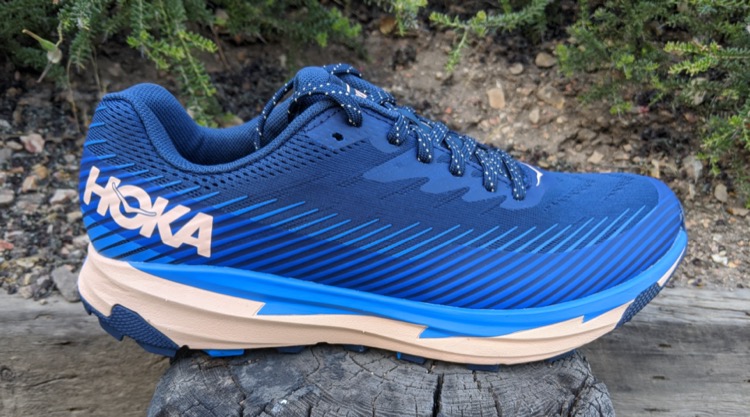 Core elements of the Torrent 2 remain unchanged with the same last, geometry and midsole compound as the original. The PROFLY dual-density midsole is softer in the heel to diminish impact, and firmer in the forefoot for better midfoot propulsion and a responsive toe-off. There’s no rock plate on this shoe, and with a relatively modest amount of cushioning underfoot compared to other HOKAs, the Torrent 2 provides a great ground feel.

However, you’ll also start to feel the harshness of the trail on runs of 50K or more. The Torrent 2 also retains its overall lightweight construction, coming in just 0.2oz heavier than the original model.

Our favorite updates on the Torrent 2 are the new engineered mesh upper that is slightly more form-fitting than the original version, along with a partially gusseted tongue for better security on downhills. HOKA uses an eco-friendly polyester yarn created from recycled plastic bottles, which retains the soft feel of traditional mesh uppers while also helping divert plastic away from landfills. The venting patterns of the mesh are slightly different on the Torrent 2 and there are fewer overlays, but stylistically they are subtle changes.

The other primary difference is the size and positioning of the outsole lugging. Lug depth is unchanged at approximately 4mm, but the lugs around the perimeter of the new shoe are wider than the original, and the distribution of lugs in both the rear and forefoot have been adjusted. We feel that the more substantial perimeter lugging makes the shoe even more accommodating for those who have unusual wear patterns on the inside or outside of the heel, giving the Torrent 2 a bit longer lifespan than the original. From a performance standpoint, we found the rearrangement of the lugs to be minimally consequential – which is to say that this shoe had excellent wet and dry traction before, and the updated model runs just as well. 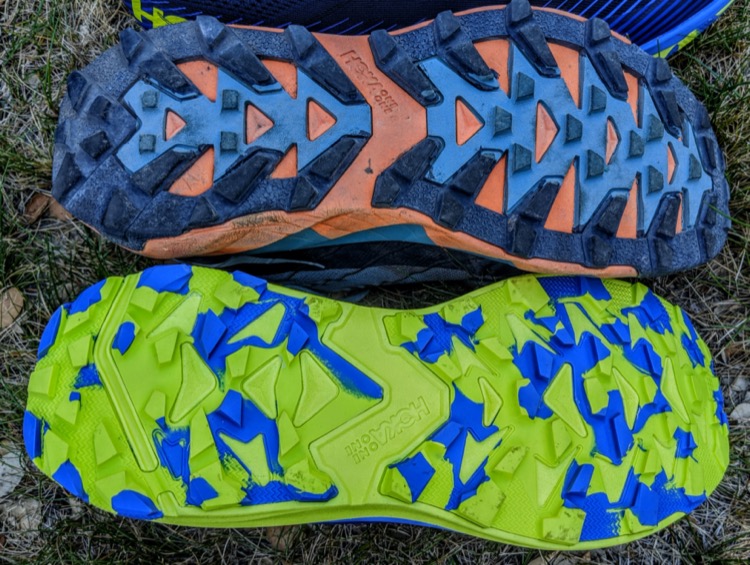 The HOKA One One Torrent 2 is now available in men’s and women’s models at www.hokaoneone.com. 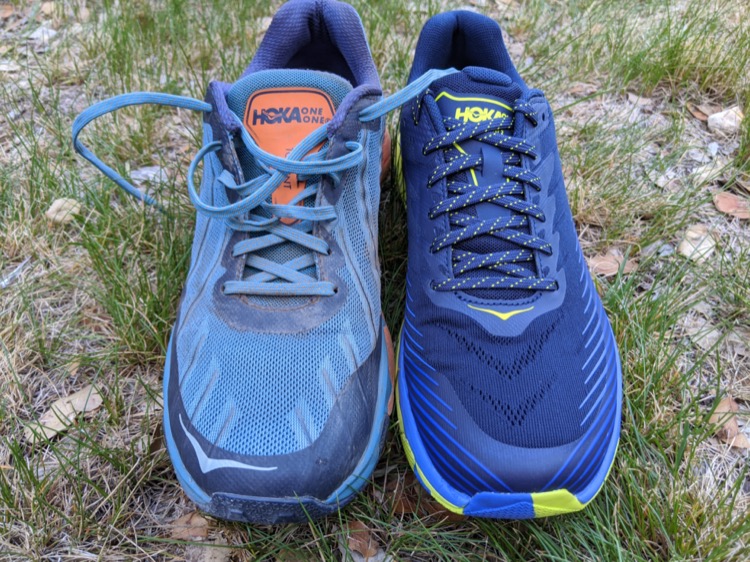 Love the original Torrent and am loving my new Torrent 2s! My only complaint on the 1s was that, at a little over 300 miles, the medial upper on both shoes wore away between the arch and the great toe, leaving a gaping hole in the mesh. The rest of the shoe was still perfect. It could just be my foot shape but I’ve never had that happen on any other shoe in over 20 years of trail shoes. Any changes to the upper mesh (or other change) on the 2s that might make it more durable?

Andy: The uppers use a new mesh yarn that may have increased durability – time will tell. If you look at the side by side photos, you’ll note the TPU overlay is slightly more extensive on the Torrent 2, adding a bit more resilience also.