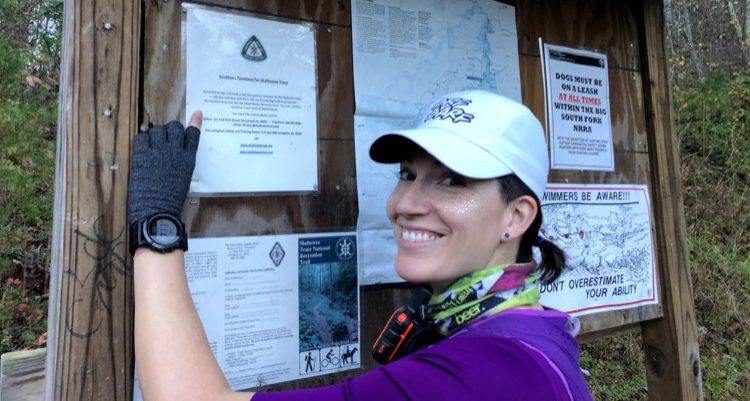 In November 2020, Anne Lang set out to attempt the first female FKT on a trail that winds its way from the Cumberland Mountains of Tennessee to the foothills of Appalachia in northern Kentucky: the beautiful and rugged 341-mile Sheltowee Trace National Recreation Trail.

“I was thinking about FKTs and women doing these ‘really difficult things’…[and] it’s really important to me to put the nuggets out there for women to start thinking about themselves doing it,” said Lang.

“There aren’t less women who want to do these things, I think there are just less women thinking about themselves [as the one] doing it. I hope another woman sees [my FKT] on the site and thinks, ‘Oh a female has done it. It’s possible.’ And I also hope there’s a female out there who sees my time and thinks, ‘I could absolutely crush that.’” 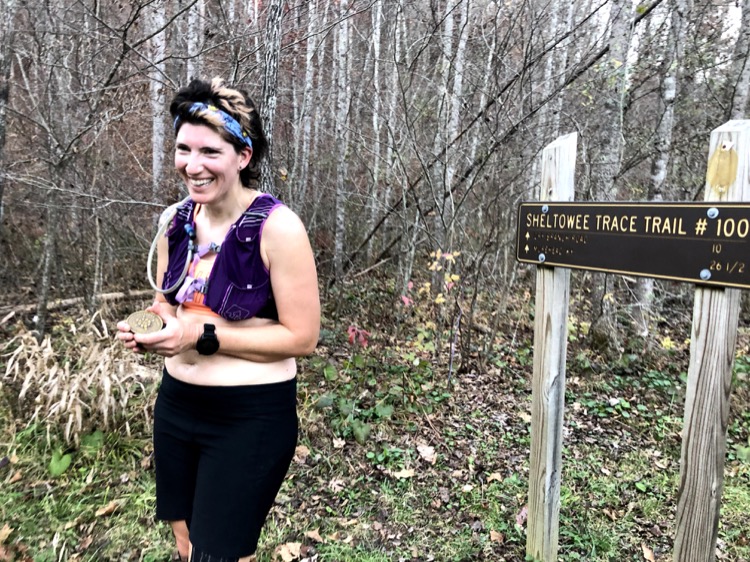 Lang has been running ultras for over eight years—she ran her first 100 in her home state of Ohio, the Not Yo Mommas 100, taking first female and eighth overall. She moved up to fifth overall the next year and began racing around the country, from the San Diego 100 to the incredibly challenging Barkley Fall Classic, where she holds four finishes.

2020 was not Lang’s first attempt at the Sheltowee. In 2019, she had to stop almost 200 miles in due to impassable water crossings. Even though she claims to have trained less, she credits her preparedness as a key factor in the successful attempt.

“I’m so grateful for the failed attempt in 2019 because it really gave me a lot of learning lessons and perspective and opportunities. Like, my weight is higher than it was last year and I trained less than I did last year, but I was more prepared. I was more committed and those are the things that made a difference. Anybody can do a better job of looking at the map and planning their crew meet up, and that has nothing to do with like how much time I can devote to training every day.” 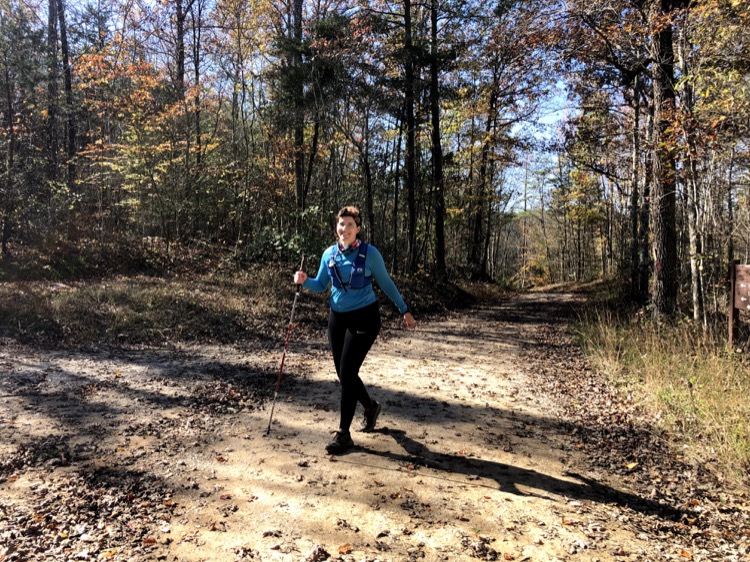 The Sheltowee Trace, named after Daniel Boone’s Shawnee name meaning “Big Turtle,” was developed in the late 1970s and has grown in length over the last 50 years. It spans a diverse landscape of flowing single track, rutted ATV trails, jeep roads and some paved sections that circumvent private property. While the Trace does not share the same elevation profiles of western long trails, it presents challenges in terms of how remote and wild some of the forested sections are. River crossings can become impassable, and certain sections in the summer can turn into mud pits. The trail has hosted many ultras over the years, including the No Business 100 and the War Hammer 100.

Because of the pandemic, Lang decided to keep her crew as small as possible and went with the people closest to her including her husband Andy and daughter, Arbor. Lang’s crew was able to leapfrog from one trail intersection to another allowing her to carry lighter vests. Lang did the entire eight-day effort without a pacer, often using music to propel her forward. Isolation became a key element in her attempt. 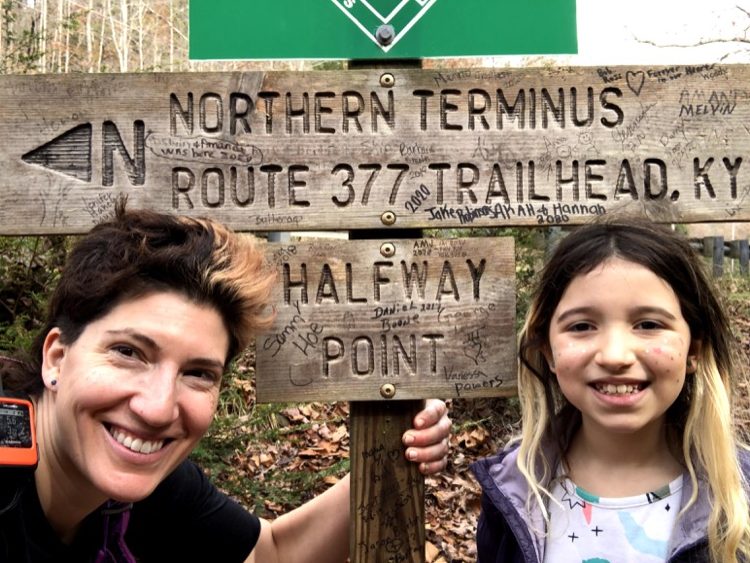 “Part of me felt like this has been a year of isolation and part of me worried that taking it one step [further] would feel like all the worst parts of this year and not being able to see the people I want. So, I was surprised when I transitioned from being in the woods where I had been mostly alone the whole time into the Red River Gorge area. There were a ton of people. It was a real shock to me, and I was just really surprised at how it changed, like, my attitude.”

Lang’s successful attempt in 8 days, 9 hours and 47 minutes was nominated for the “2020 FKT of the Year award” by fastestknowntime.com and was the second longest in terms of distance and time.

As for the future, Lang thinks it is possible that she or another woman will take the overall FKT.

“I think, especially on these longer efforts, gender really becomes less and less important; it becomes about those logistic things and your mental fortitude. I was going for the overall [FKT] this last fall, so that would 100% be the goal—to leave feeling like, you know, I put together this perfect effort.”

What an absolute QUEEN. I bow deeply to you, Lang.

So freaking proud of you for showing us the way! You are the penultimate badass! Keep crushing!

I just came across this article and Lang’s spectacular FKT while researching a potential unsupported FKT attempt of the Sheltowee Trace. I’m definitely motivated by Anne Lang’s experience and going after the FKT after being forced to DNF her first attempt.