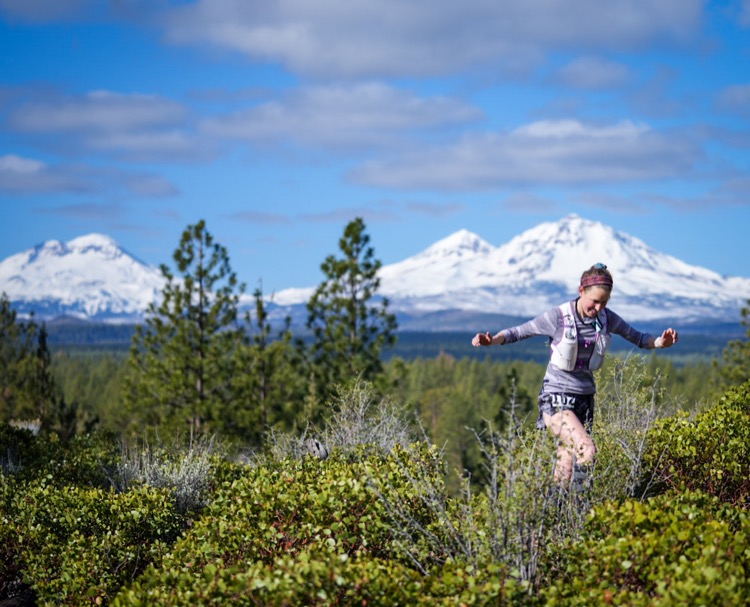 From what was starting to feel like early summer weather in Southern California—beach days and temperatures in the 70s—I made a long trip up to the still-thawing-out Pacific Northwest for the 19th Annual Peterson Ridge Rumble, previously advertised as a 40-miler, but really known to only be 60k. Either way, it’s a fast and runnable course with two big climbs and tons of flowy single track southwest of Sisters, Oregon, in the Deschutes National Forest.

The goal for this ultra was simple. After running so conservatively at my last big race, I wanted to send it from the start, and that is precisely what I did on the first part of the course. I strung the field out immediately, which was wise for this Californian, because it was as cold as a glacial crevice — a quite literally freezing 30 degrees at 7:30 a.m. I needed to warm up, ASAP. 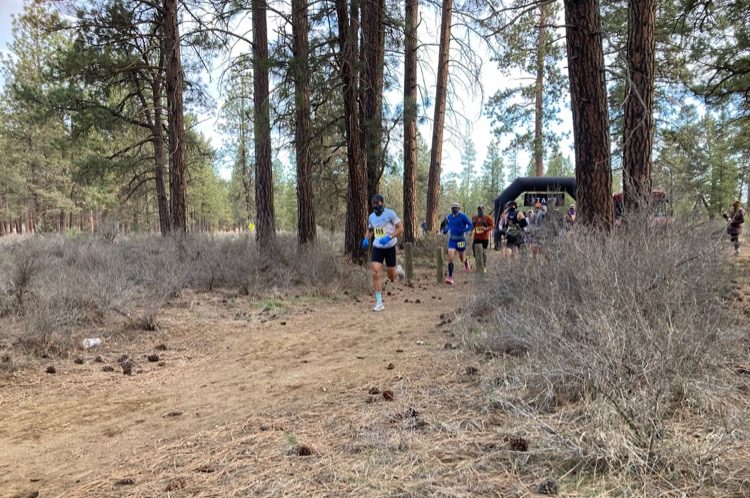 Stretching the field out in the first 15-20 minutes, I built a nice little gap from the main field and dragged along two stout competitors, Brett Hornig and Scott Williams, as we started to climb up to the first peak of the course and set the tone for the race. Not only were we moving swiftly, we were chasing the course record.

At the top of the first climb, it was just Brett and I as we started to really move on the buffed-out single track back down to the midway point of the race. It was toward the tail end here that we started to pass runners headed in the opposite direction from the 20-mile race, featuring a plethora of swinging, slobbery tongues of some seriously happy dogs which was an adrenaline boost for a canine enthusiast like myself. 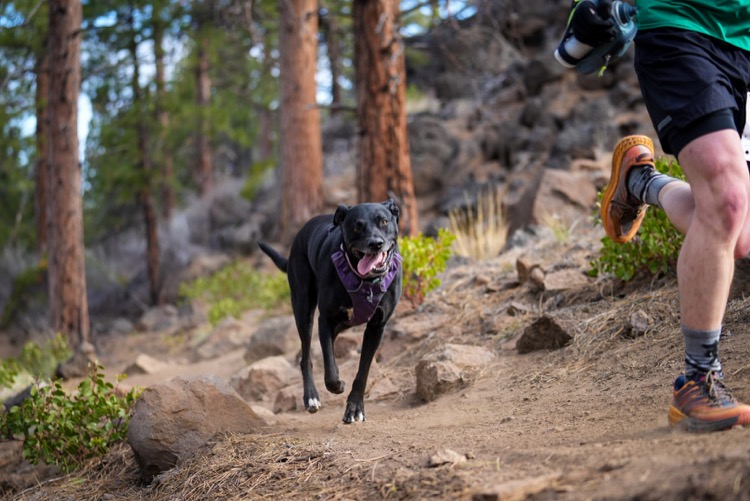 After a quick left hand turn off the main gravel sector and cheers from the affable Ashley Nordell, we were climbing again and dropping miles in the mid-6 min/mile range while settling into what we knew would be a battle for the title.

The climb kicked in at the top and I started to pay for my fast start, as Brett gapped me by 20-30 seconds coming into the aid station at mile 23. At that point, the course turned from super runnable single track to volcanic sand beds and downed trees, dismantling my momentum and bringing on some deep suffering.

I battled through the hurt and staved off a late charging Williams to hold on for second place and nearly break four hours. I even found a little energy to bust out an optional hurdle on the Sisters High School track (apparently I won that division) at the finish.

All in all, the Peterson Ridge Rumble was a spectacular start to the spring racing season and fun road trip up to Central Oregon. It feels good to get back in that racing groove with so much more to come in 2021, as a multitude of events resume a somewhat regular cadence on our ultrarunning calendars.