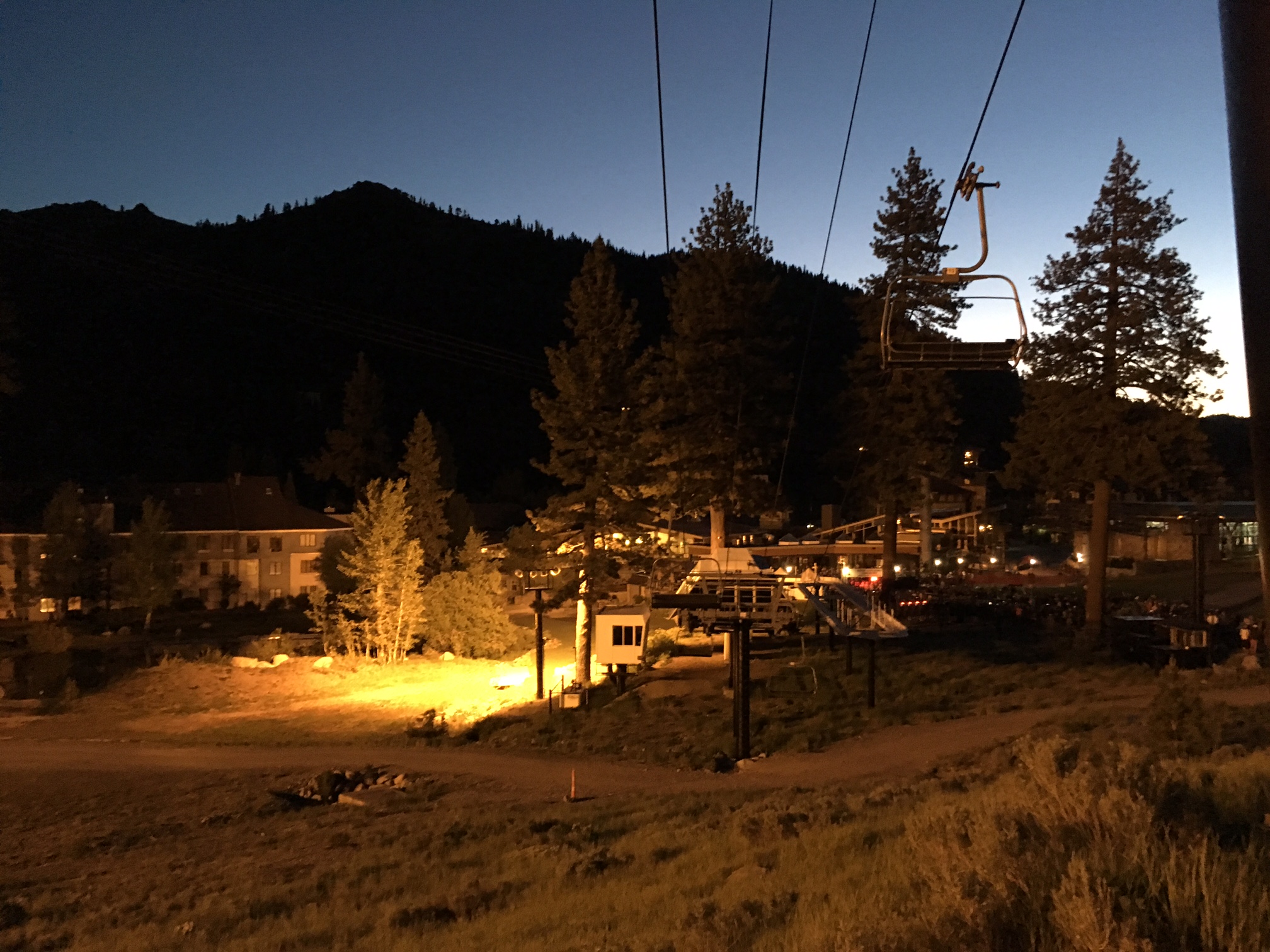 Last weekend, I literally stepped beyond the screen I had watched so intently while following the Western States 100-Mile Endurance Run online. I’ve never missed a live feed of the finish line as the winner makes his way around the Placer High track, and I streamed the race again this year. Only this time, it was in an Auburn hotel during a brief break from crewing and pacing.

What can’t be seen on a screen is that the starting line is dwarfed by the slopes of Squaw Valley.  Duncan Canyon, Foresthill and Highway 49 are real places, not just made up names. The trails – which dive into the canyons and crawl back out, only to descend again – are steep.  And the finish line gets eerily quiet in the early morning hours – a reflection of those circling the track who have exhausted themselves to finish 100 miles.

Even though volunteering to crew was an easy choice for me, my head spun with an overload of information about the twists and turns on Mosquito Ridge Road, parking at Duncan Canyon, and the preparation needed prior to the arrival of my two runners entering each aid station.  For the amount of time I spent worrying, those five minutes with each runner in the aid stations passed so quickly that all those worries disappeared instantly. Filling bottles and bandanas with ice was easy.  But how would pacing compare?

Crossing the American River at Rucky Chucky at 10:15pm, was when my pacing duties became real. Volunteers helped secure life jackets on both runners and pacers, as well as managing a rope stretched from shore to shore while directing us to follow the glow sticks placed near boulders in the water.  My attempts to stay upright were successful, but not without a few near misses. Out of the water, the hike up to Green Gate was long, and I tried to steady the 960-lumen flashlight on the trail for maximum visibility.  Thoughts were focused on my runner, making sure he wasn’t chaffing after the river crossing, getting him safely to each aid station, and helping him problem-solve throughout the last 20 miles of his race.  Fortunately, he knew the course well and was able to look ahead – even in the darkness.

Jumping into a 100-mile race as a pacer during the last stretch isn’t something to be taken for granted.  Runners started at 5am, struggled through 90-degree heat, and then had to push their tired legs through the darkness on rocky, narrow singletrack. As a pacer, I needed to keep my runner healthy, upright and moving towards the finish at all costs.  He had stomach issues early on, but thinking ahead was the name of the pacing game and while I had never done it before, it didn’t take much to remember that he had been out there for 80 miles already, and putting one foot in front of the other was all he needed to be doing.  I was there to help him with the rest.  When our climb up to Highway 49 signaled the end of my pacing stretch, I knew I was being replaced by someone who would get our runner to the finish line in under 24 hours with just seven miles to go, and I had done the best I could.  The excitement was palpable.

Walking into the Placer High stadium at 4:30 am seemed like a dream.  “Tropical John” Medinger’s voice echoed in the distance, methodically reading the names of each finisher circling the track on their final steps to mile 100.  And finally, at 23 hours and 29 minutes, our runner crossed the finish line with all the relief and excitement of receiving his eighth silver buckle, and accomplishing what he had set out to do that day:  finish Western States.

I still ended up watching Andrew Miller cross the finish using my iPhone. But this time it was knowing I was headed to Placer High in just a few hours to watch my runner cross the finish line, as well.  Thanks to Karl and Erika, my day was spent discovering Western States up close and personal – and not on a screen.  Congrats to you both on your amazing finishes!