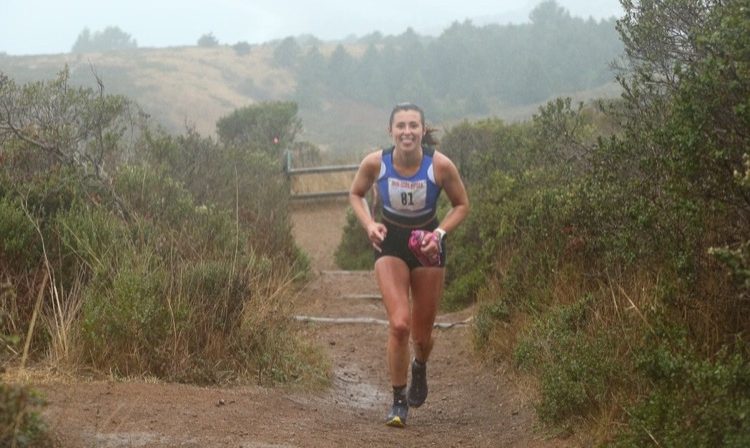 Diamond in the Rough: Olivia Amber

Near the Bay Area’s majestic Mt. Tamalpais exists an ultrarunner’s perfect training ground. With hundreds of miles of trails and ideal weather year round, it’s no surprise that many of America’s top ultrarunners call this part of Northern California home, including Olivia Amber.

Originally from a small town of just over 1,000 people tucked away in the northwest corner of Wisconsin, Amber was a former All-American Nordic skier at Colby College and is poised to make a name for herself in 2020. After running her first ultra last June, the San Francisco-based 24-year-old placed second at the Headlands 50K in August. Amber closed out the first half of the year by making a big splash at one of the country’s most difficult races, winning the Quad Dipsea in the 10th fastest time ever run in race history.

Now Amber is preparing for a new challenge and a step up in distance: the USATF 50-Mile Championships at the Pioneer Spirit Trail Race in Cool, CA, on March 14.

“Being able to get my first win on the Tam trails inspired me to keep running and competing,” Amber says. “I’ve always loved anything that had to do with the outdoors and physical activity, especially if it takes place in the mountains. I love how the mountains just really test your abilities both mentally and physically.”

Running and exploring mountains are in Amber’s DNA. As a kid, Amber’s mother would wake up before dawn every morning in rain, sleet or snow, which are common in her hometown of Lake Nebagamon, WI, and run with their dog, Gypsy. Most of these mornings, Amber would be hanging onto Gypsy pleading with her mom to take her along. Slowly she let her join in; first down the driveway, then down the road and finally, around the entire loop.

Her parents are quite certain she learned to run long before she learned to walk, running competitively in middle school and her first year of high school before turning her focus to cross-country skiing. As a freshman at Colby in Waterville, Maine, she made it to the NCAA Division I Nordic Skiing Championships. She finished her collegiate career a two-time All-East selection, four-time national championship qualifier and the first Nordic All-American in Colby history. 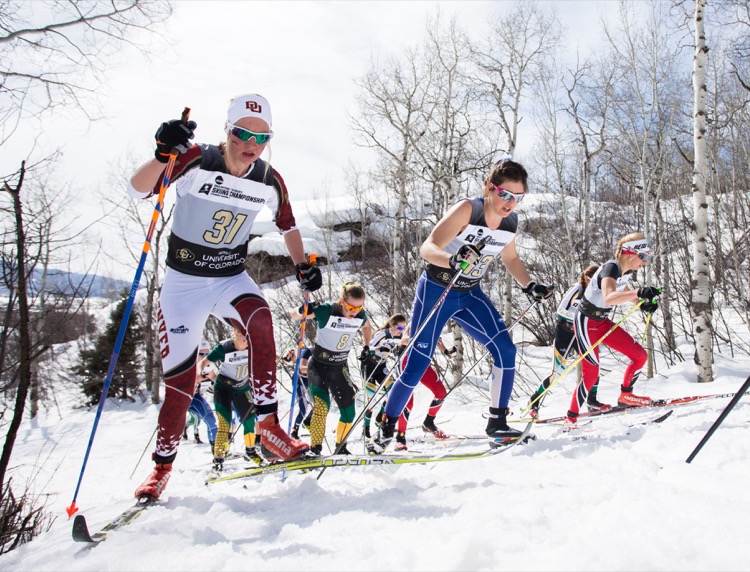 Leaving competitive skiing wasn’t an easy thing for Amber to do, and initially, she struggled with the shift in lifestyle before making the decision to start ultrarunning last year.

“The year I spent without a race schedule after retiring from skiing was really hard because I never meant to stop racing. I just didn’t know what to do next,” Amber laments. “It ended up being super motivating for me because the discomfort I felt forced me to think about what I really needed and wanted out of athletics. It showed me that just staying active wasn’t going to be enough and I needed to get back to setting goals and racing.”

For Amber, running on the trails was a simple decision based on her history with the sport.

“Running is a huge part of training for Nordic skiing, so even though I wasn’t pursuing running specifically, I still hopped in trail and mountain races from time-to-time as directed by my ski training plan and coaches.”

She loved the pursuit all the more because she had her sister by her side as a training partner.

“Being so close in age, my sister and I fell in love with the sport together and spent many hours as each other’s only training partner. We began racing at the national level as pre-teens and so most of our activities were focused around optimizing our ski training.” 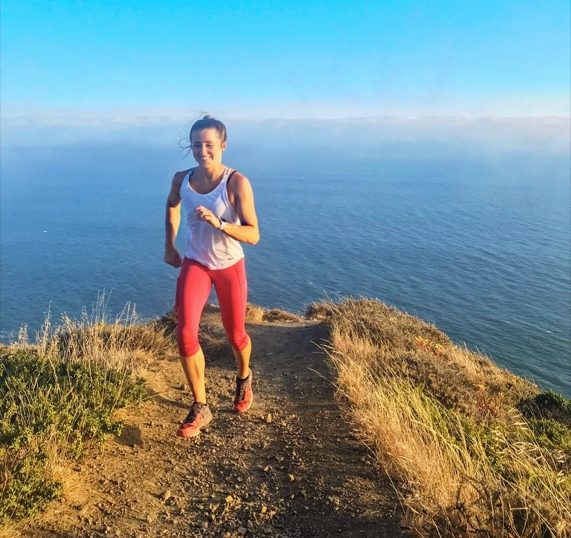 On a 2018 training run in the Marin Headlands. Photo courtesy Olivia Amber.

Amber was 13 years old when on a family vacation in Colorado during the Leadville 100, they decided to check out the ultra scene and cheer on competitors. Amber knew instantly on that August afternoon in 2009 that she would one day be running in one of those races. “These sports have always been more than a pursuit to me, they have been my way of life,” she says.

Although she’s yet to sign up for her first 100-miler, she knows the Pioneer Spirit 50-miler will be a smart step in that direction. With youthfulness and speed on her side, continuing to work on the shorter distances is prudent as well.

“I would love to do the Quad Dipsea again and get a group of women out there to push for Caren Spore’s course record,” she says smiling.

Ultimately, she would love the chance to represent the US in international races, but even more importantly, she emphasizes she wants to find her own way to become a force in protecting our planet, while inspiring women to chase their dreams in all sports.

“It doesn’t matter if you are the fastest or the slowest one out there. Everyone is presented with the same rooty, rocky, muddy and steep trails, creating a pretty cool camaraderie amongst racers that I haven’t seen in most other sports.”

For Amber, the ultrarunning tribe reminds her of the tight-knit Nordic skiing world she already knows so well, and 2020 is all about exploring her limits while continuing to connect with more incredible people in the sport. “I’ve only run three ultras, and I still have so much to learn.”