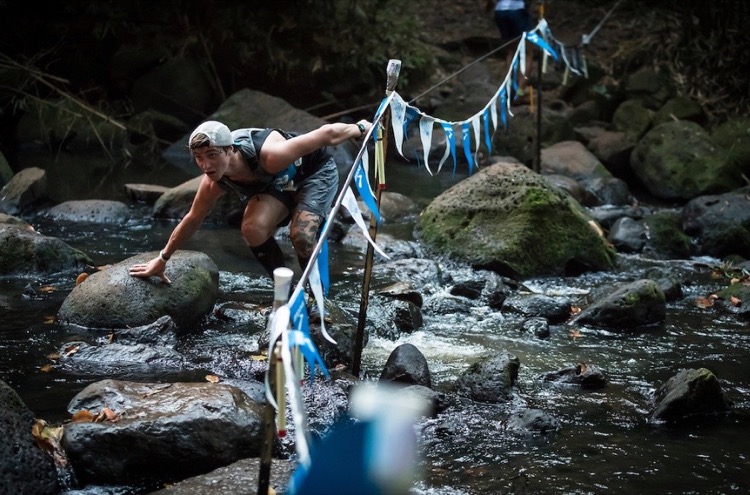 Dealing with a DNF

Going on UltraSignup and seeing a DNF (did not finish) next to your name can be disheartening for a runner. For me it was my first 100-mile race, the H.U.R.T. 100, a race in the rainforest-plush mountains above Honolulu in January. After doing more of a death march than a run, I had to drop at mile 67. Little did I know the impact it would have on my life.

Leading up to the race my life to revolved around being successful in the enormous challenge of running 100 miles. Whether you are running a 50k or 200-miler, my advice to you is to think twice before you DNF. If you are obsessed with running like I am, months after the race you will think about all of the things you could have done on a daily basis to not have dropped out. It has almost been an entire year since that DNF at the H.U.R.T. 100 and it has changed my life, caused major regret, but also has been my biggest motivator.

DNFing causes me daily regret because I had over 10 hours left in the race. Next time you think about dropping, pay attention to how close you are to the cut-off times. You can be in the worst condition you’ve ever been in but if you can take an hour or two to nap, eat or take care of yourself, it can be a game changer and just what you need to keep moving. In addition to not paying attention to the cut off time before dropping, you may not know when you will have another opportunity to run the race again. The H.U.R.T. 100 is a lottery-based entry and during the race I thought to myself that it’s no big deal if I drop out – I’ll just come back next year and get it done – but boy was I wrong. Now after not getting in through the lottery, the next chance I can right my wrong and run the race is in January of 2019.

Although I have major regret from dropping, it has changed my life in a positive way. Sometimes you need the embarrassment of not finishing a race to ignite a wildfire of motivation. After DNFing in January of 2017, I think about that race almost everyday and it has helped me have top finishes in a 50-mile race, 100-mile race and an IRONMAN triathlon. Although I will have to wait another year or longer before I go back to Hawaii to bury the hatchet, I just have to keep hammering and remember the regret, embarrassment and motivation that the DNF brought me.

So if you are an obsessed runner like myself and are thinking about dropping or you have major regret from dropping, just know it will be okay! Yes, it’s devastating and can crush you emotionally, but you have to make the choice to fight back. You are an ultrarunner, you are tough, and you are one of the few to strive for the superhero power of endurance. So take that DNF and learn from it, grow from it, and get motivated from it.

Thanks for sharing, Evan. I, too, have a DNF at Cascade Crest that took some time to come to terms with. But given your language – daily major regret, emotionally crushing, burying the hatchet, keep hammering, embarrassment to ignite a wildfire of motivation – I have to ask why you are so obsessed with this one moment in your life? Do you believe your worth is entirely tied up in your ultrasignup results? It’s not. And going back and finishing H.U.R.T. may relieve the nagging regret, but it won’t help put ultras in perspective. You can love running and racing and believe in it as a transformative act, but it is not your entire life. Sounds like taking a step back here to re-evaluate the role of running in your life could be valuable.

Evan, thanks for writing this article. I had my first ever DNF at the Trans Jeju on Jeju Island last October. I was knocked down early in the race and sprained my ankle. Like any good ultrarunner, I taped it up and continued running until missing the cutoff mid race. Guess what? I blame myself and have felt bad about it for months. Not sure what Justin is talking about…… I won’t be whole again until I go back finish the damn thing next year. The only step back I intend to take is to step back onto the course that defeated me. Thanks.