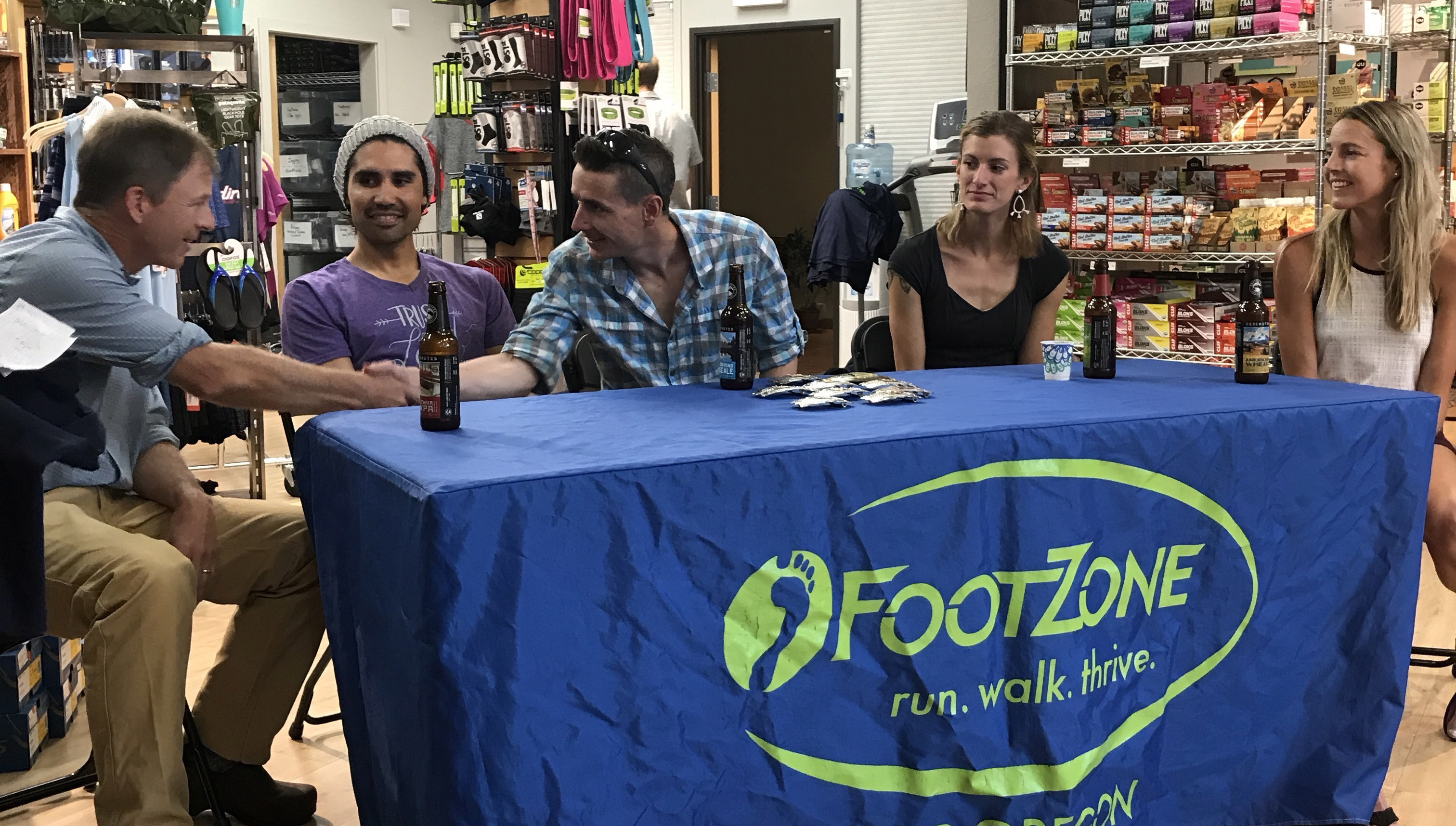 Whether it’s a medical talk on foot care or the vendor expo during the Western States 100 race registration, the feeling is overwhelming:  people have gathered together from all over the world to witness this annual event. But it didn’t matter whether you were a runner, crew member, pacer, volunteer or spectator – you were a part of the ultrarunning community. The days leading up to Western States have been described as electric. An collective energy vibrates throughout Squaw Valley as runners prepare for the race they’ve been training for. None of this would be possible without the community of people who put this race together year after year but also the people who participate in, and support the sport of ultrarunning.

It’s easy to get lonely when training for ultras, as long hours on the trail can feel isolating. A recent recap of the 2018 Western States at Bend, Oregon’s local running store, FootZone, proved that the ultrarunning community is bigger than ever. Not everyone was an ultrarunner, and the hour-long discussion with Bend’s five finishers of the 100-mile race through Northern California proved that our sport not only has amazing athletes from all walks of life, but has also created a community of people who bond over the sport of ultrarunning.

For those new to ultrarunning, it is often the result of looking for something more. In my case, it was because I needed a challenge different from the road marathons I’d been training for year after year. And then I began watching the live feed of the Western States finish line and I was hooked. Not long after, I ran my first ultra and connected with a group of people I was fortunate to call friends. We all geeked out over elevation gain, race stats and qualifying times, and it was a community where I quickly felt at home.

After a few years of meeting new people and developing some of the most important relationships I’ve ever had, I’ve been reunited with old classmates and college friends who’ve also discovered the sport of ultrarunning. Whether we’re running in races together or giving each other kudos on Strava, we’re bonded by the love of a sport we can’t get enough of. Each of us is on a personal journey to accomplish goals that are as just as unique as our hairstyles. But we’ve got each other’s back day after day, and race after race.

Throughout training each week, I am often reminded of my goals by recalling vivid race memories. I find it funny how looking back, the pain never seems as severe but sharing the trails with other runners during an ultra is like watching the brightest stars in the sky – we don’t often see them and when we do, it’s one of the best moments in the world.