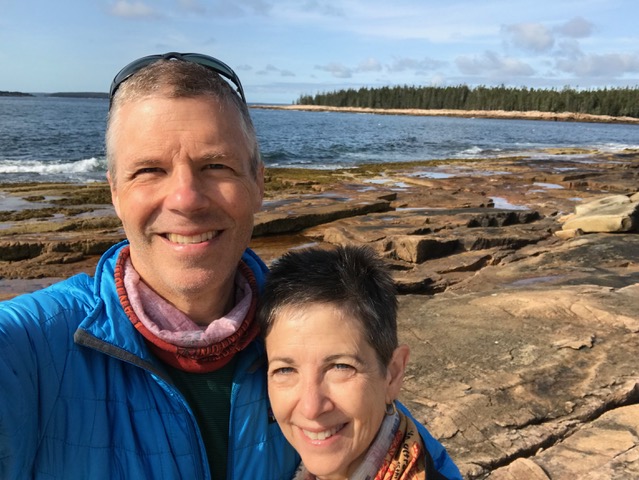 Tears of joy and relief fell from Sam Farnsworth’s cheeks as he crossed the finish line of the Vermont 100 in the summer of 2018. “Being out in the woods anywhere is so uplifting. And it has opened doors to achievements I never could have envisioned possible for most of my life.” At age 61, he is just getting started. 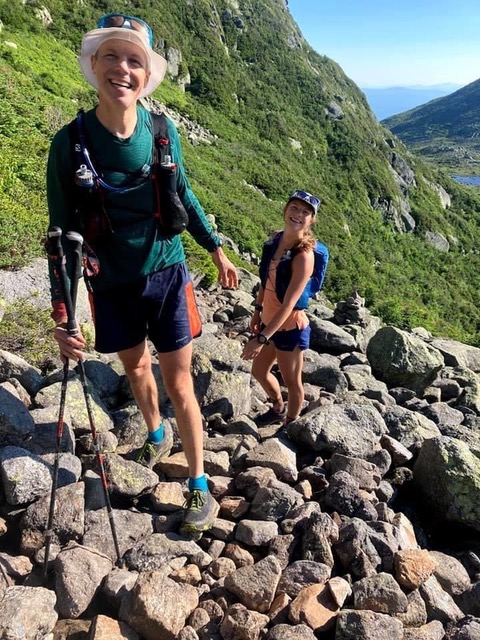 Sam grew up in the western suburbs of Boston with his parents and two younger brothers where his mom instilled her love of the outdoors in her three boys. She taught them tennis, skiing, squash and about all the living things in nature. A major highlight for Sam were their trips to the White Mountains of New Hampshire, where they hiked and explored the rugged and beautiful terrain.

Running wasn’t in the forefront for Sam. He’d occasionally join his dad on a loop around the block. “In terms of running, I was never physically gifted, but slowly in college and then after, I started running.” For Sam, seeing his mom suffer from back pain gave him the inspiration to run the Boston Marathon in the late 80s. “She had always wanted to run Boston and had gone from being a nationally ranked amateur squash player in the early 70s, to living with chronic back pain in the early 80s.”

As Sam prepared for his first marathon, he created his own 12-week training plan, gradually increasing mileage in the weeks leading up to Boston. During the race, he said, “I saw my Mom a little past half-way. She had come out despite her discomfort to cheer me on.” Upon finishing, he was given a commemorative t-shirt, which he gave to his mom. “She was very happy for me that I had completed such a feat.” Sam smiles, “I crossed the finish line and found my soon-to-be wife and best friend, and I said, ‘Don’t ever let me do anything like that again!’” 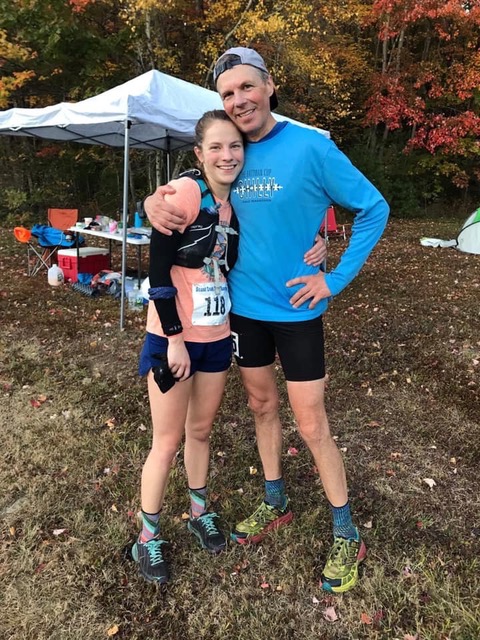 Thirty years later, he found himself tackling his first 100-mile race on a hot, muggy July day in Vermont. For the first 85 miles of the Vermont 100, Sam cruised along the lush, hilly course. “I was smiling, happy, high-fiving, just making my way along fairly easily.” As darkness fell, the typical battles ensued—exhaustion, sleep-cycle interruption and stomach issues—but Sam had his wonderful crew and pacers to lean on. One pacer in particular stood out: his daughter, Sophia.

“Poor Sophia had to just keep her miserable Dad moving for the last 5 miles. At 4:13 a.m., I rolled in and got a big hug from RD Amy Rusiecki and an ice-cold beer.” Sharing this achievement with his daughter was memorable, and Sophia has followed in her dad’s footsteps by becoming an ultrarunner herself.

Sam has plenty of ambitious goals as he looks to the future. “I’m hoping to knock off the R2R2R at the Grand Canyon with friends I’ve met at running camps.” He loves racing, seeing friends and making new ones while pushing his limits, but exploring and tackling adventures are on the top on his list. “I want to see the Wind River Range, Zion, Wonderland Trail, spend time in the Dolomites, Alps, Isle of Skye and Pyrennes.” Clearly his mom’s influence has stuck with him over the years. 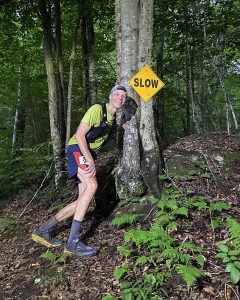 After picking Sam’s brain on how he juggles running his own massage business, family life and training, he said, “It’s interesting to me to hear the term, ‘juggle’ because I rarely feel like I need to juggle. I think this is because I’ve always needed to move in some way. So, when I entered the professional ranks after college, I just always accounted for going to the gym, pool, riding or running in my daily schedule. It has always been a priority for me. Even today as I am trying to get my massage business to maturity, I make time every day for running and get the strength workouts that I need. I will concede that when my kids were young, I would get to the gym during lunchtime and do longer workouts on the weekends. But I have always made exercising a priority.”

With numerous ultras under Sam’s belt and a recent 100-mile win at Chesterfield Gorge 100 this past July, he’s thrilled to keep exploring the open trails. “The ultra scene provides and means so much to me. Kind, friendly, generous runners everywhere I go. I love that at age 61, I am still able to push the boundaries of what is mentally and physically possible—here’s to late bloomers!”