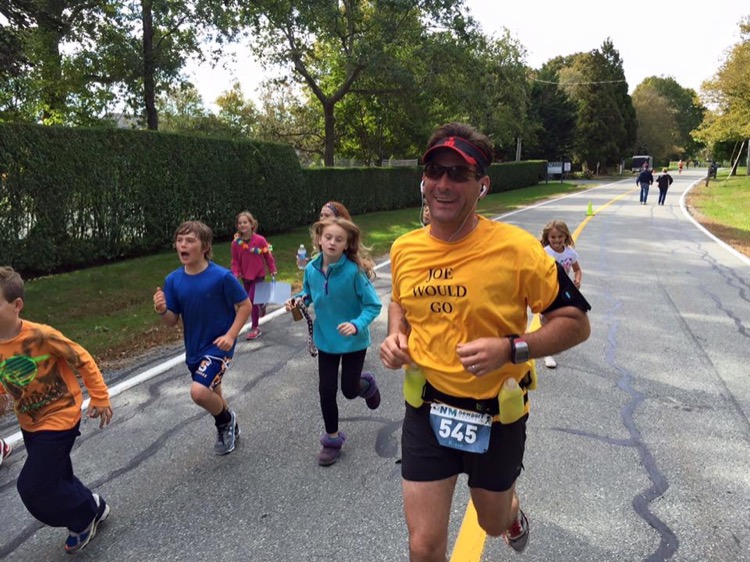 On the eve of Matt Klein’s first Vermont 100-mile race in July 2014, he found himself in tears. He had come a long way since his darkest days nearly a decade earlier. In less than 12 hours, he would be toeing the line, alongside 300 fellow runners. He had worked hard for the opportunity to be there. Matt went on to finish his first Vermont 100 that weekend, and has come back every year since, achieving his 500-mile buckle in 2018.

Matt’s mom was a school teacher and his father worked in a warehouse, “They grounded us and provided us with everything.” He beamed with pride when speaking about his father, whom he calls his best friend. After high school, he was off to the University of Rhode Island where he was introduced to higher education, as well as the world of partying. After graduation, he moved to Manhattan where his struggle with addiction set in over the next decade. During this time he married his wife, Nicole, whom he had dated back in high school. He appeared to be living the perfect life. But inside, he was suffering, and wasn’t sure how to ask for help.

In 2004, Matt’s sister-in-law ran the New York City (NYC) Marathon, and he was impressed with her training leading up to the event. It was there that a seed was planted in his head. He made a pact with himself that day, “I told myself, if I sign up for the New York City Marathon, I would stop using drugs, including alcohol.” With the support of his family, he went into treatment to get the help he needed. 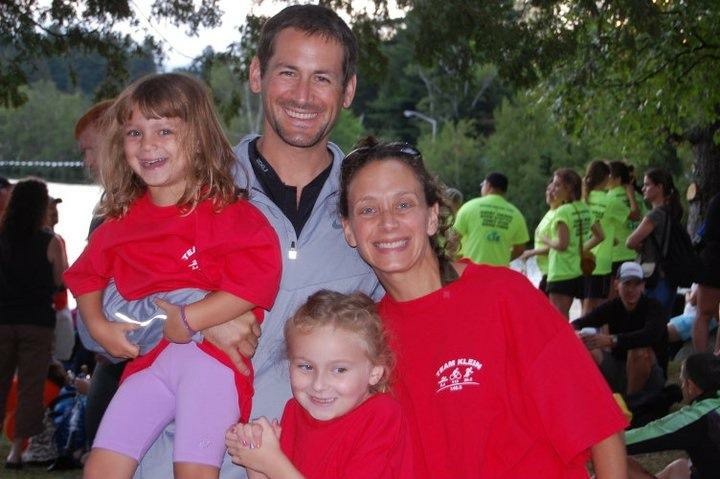 Matt with his wife and kids. Photo courtesy of Matt Klein.

While he was getting clean, something else magical happened. Against incredible odds, he got picked in the NYC Marathon lottery. “I look back at that as a higher power working in my favor before I even knew I had a higher power.” That fourth of July weekend, fresh out of treatment, armed with his 16-week training plan, he began the next chapter of his life. “Against the backdrop of an active recovery program, running gave me so much confidence and has helped me forge a life beyond my wildest dreams.”

Four months later, Matt re-traced his sister-in-law’s steps through the streets of New York and finished the marathon. “It was a life-altering event, and a culmination of 16 weeks of hard work.” He vividly remembers the perfect fall weather that day, with golden sunlight bouncing off of everything. Two million spectators lined the streets, along with about two dozen of his friends and family, who cheered Matt on.

Training in the Watchung Reservation, a large nature reserve a couple miles from Matt’s house in New Jersey, he could see all the inner paths leading to the woods and trails. For six years, he stayed on an outside loop. Even after all of his success, he still had doubts about venturing into the unknown. One day, his curiosity got the best of him and he veered into the woods, “Once I dropped into the trail system, I was blown away by the world that opened up to me.” Soon after, he completed his first 100-mile race, the Beast of Burden in New York.

These days, Matt maintains a busy schedule wearing many hats. He has two daughters, ages 14 and 11, and he’s been happily married for 18 years. His mornings start at 4:30 a.m., as he commutes by train into NYC, often getting home after 7 p.m. In 2019, he will go for his sixth straight completion at the VT100 and will also make his debut at the Tahoe 200. He hopes to eventually get into Western States, and make a run at the Grand Slam. Longevity is clearly part of his plan. “I am always waiting for my brain to kick in and say enough is enough. It hasn’t happened yet.”

Matt’s journey, like many of our own, looks much more like a bumpy trail full of roots, rocks and obstacles than a smooth, paved road. As Matt put it, “If someone else can identify with where I’ve been and what I’ve gone through and that helps them, so be it.”

Love this guy and his family! His work ethic and devotion to his family is a model for all. A truly inspiring story!! ❤️

Matt is truly inspirational. It’s always about others! So much respect and love for him.

Proud to call him a friend and honored to be part of his crew.