Behind the Lens: Nick Presniakov

It’s not often that you find a dehydrated and perhaps, still hallucinating ultrarunner who just spent a full day running 100 miles rushing off to clean up in order to get back to the finish line and cheer on other racers. Arguably even less frequently, do you find the outright winner of a 100-miler hustling to get his camera to snap shots of runners coming through the final chute of glory as the “golden hour” of the race approaches.

The Santa Barbara, CA, based ultrarunner and all-around creative guru Nick Presnikov is this type of person. Not long after winning the 2018 Haliburton Forest Trail 100 Miler in West Guildford, Ontario, Presniakov was back at the finish line capturing each and every runner’s special moment.

“When I’m passionate about something, it’s only a matter of time until I start photographing it,” says Presniakov.

Growing up in the shadow of Mt. Tamalpais in San Anselmo, California, Presnikov gravitated toward drawing, painting and photography at an early age. “I think I knew pretty early on that I was more of a right brain person,” he says.

When he started Sir Francis Drake High School, he quickly took to the arts under the tutelage of his artistic professors in a distinguished photography program. “I registered for as many photo classes as they would let me take and I spent a lot of free periods in the school’s dark room,” he recalls.

College brought him down the coast to the University of California Santa Barbara (UCSB) where he studied communications and devoured art history lectures. At the end of his tenure, he rediscovered his interest in photography around the time he was introduced to the sport of trail running.

Besides running the infamous Bay to Breakers as a kid, he had never run an organized race. “My brother-in-law invited me to run a trail half-marathon with him, and I finished in the top 10 of about 1,000 runners,” he recollects. “That was a pretty big surprise.” Despite mostly playing soccer and skiing while growing up, the trail race was a turning point for him. “As soon as I heard about ultra distances, I was sold.”

At the end of 2015, Presniakov ran his first ultra, the Rodeo Beach 50k in the Marin Headlands. He now considers the ultrarunning community his extended family.

“My favorite part is the people I get to work with and photograph. I love this community,” he explains. “Ultrarunning has been a big part of my life the last four years, and to be able to also incorporate that into my work has been really rewarding.”

Presniakov also knows that the brands he works with appreciate that he actually participates in the sport. By being a part of the ultrarunning community he can bring his experience and some of those sport specific nuances to the work. 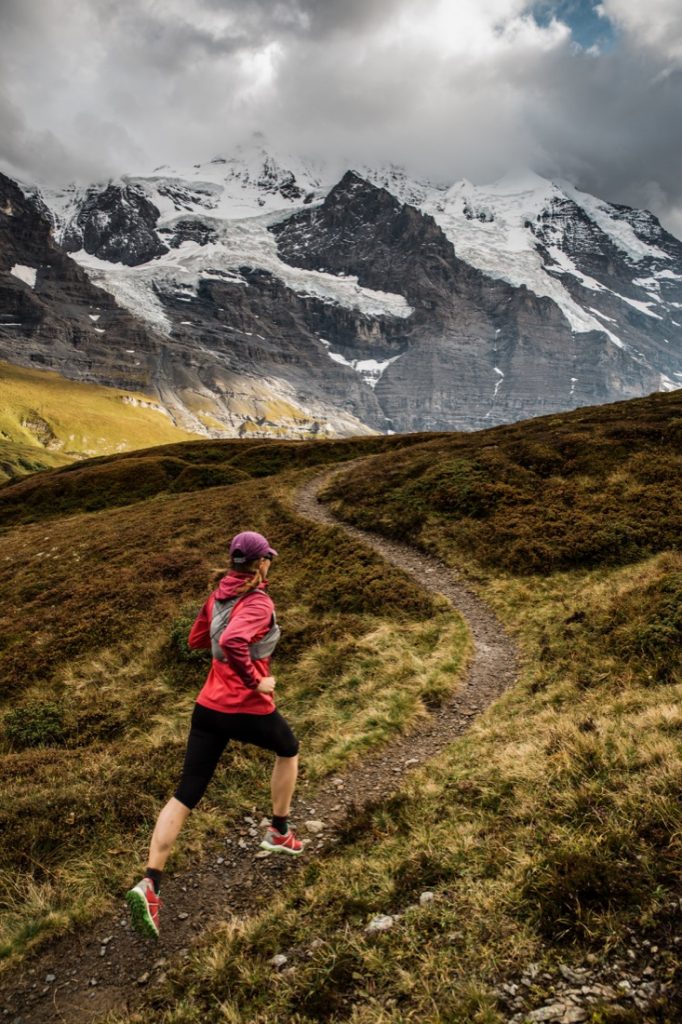 As for his own creative inspiration, he recalls watching Warren Miller films at the start of the Sierra Nevada ski season each year while growing up and being impressed by the riveting productions.

“It was a night of hoots and hollers and stoke for the coming season, and I loved the energy that the films created in the crowd. I’d sit there watching and think about the people behind the scenes shooting the footage, skiing backwards to get the shot or filming from helicopters. At the end of every movie Miller would say, ‘If you don’t do it this year, you will be one year older when you do.’ That’s a phrase I still repeat to myself often.”

Although he doesn’t document as many events as some of his contemporaries, he pictures himself attending Ultra Trail du Mont Blanc and pulling double duty someday. “I’d be stoked to run UTMB in the next few years and because it has so much media coverage, try to approach capturing it in a creative, unorthodox way.”

During these unprecedented times, Presniakov continues to chart his own course. “I’m dreaming up some routes and long trail runs locally that I haven’t had the time to do before. I’m also planning ways that I can help bring runners back together once the dust settles, like hosting events at my studio.” 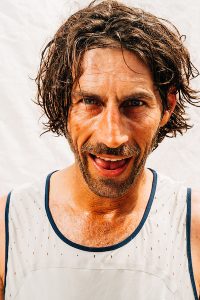 As with many of his freelance photographer peers, Presniakov has seen most projects vanish into thin air overnight and while much uncertainty exists in sport and life as well, he remains optimistic about what the future holds. “I’ve still got some exciting work opportunities later this year and I want to push the limits on what photography looks like within the sport,” he exclaims.

Namely, he’s looking forward to doing some work with the environmental non-profit Runners For Public Lands based in Ventura, California.

From a racing standpoint, he hopes to have the chance to race a 100-miler this year, but like all of us, he realizes the 2020 race season is a big question mark. “Beyond 2020, I just want to stay healthy and keep racing. There are so many great ultras out there that I want to run. Of course, I’ll keep putting my name in the hat to run Western States again, too.” He finished his first Western States in 2018.

With some of his newly found free time, Presniakov is making the time to work on personal projects and is also in the planning stages of directing his first short film. He sees this time period as an opportunity to expand, learning to listen to the land and letting his experiences unfold in natural ways.

Despite the current circumstances, Presniakov remains focused on developing a deeper, more meaningful relationship with his work. While cultivating his ability to connect his passion for photography with ultrarunning, regardless of what the future may hold, he remains firm in his reservations, “I’m just striving to make the best work I can and to keep pushing forward.”

Simple, yet sage advice for us all right now.