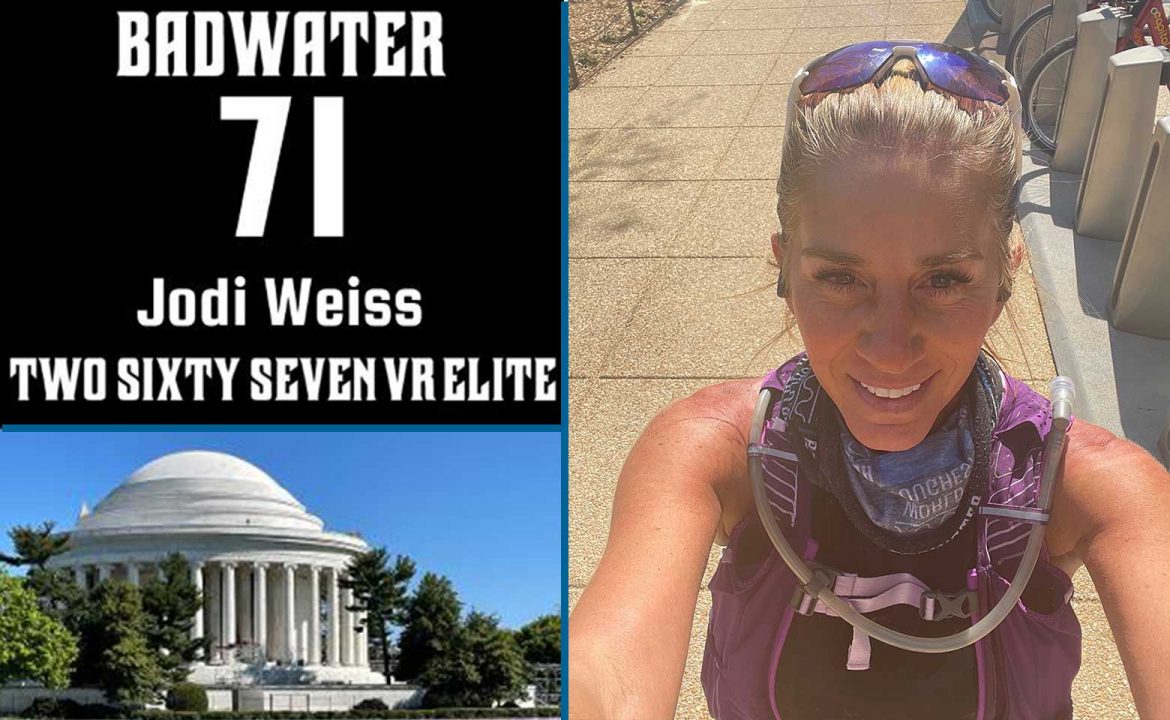 To kick off the new year, I ran the Badwater 267 Virtual Race in January. Participants had one month to run/hike 267 miles indoors or outdoors. An “Elite” version in April, which consisted of the same 267-mile distance, included a 90-hour time limit within 16 days. Plus, all miles had to be run outdoors. I knew I did not have the time to get in the recommended 17 miles in each day, but fast forward to the start on Saturday, April 3, when a few friends posted on FB about their initial runs. I thought, I could probably get in 20 miles today and tomorrow and run more during the weekends to make up for the weekday miles. In my true just-do-it fashion, at 10 a.m. I signed up, and at 11 a.m. I ventured out for my first run while listening to RD Chris Kostman’s livestream on Facebook that featured race instructions, so I would have a clue as to what was required. 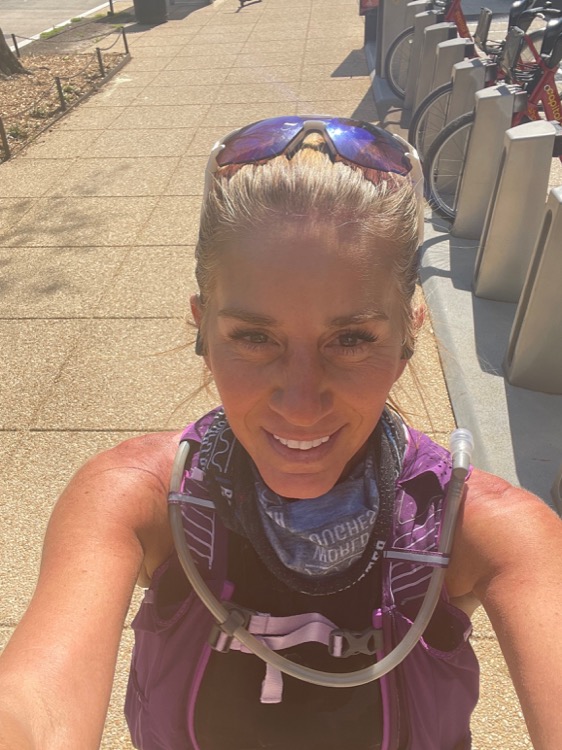 That first day, I added in some walks as I ran errands and clocked about 22 miles. The following day, I was not as euphoric. Yes, the weather was perfect and I was excited to get out on the C&O Canal Towpath, but then my mind started to get involved in the event. You don’t have time for this. Why are you doing this? It takes patience and curiosity to ask oneself what’s really going on and change the mental chatter. After a lot of pep talks, somehow, the struggle dissipated into joy. I finished up the day feeling grateful, with over 40 miles completed for my first weekend.

Unexpectedly, it was fun to follow fellow competitors on Strava. Kostman created a private group for racers, and the camaraderie was contagious. It was motivational to see how fellow competitors were handling the mileage and I was in awe when a participant put in over 30 miles on a weekday. My workdays were limited to a one-hour run in the morning and if I was lucky, a similar run at night.

By the start of the second weekend, I was behind on mileage – I would need to add an additional 20 miles to catch up. Not to mention that a flight to Florida on Friday night to visit my dad for the weekend meant missing my second run of the day. I calculated I would need to clock at least 60 miles that weekend to stay in the game. Florida was bright and hot that Saturday morning when I started out, with temps in the high 80s. I decided to break up the mileage into three runs, complete with a stop at Starbucks to hang out with fellow competitor William Corley, who was running much faster than me. There were also lots of extended breaks to buy Gatorade and water, and a few hours to hang out with my dad in between. I managed to get in close to 62 miles that weekend and found myself back in the game. 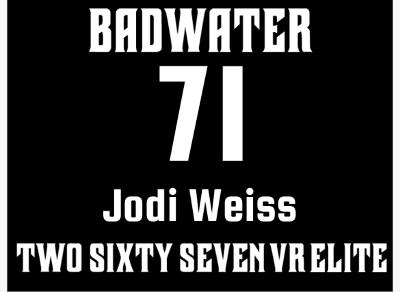 Why 267 miles? Why the 90-hour time limit? In the spirit of the Badwater Ultra Cup—which consists of completing Badwater Cape Fear (51 miles), Badwater Salton Sea (81 miles), and Badwater 135 (135 miles)—the Badwater 267 VR Elite combined the mileage of all three Badwater events, and the 90 hours included the combined time limits of each race: 14 hours, 28 hours and 48 hours, respectively. To add to the real feel of the event, as runners progressed along the route, we received virtual trophies and links to stories, photos and videos of the real events to celebrate progress as we traversed the virtual race route. At the conclusion, the race winner would be calculated by the fastest elapsed time to reach 267 miles.

Over 16 days, my race route consisted of the National Mall, Cleveland Park, Woodley, C&O Canal Towpath, Chevy Chase, Mount Vernon Trail, the 14th Street Bridge, Massachusetts Avenue, Dupont Circle, 14th Street, Roosevelt Island, Key Bridge, Georgetown, Tenleytown and Foggy Bottom. Taking time to capture my run through photos added a new dimension for me by observing the people, places and community. Each day I lost my struggle when I immersed myself in the scenery. In such a broken year, I marveled over the connections all around me. 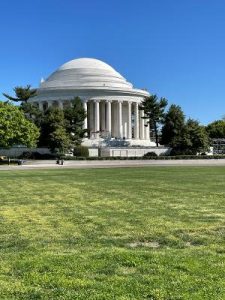 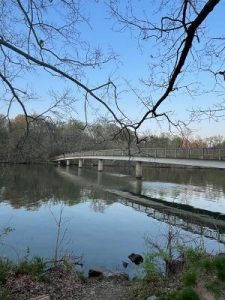 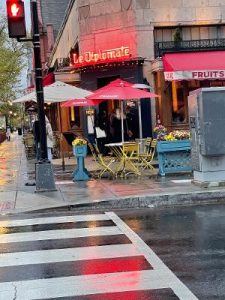 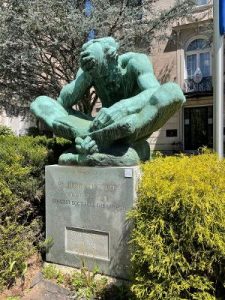 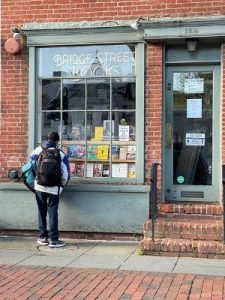 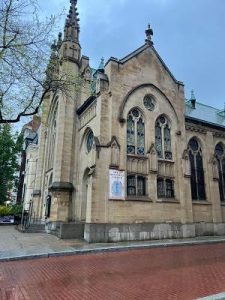 At 13 days in and the end in sight, I reached a breaking point. Trying to juggle everything and clock miles overwhelmed me. In true ultra fashion, I talked myself through it. I had to reassure myself that I would be able to hit 50+ miles during the last weekend, regardless of other responsibilities. I had to commit to getting it done, so I focused on gratitude. And while it helped, it didn’t make my struggle vanish. This race reminded me that you can struggle and be joyful, all at the same time.

When the final day arrived on April 18, dozens of the 200 competitors had already finished and a number of them had DNF’d for various reasons. It surprised me that I was so emotional. As I started my run, I knew I would miss the collective purpose and focus over the last 16 days – the camaraderie and the feeling of being in it together, while we were each immersed in our own separate lives. With five miles left to go I pushed forward, each mile helping me to chip away at the tarnish that the pandemic had settled over my dreams and possibilities, until they all loomed bright again, some 267 miles later.

Hi Jodi, great writeup, very inspirational. Too bad I was unaware these virtuals. Do you know of any of these type of challenges coming up?