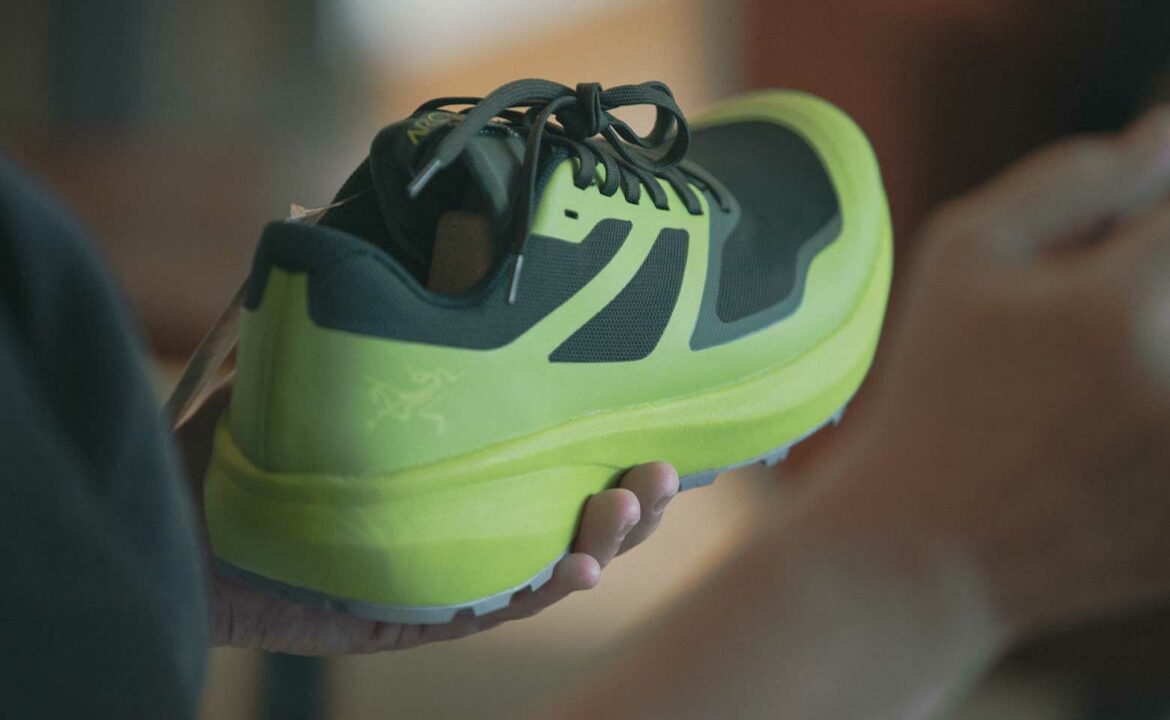 Known for their innovation and high performance outdoor equipment in climbing, skiing and alpine technologies, Arc’teryx is taking that same approach and focusing new energy into identifying the real needs of mountain, trail and ultrarunning athletes around the world.

“Arc’teryx footwear is obsessed with creating premium, technical footwear for our core mountain athlete to move quickly and efficiently in mountain terrain. Since our mountain athletes are multidisciplinary in nature, running is often a part of their training regimen, if not their primary sport,” said Abby Bruning, Global Footwear Product Director at Arc’teryx. She continued, “Because their arena is made of complex terrain, varied elevation, unpredictable weather conditions and often, dangerous, we take our commitment to create footwear for our mountain athletes extremely seriously. This environment creates a plethora of problems for us to solve for and continually improve upon.”

The concept of moving fast and efficiently through mountain terrain requires footwear that combines the smooth ride needed for running with the stability and grip requirements of technical scrambling, balancing agility with protection and keeping debris out, which are the features Arc’teryx aimed to achieve.

“What excites our team is how we separate ourselves from other outdoor running brands and our ‘why’ for creating mountain running footwear,” Bruning elaborated more about Arc’teryx’s deeper push into the trail running community. “The answer is soon obvious when we talk to our mountain athletes. They are training, competing and playing in mountain terrain year-round. Sometimes, these are skimo athletes who run to train in the off-season. Sometimes they are true, competitive trail or ultra athletes. Either way, they demand that our brand has highly technical running footwear solutions that level up to their needs in a clean, resolved aesthetic that only Arc’teryx can deliver.”

Joël Salamin, a footwear designer for Arc’teryx, elaborated on Bruning’s point, “Most of our trail athletes blur the line between running and climbing, evolving at speed in mountain terrain. So, it made sense for the brand to start with a trail shoe that can climb/scramble with the Norvan VT (VT stands for Vertical).” He continued, “We then expanded the line, still solving problems in North Vancouver, with the Norvan LD3 (Long Distance) for the technical rugged trail and the Norvan SL2 (SuperLight) for running between climbs which a lot of our athletes do. As a brand rooted in climbing, we must look at trail running differently, and we are lucky to have amazing local athletes who really approach things differently. We don’t want to be different for the sake of it. It starts authentically with our local terrain which influences our local athletes, which then inspires us to solve their specific problems.”

Arc’teryx’s Portland Design Center (PDC) opened in 2021 and is paramount in helping Bruning, Salamin and the entire team solve advanced footwear problems and create world-class models for their discerning customers. 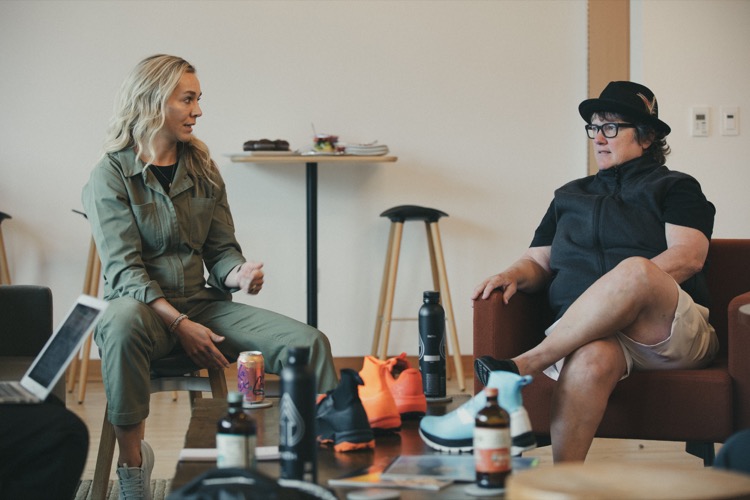 “We decided that in order to create industry-leading footwear, they needed to leverage the expertise and knowledge of industry experts, many of whom live and work in the Portland area,” Bruning pointed out. “Portland is a quick, hour flight from Vancouver, BC, the Arc’teryx headquarters, and in the same time zone. Additionally, Portland is a short drive from the Cascade mountain range and has the largest park inside a city limit: Forest Park. Both of these stats add up for making the city a great location for footwear testing on mountains and trails.”

Salamin emphasized the important role the PDC and the brand’s athletes have played in developing the new iterations of the Norvan series of shoes. “Like for all our products, it started with an athlete’s insight. For the NORVAN SL2 we wanted to build on the great insight from the first model which was ‘I need a shoe to run between climbs.’ That means it must be extremely light to be carried when climbing, but at the same time, protective enough to travel in technical terrain.” The first model was good, but it had a couple of improvements that needed to be made. “It was about evolution not revolution. We improved the midsole durability, increased the comfort of the heel lining and perfected the lacing system. We also saw potential for more weight saving, creating the lightest shoe on the market at 170g.”

As for the NORVAN LD3, Arc’teryx and Salamin really leaned on their learnings from the two previous editions. “We worked with our athletes to understand their needs and assess how we could improve on their expectations. Two key improvements needed were the performance of the ride and the durability.” Salamin said they were quick to act with proprietary technology. “The new InFuse foam was developed to offer more cushioning and be more resilient than the previous foams we used. We spent lots of time with our R&D partners testing various geometries and densities to land on the best possible solution. Once we found the best midsole design, we tested prototypes not only with our local athletes but some of our athletes in Europe to really push the performance and the durability of the shoe.”

Innovation doesn’t stop here for Arc’teryx, though. Salamin mentioned a new alpine running shoe coming out very soon called the VERTEX. “It is for runners who want to adventure up in the alpine, mixing running with scrambling in very technical terrain.” It was developed very closely with renowned mountaineer Eric Carter. The NORVAN SL3 will also be released early in 2023. 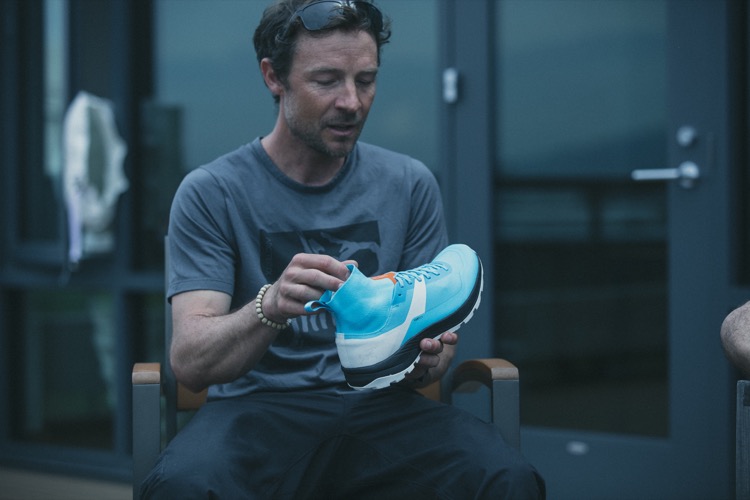 In a rapidly growing market, Bruning expects Arc’teryx to continue to evolve, push the limits and stand out in a crowded market by staying true to their roots. “We aim to create footwear that will exceed the expectations of our athletes.” She detailed, “We start with the needs and drive with purpose. We prototype, test and validate. We push to advance. Following in the successful footsteps of success in our apparel and hard goods teams, we are focused on solving for athlete needs in authentic, beautiful, functional and responsible ways, anchored in our climbing heritage.”