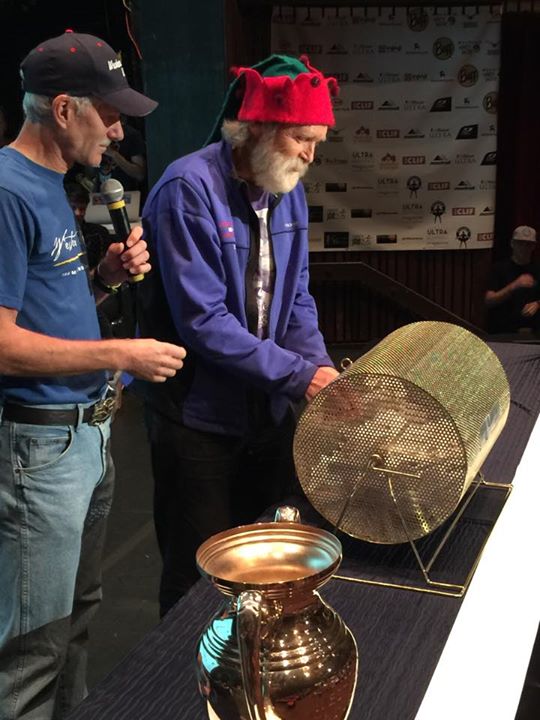 All I Want For Christmas

While shoppers begin to plan which big ticket items they’ll purchase on Black Friday, ultrarunners are also busy. Having thrown their names into some big lottery hats for next year’s races, many are waiting with the anticipation of a seven year-old on Christmas Eve. Some are hoping their ticket is pulled in early December, while others are just longing for the chance to challenge themselves on a course they’ve been dreaming about. Either way, this time of year has the ultra community giddy with possibility.

So why lotteries? Those who are new to the sport might wonder why they can’t sign up for (and automatically get into) every race. The answer: trails. Most trails are located on federal land, which requires special use permits. Those permits ensure that there are limits to the number of people, equipment and recreational activities (like ultrarunning), so as not to cause extensive damage. The U.S. Forest Service has currently authorized 74,000 permits on over 192 million acres of national forests and grasslands.

Rainshadow Running puts on approximately 11 ultramarathons each year throughout the Pacific Northwest. Most of their events take place on public lands, which means they use the lottery system for at least three of their races, including Orcas Island 25K/50K in Washington. Almost all of their other races in 2015 sold out within 48 hours. Rainshadow states their reason for using the lottery system, “We want everyone to have a chance to register. Last year (2014), 99.9% of folks who signed up for the lottery got into the race of their choosing, and the lottery just ensured no one had to be stressed about missing the opening date/opening hour (online) and being out of luck when the race sold-out.”

Unfortunately, not every lottery is so promising. Legendary ultramarathons like Western States and Hardrock have qualifications just to get into the lottery alone. Due to the increasing number of applicants each year, both races have implemented unique systems that require runners to have finished qualifying races – proving that they are experienced runners capable of completing the 100-mile distance on challenging courses. Last December there were 2,566 applicants with a total of 6,601 tickets, vying for 270 spots at this year’s Western States. Do the math, and you’ll discover there is an average 4.7% chance of having your ticket pulled during the lottery at Placer High in Auburn, California. Fortunately, each year your ticket for WS doesn’t get pulled, you get an additional ticket in the hat. So say you’ve tried for three years and failed to get your name drawn, you’ll have eight tickets on your fourth year. Of course, applicants are still required to finish a qualifying race, and re-apply each consecutive year.

The implementation of the lottery system is not without controversy – the spots are coveted, and many of these races present an opportunity for elite runners to compete against the best in their sport. Most race directors make a point to annually evaluate their entry systems, determining the fairest method which will allow runners a once-in-a-lifetime opportunity to toe the line. And while the odds of getting an entry at Western States are slim for a first-timer, they increase with every passing year. So, if Santa doesn’t bring you what you’ve been hoping for next month, enjoy your 2016 season, stay healthy, and keep reaching for the winning ticket.